Ministers have snuck out proposals for a stealth tax on union funds. 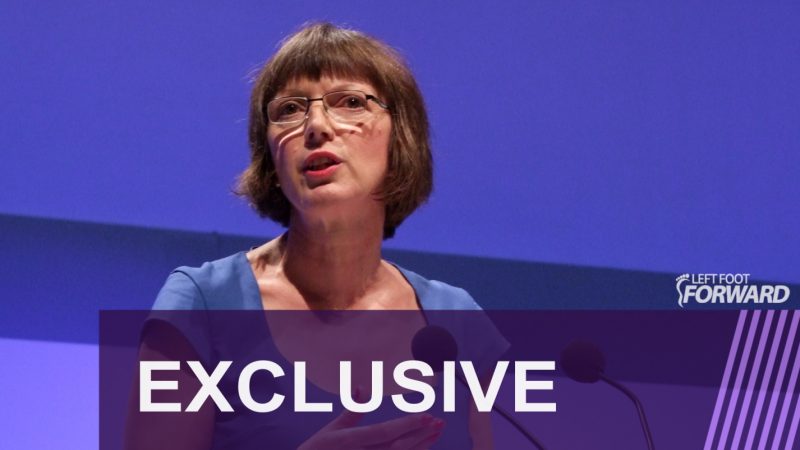 Tony Burke is Unite Assistant General Secretary, the TUC General Council Lead on Employment and Union Rights and chair of the Campaign For Trade Union Freedom.

Following the failure of the government to include a promised employment bill in the recent Queen’s Speech, last week they snuck out proposals that are nothing short of a major attack aimed at shackling trade unions.

Importantly, the TUC were not consulted about these proposals.

The government is dusting off measures that were contained in notorious Trade Union Act 2016 but need secondary legislation to pass into law.

The effect of the plans will be to put a major strain on union finances and their members at the very time that the pandemic is still causing economic harm, and running rife through the UK.

They also risk tying up trade unions, in responding to time-consuming and expensive investigations prompted by right-wing pressure groups – potentially making them pay for vexatious investigations that have no merit.

In effect the government is proposing a ‘trade union tax’ – a levy of up to 2.5% of union of income to pay for the Certification Officers office.

For trade unions – which may include individual unions and union bodies such as the TUC – this is a major attack on union finances.

Professor Keith Ewing, the leading employment lawyer, said that 2.5% of total annual income could be as much as £30 million.

Professor Ewing told LFF the tax cannot be higher than the costs of running the Certification Officer which at the moment is about £750,000, and the money must only be used for specified purposes yet to be identified.

But he added: “Unions need to be alert to ensure that this power is used only for the purposes set out in the 2016 Act. This is effectively a tax, and as the Court of Appeal made clear in 1976, any abuse of this power will be stamped on heavily by the judges. It seems reasonable to speculate that the use of this unprecedented power could easily end up in the Supreme Court.”

Ewing says this policy is likely to make the UK an outlier among advanced economies, pointing to a ‘more sophisticated understanding of freedom of association in other European countries’. It was a commitment the Johnson government accepted in the free trade agreement post-Brexit. “The Labour front bench needs to be more awake [to this]”.

“There is surely no other country in which the state imposes excessive statutory burdens on free trade unions, and then expects the same trade unions to pay for the state official who is then appointed to police these controls.

“Unions need to be ready to challenge the use of these powers internationally, as well as in the domestic courts”.

Apart from this generous cap there will be little to stop the Certification Officer, or her successors, expanding their activities or going on fishing expeditions, which will be funded by unions themselves.

The government says that cost of external inspectors will be excluded from levy, as are external lawyers. But the costs of regulating political funds and superannuation funds will be included in levy.

The government is also activating the power of the Certification Officer to levy fines of up to £20,000 for individual breaches of the UK’s notorious restrictive and complex trade union legislation.

There are ‘discounts’ the government says for unions with less than 1000,000 members, but there will be no need for the CO to give written reasons why they have decided to impose a financial penalty.

Other new powers, such as investigating third party complaints about breaches of statutory duties, appointing inspectors to investigate complaints, taking legal action to enforce any orders imposed on unions, will require commencement orders.

The statutory instrument requiring affirmation for powers to levy fines could be introduced as soon as the summer. Additional consultation on the levy closes July 21st.

TUC General Secretary Frances O’Grady said: “The pandemic has brutally exposed the terrible working conditions and insecurity many in Britain face. Millions have workers have turned to unions during the crisis to protect their jobs, defend their rights and keep their workplaces safe. But rather than cracking down on bad employers, the government is trying to tie unions up in more red tape.

“These reforms are based on politics rather than the real problems working people face. They will hit unions with expensive new levies – that’s money straight from the pockets of care workers, nurses and supermarket staff. And unions will have to spend more time dealing with baseless complaints. Ministers should be working with unions to improve working lives – not looking for new ways to undermine us.”