Ministers' total package works out at around £310 per pupil - compared with an equivalent total funding of £1,600 per pupil in the US, and £2,500 in the Netherlands. 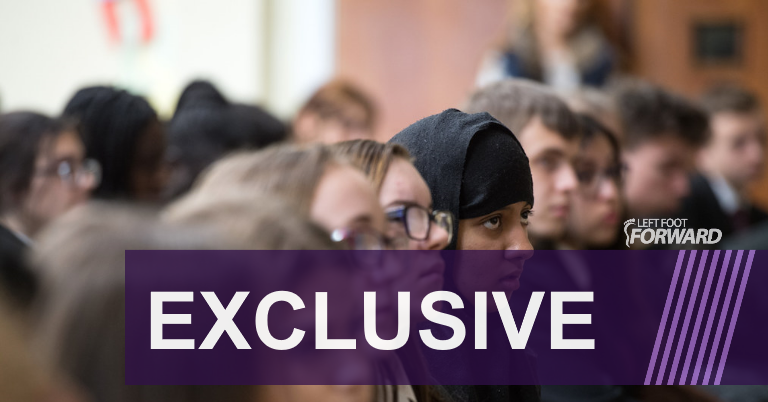 By a large margin, voters say the £1.4bn in pupil catch up funding offered by the government in England is ‘too little’, LFF can reveal.

The UK government recently announced an additional £1.4bn would go towards helping pupils recover from the impact of the pandemic on their schooling.

But the extra funding from ministers, announced two weeks ago, amounts to just £50 more per pupil every year – leading to widespread criticism from education groups.

The Education Policy Institute (EPI) said the sums are just “a fraction of the level of funding required to reverse learning loss seen by pupils” since last March.

EPI published research findings which showed that a three-year package totalling £13.5bn will be required from the government to undo the damage to pupils’ learning as a result of the pandemic.

Per pupil, this level of funding required to reverse pupil learning losses is ten times higher (£500 per pupil per year) than that which the government has set out.

Ministers’ total package works out at around £310 per pupil – compared with an equivalent total funding of £1,600 per pupil set aside in the US, and £2,500 per pupil in the Netherlands.

Now polling for LFF by Savanta ComRes shows that 42% of voters think it is too little, compared to just 13% who think it’s ‘too much’. Barely a quarter of voters (27%) think it is ‘about right’.

Paul Whiteman, leader of the National Association of Head Teachers, said ministers’ catch up plan is ‘well below par’: “Education recovery cannot be done on the cheap, but as things stand, that is exactly what the government is proposing.”

And Chancellor Rishi Sunak was accused of presiding over ‘a false economy’ by vetoing a higher £15bn schools catch up plan from education sec Gavin Williamson.

The poll findings will pile pressure on the government to stump up more cash to ensure there isn’t a ‘lost generation’ of pupils whose parents could not afford private tuition or to stay at home and teach while schools were closed.

In March, a British Academy report found that the social impacts of coronavirus will be felt for a decade or more, with the loss of education playing a major role. The Institute for Fiscal Studies found this February that school closures could cost children £350bn in lost future earnings.

The independent think tank report noted: “By the time the pandemic is over, most children across the UK will have missed over half a year of normal, in person schooling. That’s likely to be more than 5% of their entire time in school. Absent a substantial policy response, the long-run effects of this learning loss are likely to be slow-moving and substantial. We will all be less productive, poorer, have less money to spend on public services, and we may be less happy and healthy as a result. We will probably also be more unequal, with all the social ills that come with it.”

The question asked was: “It has been estimated that the £1.4bn announced for the post-pandemic catch-up programme for pupils in England equates to around £50 per pupil per year. Do you think this is too much, too little, or about right?“