Labour must return to its socialist principles to offer a transformative mandate to the nation. 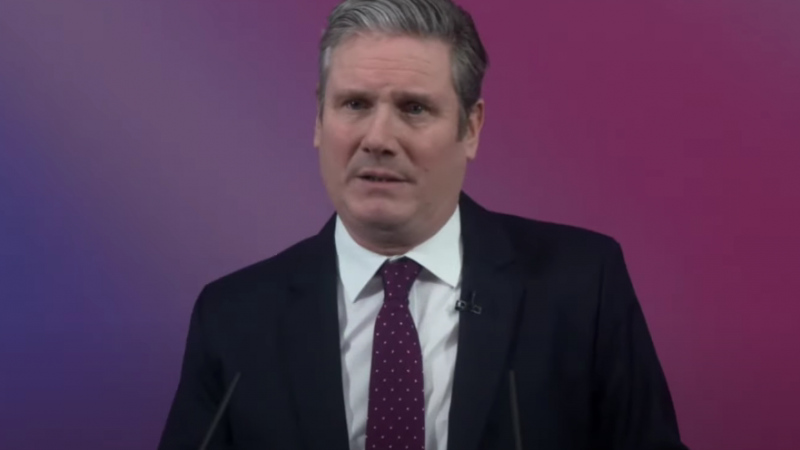 The local elections have passed and a damning indictment of Labour’s failures followed. One year into his leadership, Keir Starmer seems to focus his energy on ostracising those on his left whilst taking a gentler approach with the hardline Conservative government.

The mention of ‘policy’ surely had Starmer aides flailing when they offered a weak mandate to Britain’s local authorities this month.

Labour were victorious in areas where they promoted municipal socialism, counteracting the strategy from parliamentarians and the leader’s office. From Wales to Manchester and Salford, socialist policies were at the forefront of local campaigns that won over the electorate.

Where Labour failed, flag-waving and pint-drinking took centre stage in a not-so-subtle misread of its audience. Even a former Tony Blair muse and now socialist insurgent, Andy Burnham, pledged vast renationalisation of services in his bid to retain the Greater Manchester mayoral position. Burnham, smart and precise in his tactics, knew the only way to success was to reach leftwards.

No matter what Labour officials’ views on Corbynism are, it is hard to discredit the transformative 2017 manifesto after it stripped the Tories of their majority. The radical agenda brought hope to an electorate exasperated with austerity and inequality.

Starmer seemed to understand that in last year’s leadership race by adopting Corbyn proposals to seek approval. Now, he’s intent on replicating the “electability” of the New Labour era through moderate manoeuvres. He’s even asked for guidance from former centrist politician and vehement Corbynsceptic, Peter Mandelson.

Mandelson’s recent comments chastising “hard-factions seeking to control our largest trade unions” was a cringeworthy feel-the-room moment. He inadvertently insulted trade unions who have kept checks and balances on the government throughout the worst pandemic in modern history.

Unions helped teachers call for safety measures before the return of schools, demanded the abolition of “fire and rehire” measures at British Gas and, in my local area, led a strike with Thurrock bin workers for better conditions. Trade union membership has soared over the past year but their powers are still limited under legislation. His dismissal of their efforts is likely to offend those who elected socialist councillors across multiple areas who promoted trade unionism.

Starmer’s insipid image is making matters worse when it comes to his party’s poll numbers. The left pine for a leadership challenge whilst the right hope to parachute in a more competent successor. Louise Calton, organiser for South Essex Momentum branch, is keeping prepared for a leadership challenge “although they’ll throw everything at it to stop a left candidate”. Meanwhile, an activist in Basildon asks “members to engage in their CLPs to ensure they have left-wing parliamentary candidates for Labour to deliver its historic mission”.

It is clear that the party has an uphill battle to climb. The next test is whether it can retain the seat of Batley and Spen, once held by the late Jo Cox and now being contested by her sister. To do this, Starmer must quickly realise that Corbyn may have not been the right candidate for the job, but his push for socialism was crucial.

Centrism is a thing of the past and one that has a controversial reputation from the Blair/Brown era. Boris Johnson and his cronies have pushed through economic interventionist measures; from “levelling up” the north to paying the wages of all those forced at home during lockdown. They know it’s popular and Labour should too. Without big government and large-scale public spending, the demise of Labour could be in sight.

After a resounding electoral victory for Salford Council, leader Paul Dennett outlined why his Labour vision won by “putting people before profit” and how this is “a lesson the leadership should heed”. Salford voters, or those in Wales, Liverpool, Manchester and Preston, did not want a diversion from progressivism. They saw positive economic change that could rejuventare working-class areas. If bland centrism was on the table, it would dissuade all voters who call for a radical alternative.