Amid the devastating outbreak in India and fears that vaccine-resistant strains could undermine a global recovery, calls are being ramped up for UK to drop opposition to the intellectual property waiver on vaccines. 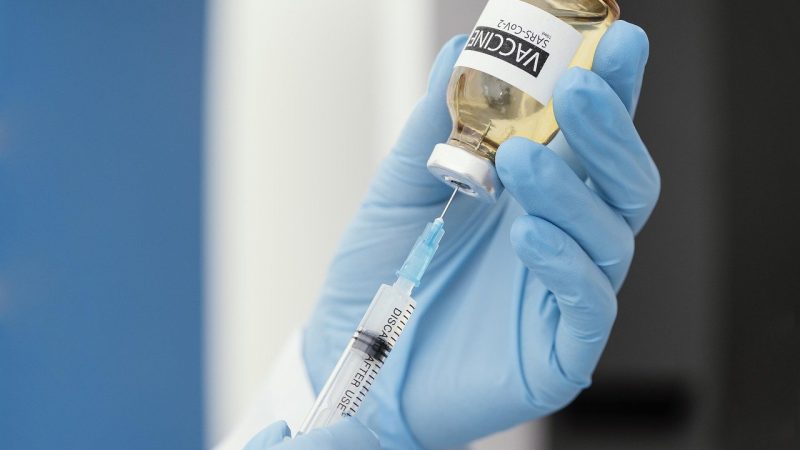 In a move that will help expand vaccine production worldwide, the United States has announced it supports lifting patent protection for coronavirus vaccines. The UK is coming under increasing pressure to take a similar stance to help speed up the vaccine rollout in poor countries.

The proposal to temporarily waiver intellectual property protections for Covid-19 vaccines was made by the World Health Organisation (WHO).

Under the Trade-Related Aspects of Intellectual Property Rights (TRIPS) agreement, pharmaceutical firms are given monopoly control over vaccine production.

In the current pandemic climate, the TRIPS agreement has sparked a backlash, namely through fears it could impact poor countries from ramping up their own vaccine supplies.

A major step in global efforts to fight the pandemic

Following pressure to remove the patent agreement, including campaigning from Progressive Democrats, US trade representative, Ambassador Katherine Tai, announced that the United States is supporting a waiver of intellectual property rules on Covid-19 vaccines. The shift in the US’s position on patent protections – which has long believed in intellectual property protections – is seen as a major step to facilitating global efforts to fight the pandemic.

“This is a monumental moment in the fight against #COVID19,” Tedros Adhanom Ghebreyesus, director general of the World Health Organisation, wrote on Twitter.

Amid the devastating outbreak of the virus in India and fears that vaccine-resistant strains could undermine a global recovery, Britain is under growing pressure to follow Biden’s lead.

Calls are escalating among political parties and health and humanitarian groups for the UK follow suit and renounce intellectual rights on vaccines.

The former Labour prime minister Gordon Brown is calling for G7 to end “vaccine apartheid” to make the jabs universally available. The same appeals to use next month’s G7 meeting to commit to taking the necessary steps to ensure an international vaccination programme as a “global common good”, are being made by the People’s Vaccine Alliance and global faith leaders.

On the back of the news that the Biden administration is supporting waiving vaccine patents, Zarah Sultana, Labour MP for Coventry South, said the move will help the Global South access the vaccine and end vaccine apartheid.

“The UK government must now do the same,” said Sultana.

Such sentiment is shared by the Sunrise Movement, a group dedicated to building a movement of young people to stop climate change.

“We’re witnessing vaccine apartheid. We need to share these patents, our knowledge and technology across the planet,” they tweeted.

Nick Dearden, director of the social justice organisation Global Justice Now, which is part of the People’s Vaccine Alliance, reacted to the news that the US is backing the waiver. Dearden shared commentary with Left Foot Forward:

“This seismic decision from the Biden administration is a watershed moment. It could be the beginning of the end of vaccine apartheid if other leaders like Boris Johnson stop standing in the way.

“The Prime Minister has no more excuses. He must now follow Biden’s lead and drop his opposition to the intellectual property waiver immediately. Anything less would be shameful.

“This is not the end of the process, and negotiations will now begin at the WTO in earnest – these negotiations must be conducted openly and with transparency. We urge all world leaders to see the writing on the wall and put peoples’ lives ahead of corporate profit.

“In the many months since this waiver was first proposed, we could have produced many hundreds of millions more vaccines. Let’s get moving. The UK, EU, and all remaining blockers need to get out of the way and let the whole world work to contain this awful virus as quickly as possible,” Dearden added.

Left Foot Forward spoke to a government spokesperson on if and when the government plan to join the global fight against the pandemic and lift vaccine patents. The spokesperson said:

“The UK is working with WTO members to resolve this issue. We are in discussions with the US and WTO members to facilitate increased production and supply of Covid-19 vaccines.

“As one of the biggest donors to Covax, we will ensure global access to vaccines and continue to encourage manufacturers to provide their vaccines on a not-for-profit, transparent basis.”

They also informed that the International Trade Secretary is challenging UK industry to do more to ensure equitable access for all, through knowledge sharing and partnerships between industry and manufacturers.

“The UK continues to engage constructively in the WTO TRIPS Council,” the government spokesperson added.