It's time to unpick the Tories' misleading environmental promises. 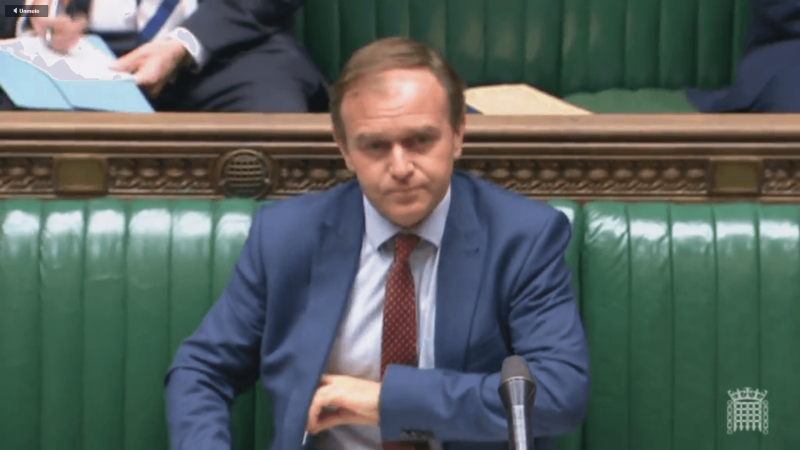 On Times Radio this week, I was asked if environment secretary George Eustice’s new plans for nature were ‘ambitious’. I had to respond that was just about the last adjective I would have used.

Nonetheless, the minister’s speech was powerful evidence that campaigning works. Two of its offerings – on a 2030 ‘state of nature’ target and a 2024 end to use of peat in garden compost – reflect the foci of massive efforts in campaigning. More than 160,000 people have signed the petition calling for an end to natural decline, in a drive coordinated by Wildlife and Countryside Link and backed by all the large nature NGOs.

The peat campaign has seen many celebrities, particularly importantly gardeners and the Royal Horticultural Society, speaking out about the wholly unnecessary damage being done by the destruction of peatlands for compost.

But that doesn’t mean campaigners can now sit back and rest on their laurels. We’ve learnt again and again from this government that when it comes to nature and the environment, it will be aiming for maximum splash from the announcement, but minimum impact in the action.

That’s true of plastics. Our minimal ban on stirrers, straws and cotton buds that came into force last year was not ‘world-leading’, as the government mechanically claims about every action, but behind the European Union’s more extensive ban. It is also far from the ban on single-use plastics needed.

On upland peat, a so-called ‘ban’ is nothing of the sort, protecting only 40% of this fragile, precious landscape. It will leave 213,000 hectares to the ‘mercy’ of the driven grouse shooters, who’ll continue to be able to destroy carbon stores, inflict air pollution and increased flooding risk on their communities, and fry huge numbers of wild animals. All so there can be more grouse to shoot on the Inglorious Twelfth.

There was bemusement that there would be yet another consultation before the implementation of the ban. Given that back in 2010 it was agreed peat compost would be phased out by 2020, these issues have been extraordinarily well-explored. Consultation instead of action (we might call it a disease of consultationitis) – see the bottle-deposit scheme for England that is now, possibly, maybe, going to come into action in 2024 – is this government’s pattern.

There’s also concern that an offer to restore 35,000 hectares of degraded upland peat is not nearly the scale of action the climate emergency and nature crisis demand. The Wildlife Trusts described the announcement as disappointing and are calling for all upland peat and a quarter of lowland to be restored.

Much else apparently good in the announcement slides away into the bins labelled ‘inadequate’ and ‘unclear’. As Green MP Caroline Lucas pointed out, the long-awaited tree planting pledge is only one quarter of what is needed at even a basic level.

And there’s much concern from campaigners that this has to be ‘the right tree in the right place’. Shoving in saplings in random pieces of ground, or planting expansive monoculture plantations for wood production, is not going to deliver what is needed for nature, climate or communities.

There’s also odd elements of George Eustice’s speech, that add to the impression of it being a hastily assembled set of tick boxes. There’s a nod to the growing public passion for rewilding and re-introduction of lost species. But the only species mentioned, wildcats, is an odd choice, when real progress is being made on pine martens and beavers (even if the latter is controversial in some quarters).

The suggestion of restoring the golden eagle to England is also kick in the teeth to raptor-lovers, conjuring up immediately the awful, desperately sad image from Scotland of the magnificent creature, collapsed beside the deliberately laid bait that killed it, earlier this month.

After the speech, news came out that two male hen harriers had disappeared in suspicious circumstances in Cumbria. These are likely just further cases of the persecution of raptors closely associated with the ‘industry’ of driven grouse shooting.

The Defra Secretary claimed that the government is making protecting nature a ‘pillar’ of its work. Instead, this is a ‘pillar’ built of crumbling sandstone, thrown together with careless hands.