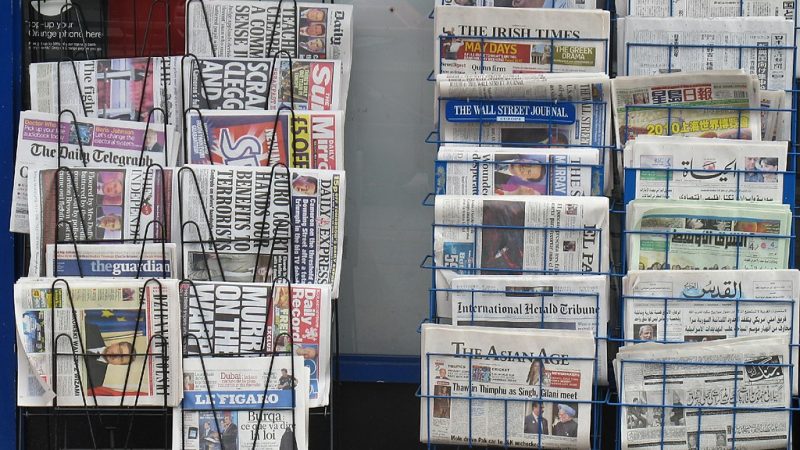 Watching the UK-wide coverage of the 2021 Holyrood election from north of the border, you could be mistaken for thinking London journalists felt they were on an international assignment.

Scottish writer Val McDermid was asked by Sky News broadcaster Adam Boulton if English would be the language of choice in an independent Scotland (only 1.1% of the population speaks Gaelic). Another segment on Sky News featured a rambling on an Opinium poll, with a graph nowhere near proportional to the results of the survey. It suggested that the Lib Dems had half the support of the SNP.

On election day, the BBC website threw up an American-styled ‘first to win’ graphic between the SNP and the Tories. Though they’re indeed the two biggest parties in Holyrood, the style shows a misunderstanding of our electoral system. The D’Hondt system is part PR, so to frame the results in this way is far from representative of what the final result may be.

After election day, the reality of what happened was subtly denied. In a particularly egregious graphic from Sky News, the Lib Dems were given their own listing with only four seats. The Scottish Greens, The Scottish Greens, who first overtook the Lib Dems in 2016, were relegated to an ‘other’ section with their eight seats. The lack of a majority for the SNP, and the Greens’ success, means that they will be a crucial component in holding the government accountable on issues such as climate change, but this angle was not really considered by the wider UK media.

And perhaps it’s not surprising that the UK media refuse to frame Scottish politics in an honest way. The fairness of the reporting is an afterthought when a threat to the British establishment arises. Similar to the unfair coverage of Jeremy Corbyn, it’s in their best interest to downplay the validity and potential of Scottish independence lest the ideas resonate with viewers.

This was most apparent post-election when BBC Radio 4 interviewed a young independence activist. Kelly Given gave a 25-minute interview discussing why young people are open to independence, what kind of policies they would like to see in an independent Scotland and why there is such a strong progressive sentiment among young Scottish people. Given remarked that her political life came into view when she was taken to see Nicola Sturgeon speak at an event. Journalist James Naughtie tried to frame this as akin to a “religious conversion” which Given vehemently denied.

When the piece aired, the anecdote about seeing Nicola Sturgeon speak was the only included section. The adopted framing was that independence was a religious pursuit for SNP zealots who were on a “mission”. Faced with the ideas, the tactic was to tie support to a cult of personality.

To say the room was hostile to independence is an understatement, both on the panel and in the audience. The denial of reality was so thick that Paul Mason’s acute point on never escaping the topic unless the needs of Scots were listened to was striking in contrast. Kate Forbes gave the usual “democratic will of the people” retort from the SNP handbook but it was not enough for this uphill battle.

In one of the more absurd moments of the program, an audience member followed up Kate Forbes by suggesting that Scotland has no democratic right to hold a referendum as only 2.5% of the UK population voted for the SNP in the Scottish elections. Certainly not the same standards that were held to the Brexit mandate.

Scotland is in a place now where ideas such as universal basic income and the four-day work week are entering mainstream political discourse. These are the types of ideas Scotland wants to take into the future. Watching the UK media, you would be none the wiser.

Image credit: David Hawgood (cc). UPDATE 1st June: This piece was amended to note that the Scottish Greens first overtook the Scottish Lib Dems in 2016, not this year.