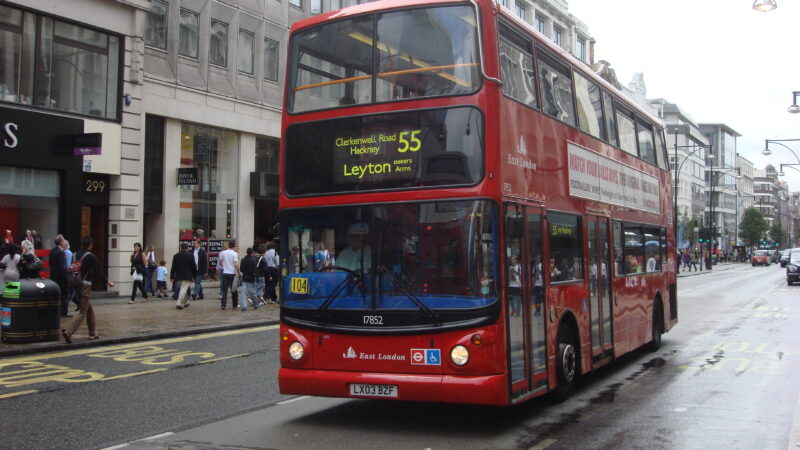 I was in primary school when then-prime minister Margaret Thatcher privatised the bus market in 1986.  At the time I didn’t understand the impact it would have on families like mine.

By the time I started out as an apprentice after leaving school at 16, I certainly knew buses were expensive, and that I couldn’t get across Manchester city centre with a single affordable ticket.  As soon as I had the chance, I passed my driving test and took to the road in a car instead.

Fast forward more than two decades and in dozens of towns and cities across the country, little has changed.  Bus travel remains eye-wateringly expensive for many who have no choice but to rely on public transport and there is little incentive for commuters to ditch the car for greener methods.

The Tories are in a mess on this issue. Four years ago, the Conservative government introduced legislation that banned councils from setting up new bus companies. They’ve wasted the last half a decade and are only now offering franchising powers to councils to wrangle the fragmented network of routes, fares, and operators.

But ministers are still failing to go far enough and make the case publicly for why these powers are needed. They are absolving themselves of responsibility, leaving it to others to chart the complicated course of winning support for greater public control of our bus networks.

Luckily, Labour mayors have risen to that challenge. Greater Manchester’s Andy Burnham, South Yorkshire’s Dan Jarvis and the newly-elected Tracy Brabin and Dan Norris in West Yorkshire and the West of England respectively made buses a central part of their campaigns – because they know it matters to the communities they represent.

Earlier this year, Mayor Burnham made the decision to move to franchising, with a clear vision: “Our ambition of a world-class, integrated transport network which can unlock opportunity for all; providing access to jobs and education, reducing pollution, attracting investment and reducing isolation.”

Mayor Brabin set out her stall in her victory speech two weeks ago, promising “people before profit”. Her plan will allow the introduction of “simple fares, contactless ticketing and greener buses”.

After decades of decline, bus journeys began to increase from 2003, under the Labour government. But George Osborne’s austerity drive put paid to any gained ground, with figures now languishing at a 20-year low. The last decade alone has seen a reduction of 664 million journeys. But that doesn’t tell the whole story. Bus usage in London has increased by 910,000 journeys a year since the 1980s. In metropolitan areas outside the capital, the reverse has happened, with 1.3m journeys a year lost in the same period.

Yet the Government’s newly-published National Bus Strategy still wilfully ignores the blindingly obvious; that buses are a public service which should be run for the public good.  Mayors and local transport authorities wanting to bring in franchising still face countless hurdles and ideological barriers.

Today I’m back on the bus, travelling each week from home to Manchester Piccadilly and then Euston to Westminster, and it still is the case that the first leg will cost nearly double that in the capital, at £3.00 compared to £1.55.  I can change buses within the same hour in London for that price. Try that in Greater Manchester and the cheapest option is nearly four times as much.

Labour’s message to ministers is clear; put the public first. Without action, Boris Johnson’s rhetoric will be exposed as nothing more than the latest empty promise on public transport.

And to operators: embrace franchising, don’t fight it. You have a responsibility to your shareholders to use your resources to secure the long-term interests of bus operations, not hold out on a system which cannot survive in its current form.

Decline on our buses is at a critical point; there is only so far you can go by slashing workers’ rights, ramping up fares and stripping back important routes. It’s called a race to the bottom for a reason and needless to say, in the end no-one wins.

London has shown franchising can work for passengers and operators.  It’s time to follow the lead of our Labour mayors and realise the same across England.