The DUP must confront its dire legacy on LGBT+ rights. 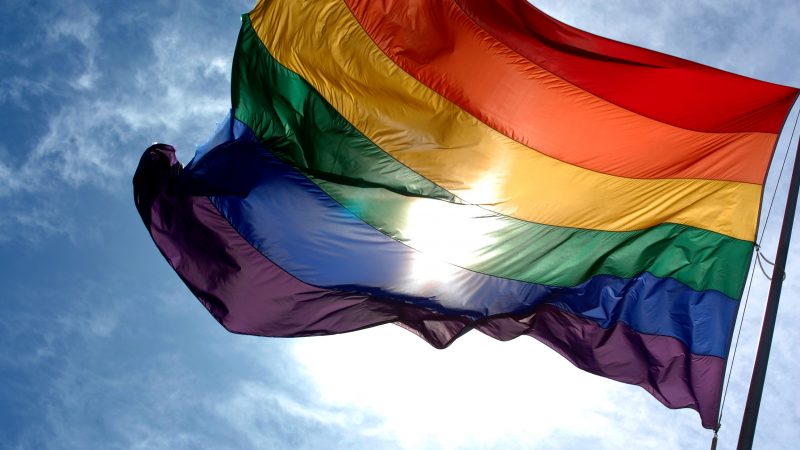 Damian Kerlin is a LGBTQ+ and lifestyle writer. He tweets here.

From a small rural area in County Derry, Northern Ireland, I knew from a young age I was different, and growing up I felt the full force of marginalising and oppressive legislation upheld by our devolved government.

LGBT+ rights in Northern Ireland have been slower to advance than in the rest of the UK. The Democratic Unionist Party (DUP) has voted against, or vetoed, almost every single pro-LGBTQ+ issue in the Northern Ireland Assembly, at Westminster or at local government level.

Northern Ireland was the last part of the United Kingdom to decriminalise homosexuality, having launched the preventative Save Ulster from Sodomy campaign spearheaded by then leader of the DUP, Ian Paisley.

With its decline evident in recent elections, the DUP has lost its ability to block any legislative measure it doesn’t agree with, having used the petition of concern mechanism for so many years. In 2019, the party was unable to block Westminster from legislating same-sex marriage in Northern Ireland during the absence of the devolved assembly; five years after the rest of the UK.

Last month, the Northern Ireland Assembly voted to ban conversion therapy with overwhelming support in a symbolic Stormont vote, which then leader Arlene Foster pledged to veto should the ban effect ‘religious freedoms’ – freedoms they are yet to extend to the LGBT+ community.

Having spoken to several people from the community, many have said that they have felt their voices have been ignored in favour of those who believe their religious beliefs grant them a monopoly on morality.

One commented that by the time they were a teenager they were ‘physically exhausted’, and their mental health has never fully recovered having had to ‘deny who they were but with nowhere to go, at home and in society, what choice did they have’.

We see public shaming, with LGBT+ people branded an abomination and repulsive; all of which agreed has impacted their mental health. “If adults in a position of power can so heavily condemn our existence, we cannot be surprised our peers would do the same?” one told me.

For many, higher education provided a way out of the country – finding a safe haven in larger cities in the UK, such as London, Manchester and Birmingham where they felt ‘seen’ and being LGBTQ+ is much more supported and widely accepted.

I’ve met so many queer people who have left Northern Ireland and, in most cases, while sifting through our collective trauma, we’d all come to comprehend a shared experience. While Northern Ireland had come so far in mutual recognition of individuality amongst Catholics and Protestants, LGBT+ folk had been robbed of our distinctiveness.

I left home for higher education and what surprised me the most was that people simply didn’t know that equal marriage had never been extended to Northern Ireland, that campaigners had been fighting for our rights for decades to no avail.

When I came out to my Da he replied: “I would tell you about the birds and the bees, but I support you. It’s more the bees and the bees.” I did not realise at the time, but I was lucky. Till this day there are still members of the LGBTQ+ community in Northern Ireland, young and old, wondering if they’ll ever be “normal”. They are normal. There is nothing wrong with them. They are not going to hell. They did nothing to deserve their hate.

With Edwin Poots taking the DUP helm – who during his time as health minister maintained a ban on gay men donating blood despite the ban being lifted in the rest of the UK – I can’t help but feel it is ‘better the devil we know’.

When people see policy as a licence to violate and punish people, the bar is set much lower for the thug who wants to kick our heads in. The DUP needs to acknowledge the legacy it has created.