Brian Rose quit a hard-hitting interview - before his company filed a claim for copyright infringement, a group of young YouTubers say. 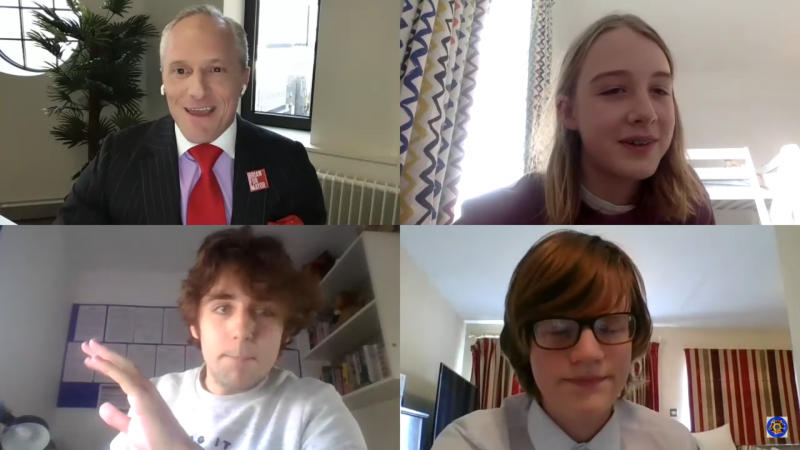 A team of young YouTubers have alleged they were ‘censored’ by a London mayoral candidate who is running on a free-speech ticket.

London Real candidate and ex-banker Brian Rose has been campaigning against lockdown and for ‘free speech’. But when interviewed for the small-scale Politics Relaxed YouTube show recently – run by teenagers – he appared to cut the interview off after 13 minutes. The interview was meant to last for 30 minutes, organisers say.

When the Politics Relaxed team uploaded the interview, it was soon taken down for ‘copyright infringement’ following a complaint from Rose’s London Real channel, which has around two million subscribers. The video does not appear to contain copyrighted material.

Brian Rose – a US born businessman – has frequently been challenged for hosting Holocaust deniers and conspiracy theorists on his YouTube channel. He has been accused of spreading misinformation about coronavirus, a charge he denies.

He faced tough questions from the teenagers on this and more – including a recent crowdfunder to establish a ‘Digital Freedom Platform’, which raised over $1m from supporters. Rose has denied using the crowdfunder to finance his mayoral campaign.

In a statement on Monday, after their interview was taken down, Politics Relaxed said: “We are being censored by “free speech” candidate for London Mayor Brian Rose. We did a challenging interview with him, asking if he was really “pro free speech” he cut it short, and is now misusing YouTube copyright law to block us publishing it until after the election.

“We are a small podcast to get teenagers interested in politics with a small audience. Brian Rose’s channel London Real has 2m subscribers. He is trying to avoid being held accountable and refusing to answer questions about his business practices and comments being deleted.”

Copyright claims on YouTube take up to 30 days to challenge – meaning it would have been removed in the crucial few days up to the election.

Following complaints from Politics Relaxed and questions from journalists, the copyright infringement claim appears to be have withdrawn.

In a statement to Left Foot Forward, Rose’s spokesperson said the young journalists were being ‘disingenuous’: “Firstly, Brian didn’t cut short the video. He’d made time to talk to Politics Relaxed on a busy day and they rocked up late for their Zoom.The guys asked challenging questions, and it would be good if more candidates were prepared to submit to a grilling like this, but it’s disingenuous of them to complain about the time they had when it’s them who messed up their time-keeping.

“As far as copyright is concerned, like so many channels on YouTube, London Real regularly has its assets repurposed by unauthorised third parties, which is why we apply our Content ID to all recorded materials which use our assets (eg Zoom calls, vlogs and the like).

“Of course, for interviews, we always add an exemption for the journalist, podcaster or other reporting source to use the asset, as we have done in the case of the Politics Relaxed podcast, which is why they are using the footage.”

It is not clear why – if Rose’s team have copyright exemptions for journalists – London Real put in the initial copyright infringement complaint. LFF has asked for clarification…