Eddie Hughes MP posted the photo holding the weapon, while standing in front of a rack of guns to his official LinkedIn profile and Twitter. 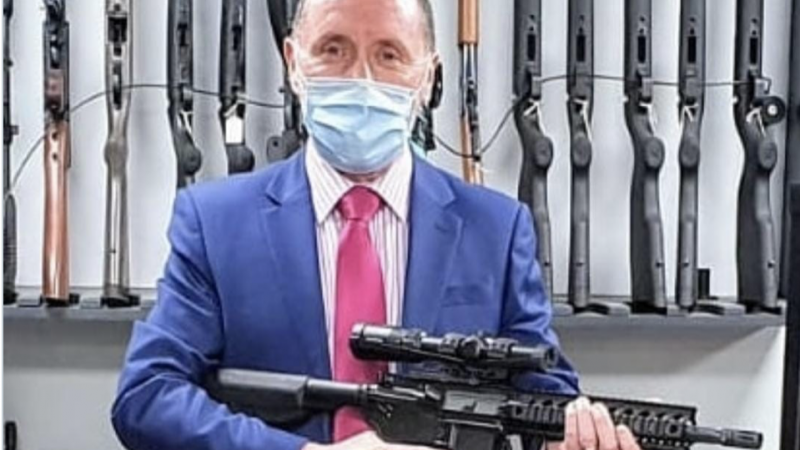 The minister for homelessness and housing has been criticised as ‘reckless, insensitive and inappropriate’ after posting a picture of himself holding a gun on social media.

Eddie Hughes, MP for Walsall North, posted the photo holding the weapon, while standing in front of a rack of guns to his official LinkedIn profile and Twitter.

The caption on the LinkedIn post reads: “The Double Deuce Firing Range is OPEN. I visited today and bookings are strong. It’s great to see business bouncing back quickly after lockdown.

“If you are local to Walsall I can thoroughly recommend this activity for a team building event, or just for fun.”

The tweet also announced the opening of the firing range accompanied by the party hat emoji.

The posts were condemned by campaign group Gun Control Network.

A spokesperson said: “Gun Control Network are appalled that a Member of Parliament should choose to promote guns and shooting as ‘fun’ at this particularly difficult time for so many people.

“We believe that posing for a photograph clutching a large gun in a location where racks of more weapons are clearly available, is reckless, insensitive and inappropriate.”

The group also warned about the harm the posts could cause to those affected by gun crime.

They added: “Constituents do not want Members of Parliament to promote guns, they want them to work with communities to reduce the harm caused by guns, and to support those victims and families affected.

“We are aware of the tragic and costly consequences of gun use, particularly in the West Midlands. Mr Hughes, it seems, is not.

“His visit will cause a great deal of harm and upset to those affected by gun crime in the West Midlands who expect and deserve sensible responsible behaviour from their elected representative at this time.”