Macron may make it over the line in 2022. But the long term trends in France are seriously concerning. 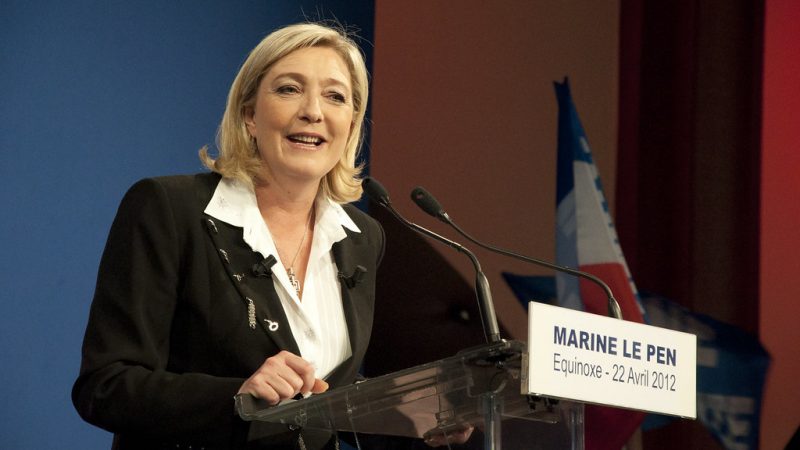 Mike Buckley is Director of Campaign Central and is a Labour adviser.

‘A clown ceiling exists in EU politics,’ wrote the Economist in January, ‘which has kept Eurosceptic parties from gaining too much power.’ Their thesis is that few far right parties or leaders have allied populist appeal with competent leadership and strategy.

The swift rise and fall of the Forum for Democracy (FVD) in the Netherlands, Alternative for Germany (AFD) in Germany, the Northern League in Italy and the Freedom Party in Austria provide evidence that the far right has rarely been able to sustain its attack on the EU or liberal democracy, their internal failings often doing more to bring them down than anti-authoritarian opposition.

However, this failure of many on the far right should not lead to complacency. Hungary’s Viktor Orban is the exception that should cause concern across the continent. In the past decade he has made himself almost impregnable, outwitting attempts by the EU to frustrate him.

The success of Britain’s UKIP and Brexit, only a few years ago seen as a joke, provides a second example. The greatest damage is to the UK’s economy and reputation, but Brexit has made security, defence and crime prevention more difficult for the whole continent. There are no winners.

In this context France matters. The far right have gained credibility if not power. In 2002 Front National leader Jean Marie Le Pen’s appearance in the final round of presidential voting was a shock. He was defeated by 82.2% to 17.8%. Fast forward to 2017 and Marine Le Pen lost by a far smaller margin, 33.9% to Macron’s 66.1%. Voting Front National had become a more legitimate act.

If the polls are right, next year’s presidential election is likely to be a rerun of 2017, with current President Emmanuel Macron again facing Le Pen as his opponent in the second round. Most polls still have Macron winning comfortably (by 56% to 44% in this poll from mid-April) but outcomes are uncertain, all the more so given the lack of clarity over who will represent the traditional left and right.

Perhaps even more concerning is Le Pen’s popularity among younger voters. An Elabe poll, also conducted in mid-April, gave Le Pen double Macron’s support among voters aged 25-34. Her lead among this group of 37% to Macron’s 18% looks all but unassailable. Even if Macron or another mainstream candidate is successful next year, if the far right is so popular among younger voters now what does that mean for French politics a decade from now?

Polls can be a terrible predictor of political outcomes, especially when taken far in advance of election day. Take for example the fact that Ed Miliband’s Labour led David Cameron’s Conservatives in the polls for almost the entirety of the 2010-2015 parliament, only to lose convincingly on election day itself. But Le Pen’s lead of 19% over Macron among younger voters is far beyond any margin of error. She and her party are popular. The question is why, and what can Macron and other mainstream populists do about it.

Le Pen has been successful in detoxifying her party and her own image. She renamed the her party the Rassemblement National (National Rally, RN). She has spoken of leading a ‘government of national unity’ if she wins. She positions herself alongside Boris Johnson and the UK’s Brexiters — and by implication former US president Donald Trump — as a nationalist pitted against the forces of globalisation.

‘There’s no more split between left and right, there’s a split between the globalists and the nationalists,’ she said, adding that she stands for ‘regulating globalisation’, ‘controlling borders’ and ‘protecting citizens by using the tools of the sovereign nation state’, where Macron is ‘unashamedly a champion of the internationalist model, in other words deregulation and the death of the DNA of nations’.

The RN has substantial support in northern France in post-industrial areas once controlled by the French Communist party. The traditional left and right are both weak, allowing the electoral divide to become a clear split between internationalist Macron and nationalist Le Pen. On this territory Le Pen has a clear constituency.

Part of the problem is that Macron is personally unpopular. Far more voters disapprove of his performance as President than approve. Le Pen has called him the ‘last gasp of the old system’. His handling of the pandemic has harmed his approval ratings, as has his perceived arrogance. Anecdotal evidence suggests he is a divisive figure who has alienated many of those who voted for him and his ‘neither right nor left’ message in 2017.

Post-pandemic, the coming economic recession is likely to reverse his administration’s earlier achievements in reducing France’s perennially high unemployment rate. His economic reforms, including to state pensions and unemployment benefits, have been stopped in their tracks. By planning to go ahead with his reforms Macron is alienating many working-class voters, and by failing to follow through he alienates entrepreneurs and much of the middle class.

‘In the domestic sphere Macron does have political accomplishments such as pension reform, but what he is missing is something where individual French people are likely to say ‘Here’s how he’s changed my life for the better’,’ says Nicholas Dungan, senior fellow at the Atlantic Council’s Europe Centre, while internationally ‘he has no foreign policy triumphs that he can point to in an election campaign and claim that France has more grandeur.’

Le Pen nevertheless has her own weaknesses, including the poor performances in TV debates which sealed her fate in 2017. Although she promises a ‘return to common sense’, ‘lower taxes’ and ‘economic patriotism’ as well as curbs on immigration, she has yet to convince voters that she or her government would manage the economy competently.

But what of younger voters? Macron or another mainstream candidate may see off Le Pen, albeit narrowly, in 2022. But if the cohort of voters coming into regular voting is so willing to contemplate backing a candidate that most regard as far right, even as she rejects the label, France may have problems further ahead. The weakness of the traditional left and right is undoubtedly one part of the problem. Neither have popular appeal. Both are splintered among a range of parties, further diluting their reach and message.

For now this leaves space for Macron, but his party En Marche is built on little other than Macron himself. By design it lacks the restrictions of left and right, but it also lacks their political or economic foundations. Without Macron what will remain?

Macron has come back before.  He is significantly more popular now than during the Yellow Vest protests of 2018. He is far more popular than his predecessors François Hollande and Nicolas Sarkozy were one year out from their re-election attempts.

But to defeat Le Pen he will need to define himself and his party more clearly. He ran in 2017 as a party outsider who went beyond left and right while borrowing from both. The same trick could work in 2022. Continuing dislike of traditional parties, combined with fear of Le Pen, may be enough.

Yet there is no doubt that he needs to widen his appeal. He is still seen as a President of the rich, which may go some way in explaining his lack of popularity among younger voters, who have disproportionately lost out during the pandemic. He needs a transformative offer for young people, as well as the business community and middle classes who are often his target, as he seeks to improve French productivity, if he is to win. The result will have profound implications not just for France, but for Europe as a whole.