"This final wave that we've just overcome was really, really, tough. The staffing was the worst I think I've ever seen it," one health worker said. 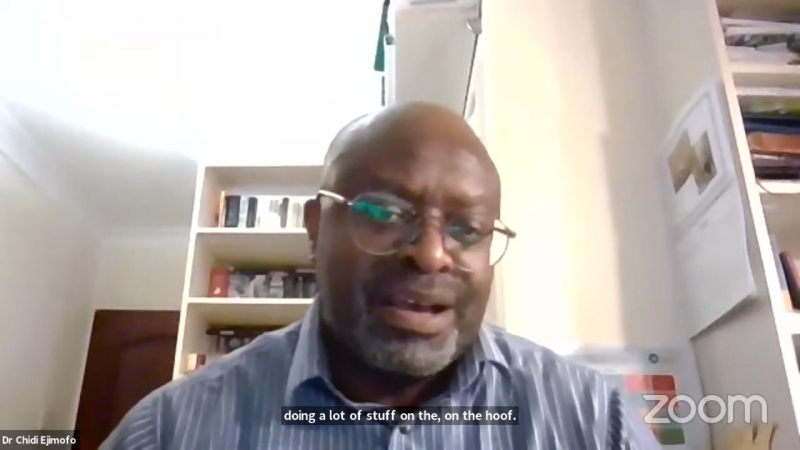 Samantha Wathen is the Press and Media Officer for Keep Our NHS Public.

At this week’s fifth session of campaigning organisation Keep Our NHS Public’s People’s Covid Inquiry, entitled ‘The Impact on frontline staff and keyworkers’, staff from the NHS and TfL detailed how a lack of government preparedness, coupled with the longevity of the pandemic, had affected their wellbeing and various aspects of their daily work.

Train driver and ASLEF union rep Unjum Mirza relayed how operational decisions by TfL led to overcrowding and how transport workers had been disciplined for using their own materials as a means of protection from the virus when their employers failed to provide PPE:

“The initial measures brought in by London underground were completely incoherent and not fit for purpose….[the government] closed 40 stations which encouraged more congestion in fewer places.

“It was an attempt to show that London Underground were doing something when in fact by doing something they were making the situation worse…so many bus drivers told me they were just totally abandoned…safety protocols and measures on the buses was just non-existent…essentially they [the government] were trying to run this on a wing and a prayer, where we do the praying, and they do the winging,” Unjum said.

Session five also heard testimony from Prof. Raymond Agius, Professor Emeritus of Occupational and Environmental Medicine, University of Manchester, who expressed his frustration at the way PPE had been sourced and distributed, asserting that in his professional opinion, lives could have been saved had the government acted differently.

“The government was trying to rationalise the rationing [of PPE]. What really bugs me is that they invested billions in PPE which was sat in docks at Felixstowe, and if the stock had been mobilised more widely then we would not have had the second peak, in my view, that we had,” Prof Agius told the inquiry.

Frontline NHS staff spoke about the risks they faced at work and how poor government decisions had hampered their efforts to control the pandemic, as well as taken a toll on their health and wellbeing.

Kirsty Brewerton, NHS Clinical Sister, explained how there was a real worry that the sporadic nature of mental health support during and after the pandemic could lead to serious staff retention issues within the NHS: “I’ve seen the gradual decline of services and how the impact of decisions being made has had a real impact. At times I was forced to work in unsafe conditions and I ended up having a mental breakdown and becoming suicidal. It’s the moral injury of feeling unable to look after people properly…

“This final wave that we’ve just overcome was really, really, tough. The staffing was the worst I think I’ve ever seen it…I worry that the moral injury will have a massive impact on retention, and I hope that trusts are really mindful of it and support their staff going forward.”

Finally, the inquiry heard testimony from Dr Chidi Ejimofo NHS Consultant in Emergency Medicine who explained how a lack of official government guidance as well as confusing public messaging impacted on the already challenging demands of his role:

“In a lot of ways, we were having to create our own guidance looking up papers from china and Italy about what we should do because we weren’t getting any guidance. In the first 3-4 weeks there wasn’t any change in the ways of normal hospital business and this was common for all levels of staff.

“We were doing Covid testing in the ambulance car park in the middle of February…people had been directed ‘Go to A&E’ so we became a testing centre…we were getting guidance changing pretty much every day…all the interventions we made were coming from us, we weren’t getting any guidance from elsewhere.

“Creating the Nightingale hospitals in the way they were put together was a waste of time, you should not have been taking away staff from areas in which they were required…you had patients that rather than going to ITU, were going to HDU…staff were suddenly having to spread themselves over a greater number of patients.”

The next session of the People’s Covid Inquiry (exploring Inequalities and Discrimination) takes place on Wednesday 5th May at 7pm, you can register here: https://www.peoplescovidinquiry.com/inequalities-and-discrimination