Following a union campaign, Tomahawk repaid a 'loan' from its own workers. But the saga is a sign that staff should take control. 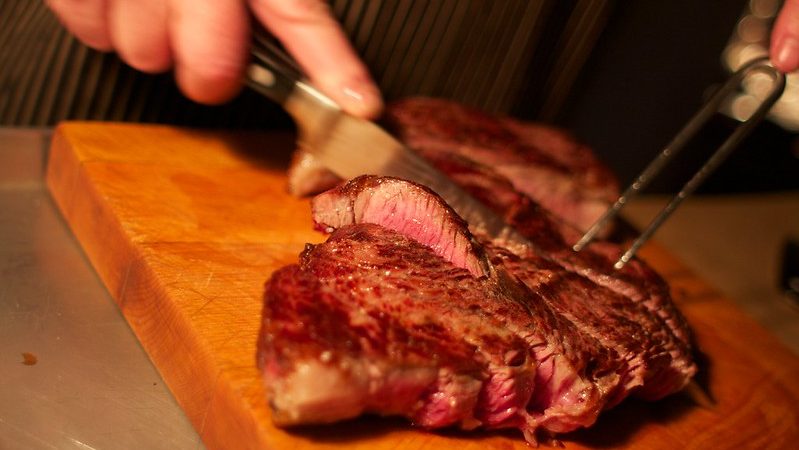 UPDATE 21st April: This article initially referred to Mr. Alasdair Ross as CEO of Tomahawk Steakhouses. This was an error and we are happy to set the record straight and confirm that Mr. Ross is not a director or officer of Tomahawk.

Michael Rowlands is a freelance journalist.

A story of blackmail, extortion, and meat hit the headlines recently, as Tomahawk Steakhouse decided to remodel itself into a Scorsese character, squeezing cash out of their staff.

As all great betrayals and tragedies begin in modern times, it began on Zoom. With over 300 members of staff attending, a representative of Tomahawk informed everyone at the start of March ‘that the company [was] in trouble and experiencing short term cash flow problems and need [staff] to lend them 10% of [their] wages’.

Staff immediately questioned why Tomahawk didn’t seek the funding from a bank, to which the representative explained that ‘that’s not what banks are for’. Do they not understand what the function of a bank is?

One member of staff and attendee of the digital shakedown thought that the decision to ‘ask’ staff for the loan was ‘pretty laughable really’. As the GMB regional secretary Neil Derrick said: “It’s never been easier or cheaper for businesses to borrow money than it is at the moment during the pandemic, but this business, Tomahawk, want it for free. They have solved their cash flow problem by giving a cash flow problem to their staff.”

One employee was told that ‘roles would be reconsidered and if [they] don’t sign the [contract], redundancy would be looked at’. Tomahawk clearly holds a warped understanding of what constitutes consent, as financially coerced consent isn’t consent at all.

Another member of staff and victim shared a message from ‘someone very high up in the company’ that summed up the extortion for everyone just in case some managed to miss their illusive threat. Staff were allegedly told they could give the 10% ‘loan’ or be ‘taken off furlough’.

For those who did not immediately sign away their wages, the company persisted in ‘sending [them] the contract via email and said if [they] didn’t sign the contract [their] next pay couldn’t be processed’, one employee told LFF. These aggressive techniques made it almost impossible to consider alternative options.

One staff member stated: “It didn’t feel like a 10% cut when you’d already been taken off your full time contract, [to have your hours] cut in half before the doors shut in November. So 70% really isn’t 70% of our full wage, it’s about half.”

Thanks to Tomahawk’s decisions being called out by union work and social media pressure, the loan that was predicted to last 3-4 months was returned the next week. Whether they went racking under their settee cushions for loose change, or in fact it was simple for them to find the funding via other means, is yet to be known.

The staff were awarded a ‘bonus’ of 20% added onto their repayment; the equivalent to receiving some petrol station flowers from an abusive partner. If the company had the intention of the ‘bonus’ before the social media and union attack, they might have included this in the original contract, to replace the 0% interest.

Staff saw through this: one said it was the company ‘acting like the nice guys and that they’ve done us a favour’, adding that the backtracking ‘makes them look very stupid… It’s so obvious to everyone, not just workers, that they’ve paid us back to stop the media attention.’

Many staff have begun the search for employment elsewhere. Sadly, this will likely aid Tomahawk’s quest to reduce staff wages to the lowest possible cost.

Tomahawk has been cutting down staff’s hours, as well as changing contracts to zero hours without consent. It allows the company to cut hours – and potentially pay – as they please.

The disgusting handling of this situation has proven that those in charge have no right to be in a position of power.

It seems workers don’t just provide labour now, but capital too. They have the right to be the ones making the decisions – and reaping the financial rewards.

Editor: A spokesperson for Tomahawk suggested the money was returned due to the Chancellor’s budget intervention: “As part of the voluntary agreement signed by all of our staff, we promised that any monies loaned would be returned as soon as we were financially able.

“Following the budget announcement…we are delighted to have been able to swiftly honour that promise.”