The Greensill collapse is a reminder of the failures of financial deregulation, writes Prof Prem Sikka. 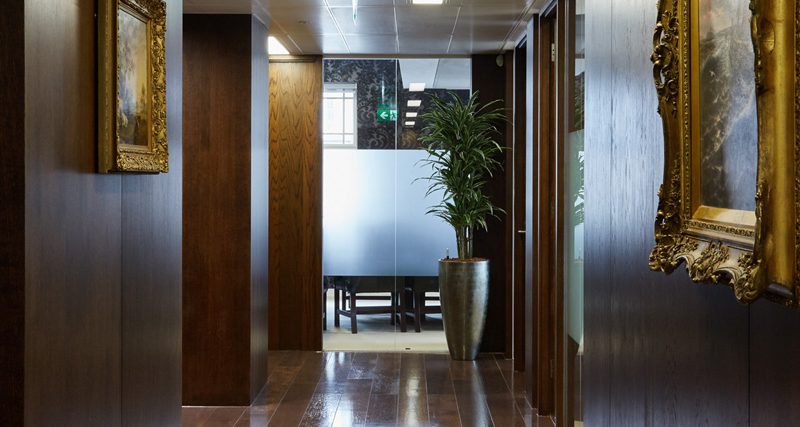 The collapse of Greensill Capital is making headlines, not least due to the firm’s cosy links with politicians like former PM David Cameron.

But it should also be a wake-up call over governments’ failure to regulate vast tracts of the finance industry.

Greensill Capital UK is registered with the Financial Conduct Authority (FCA) for anti-money laundering purposes only, and is not authorised to function as a bank. So the FCA was not required to supervise its wider conduct, apply capital adequacy or stress tests.

The full economic impact of the Greensill insolvency is yet to be known, but alarm bells are ringing for borrowers, suppliers and regulators.

Greensill specialised in reverse factoring, also known as supply chain finance. Under this, Greensill arranged for early payment to a client’s suppliers (e.g. after 30 days rather than waiting for 45 days) at a discount and then received the full amount from the client at a later date.

Supply chain finance is expensive because often organisations resorting to it are facing squeeze from other sources. Greensill provided over $143 billion in funding to over 10 million customers in 2019.

Warning signs were there last year, when three of its major clients – NMC Health, BrightHouse and Agritrade – collapsed with billions in undisclosed borrowing. They could now be joined by Liberty Steel which employs about 3,000 people in the UK and is estimated to owe around £3.6bn to Greensill, though its owner puts the amounts at “many billions” .

That means Greensill’s collapse will affect not only customers but also other entities providing and insuring supply chain finance.

Greensill secured its finance from other banks, financial conglomerates and municipal authorities. They piled into supply chain finance because it offered higher returns, but are now facing the consequences.

There is little transparency about the use of supply chain finance. The issues were highlighted in the 2018 parliamentary report on the collapse of Carillion. The report said that “Carillion had a financial liability to the banks that should have been presented in the annual account as “borrowing”. Instead Carillion chose to present these as liabilities to “other creditors”. The misreporting obfuscated the company’s leverage and financial risks.

The Carillion report has not been followed by changes to accounting rules. The FCA did not consider the impact of supply chain finance on the stability of the banks and insurance companies or the financial system.

Financial stability can’t be assessed by just focusing upon the regulated entity as they are not hermetically sealed. It requires assessment of all major entities and financial products. The FCA has been found wanting.

Indeed, the Gloster report on the collapse of London Capital and Finance (LCF) noted that the FCA: “did not sufficiently encourage staff to look outside the perimeter when dealing with FCA-authorised firms such as LCF, which was a small firm whose business consisted of entirely (or almost entirely) unregulated business”.

The turbulence caused by the collapse of Greensill is part of a much bigger problem of shadow banking or non-bank lending. This includes supply chain finance; hedge funds, private equity, payday lenders as well as the likes of Sotheby’s who provide finance to buyers of artworks.

In regulated banking, loans of higher risks require banks to have higher capital which in turn increases the cost and possibilities of profits. So a lot of risky dealings have been moved to shadow banks because they don’t take deposits and escape the prudential and other regulations applied to traditional banks.

Shadow banks get their resources from investment/retail banks, insurance companies, pension funds, local authorities and wealthy individuals, and their problems will infect the rest of the system. A recent report estimates that shadow banking has grown to $200.2 trillion (£154 trillion) and controls nearly half of global financial assets. A 2018 report estimated the size of the UK’s shadow banking system to be around £2.2 trillion, though it may be much higher now.

The 2007-08 financial crash reminded us of the global interdependencies. Greensill is a reminder of the havoc that would be caused by the collapse of shadow banks.

A crash resulting in a 10% write-down of the assets of shadow banks would inflict a loss of nearly $20 trillion on the global economy. The current global gross domestic product of around $88 trillion would struggle to absorb it. Every household would be affected.

Governments need to abandon their obsession with deregulation and shackle footloose finance. We also need effective regulators. Unfortunately, the FCA has once again shown that it is not fit for purpose.