We thought the Lobbying Act would be a good start. But recent scandals have proved we need much stronger transparency rules. 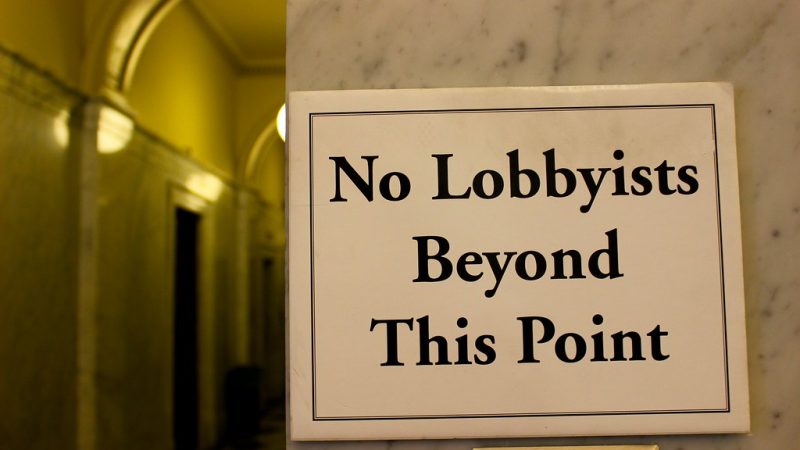 Rt Hon Lord Tyler CBE is the Liberal Democrat Spokesperson for Political & Constitutional Reform in the House of Lords.

“Sunlight is the best disinfectant” said David Cameron. Following recent revelations, I, like many others, have been revisiting the work we did on the Bill which became the 2014 Transparency of Lobbying etc Act, introduced by the Coalition Government which he led.

In passing it should be noted that this was the first effective attempt to bring lobbying out into daylight because the Blair/Brown Administrations did not perceive there to be a problem. The Bill was also energetically resisted by the Labour opposition, principally because it was also concerned with trade union political influence.

By contrast, at that time, I and my Liberal Democrat colleagues were especially concerned with its omissions.  I secured cross-party support in the Lords for an addition of Special Advisers to the list of recipients of lobbying approaches who should be registered.  After all, they are all too often the doorkeepers for favour-seekers.

Eventually, we had to be satisfied with an alternative Government amendment that provided for a future addition.  With the end of the Coalition, this has never been delivered.  It remains an obvious loophole.

We also thought that we had secured a Ministerial promise that – once complications of definition had been resolved – ways would be found to register “in-house” lobbyists.  After 2015 this was conveniently forgotten.

Cameron claims to have been an in-house employee, and therefore ineligible for the lobbyist register.

However, this might be less problematic if the other even more substantial omission we identified had been addressed.  The continuing failure to tightened up on reporting all lobbying approaches is the most obvious systemic weakness.

The Bill was primarily concerned with who lobbies, rather than what they lobby about, when and to whom.

I pointed out in Committee that to find out who (say) Tesco had met in Government in the preceding 12 months required a manual check of 104 spreadsheets – quarterly reports from 26 different Government Departments.  If any of them were late in filing these reports, as many have been, the evidence of inappropriate contacts would be overtaken by legislative events.

Investigative journalists, let alone interested members of the public, wouldn’t have a hope of tracking down improper or corrupt influence in good time.

It was a classic case of the evidence being “hidden in plain sight”, as I argued.

The then Government made a rather half-hearted attempt to tighten up the reporting arrangements.  Since 2015 the situation has deteriorated further, as anyone seeking real time evidence will find.

In 2013-14 we were also not so fully aware of the explosion of new forms of communication which could be employed by favourite influencers.  I doubt whether even the most generous party funders had access to the then Prime Minister’s private mobile phone to send a text.  We should, however, have taken note of the huge increase in email communication.

In retrospect it seems that it might have been legislatively impossible to cater for every conceivable form of communication in the Bill.  However, we should surely have insisted that the Ministerial and Civil Service Codes were regularly updated to give cast iron certainty that every single approach of this nature to a Minister was recorded in detail by a Civil Servant, together with any executive decision that resulted from it.

Even if the conversation was with a developer at a party fund-raising event, and the decision was not to intervene, that should be a reportable lobbying incident, and the Codes should cater for it.

We should acknowledge that the Transparency Act is never likely to be wholly sufficient if any of those involved in governance are determined to exempt themselves from the spirit of the law, and the Nolan Principles on which it is based.

In his introduction to the Ministerial Code, writing on becoming Prime Minister, Boris Johnson committed himself and his Ministers as follows:

“No bullying and no harassment, no leaking, no breach of collective interest. No misuse of taxpayer money and no actual or perceived conflicts of interest.”

The lesson for us all is that the letter of the law is only the bare minimum a watchful democracy requires of its government: the integrity of the governors is vital too.

During the passage of the Transparency Bill I congratulated the Coalition Government on “having made such a good start”.  It is widely recognised that the succeeding administrations, and Prime Ministers, have both failed to make good the acknowledged deficiencies in that legislation and to underpin its good intentions with scrupulous implementation.

We have all learnt the hard way that subsequent events have shown we were right to insist that further progress, in the light of experience, would be absolutely essential.