Political leadership on factory farming in Britain is described as “astoundingly absent,” forcing grassroots organisations and NGOs to take on the fight themselves. 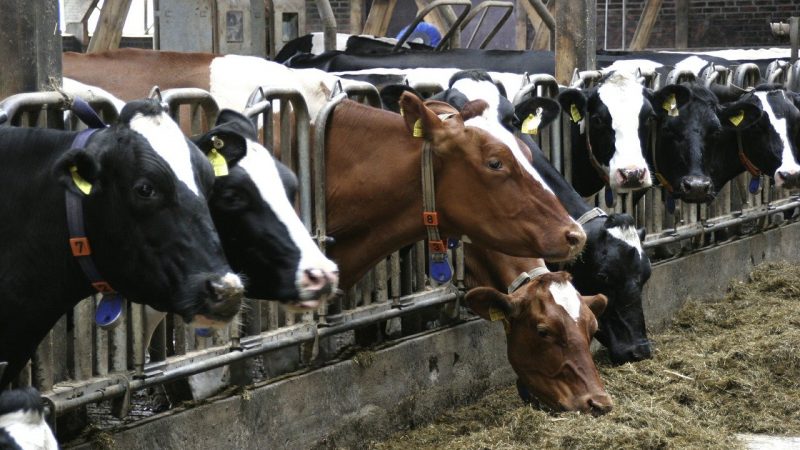 A group of anti-factory farming activists have launched a legal challenge to the government to ban factory farming in the UK to improve animal welfare and cut future pandemic risks.

Despite having a reputation for preserving high standards in animal wellbeing, around three-quarters of farmed animals in the UK are kept in overcrowded and daylight-starved factory farms.

The inhumane and adverse consequences of factory farming have been pulled to the fore in the wake of the Covid-19 pandemic. A whitepaper by Humane Society International links global intensive animal farming – which crams livestock together – to creating the perfect breeding ground for more novel viruses to emerge.

Humane Being – a not-for-profit, volunteer-run action group – launched a Scrap Factory Farming campaign. The campaign is designed to create a more humane and sustainable future for humans and animals by utilising actions that produce results.

The group has instructed a legal team to challenge the government to scrap factory farming and prevent disease in people, end the suffering of animals, and protect the planet.

The legal team comprises of high-profile barristers, including Michael Mansfield QC, who has represented individuals in many notable cases, including those wrongly convicted of the IRA’s Guildford and Birmingham pub bombings.

Concerns that factory farming issues are being downplayed by government

In December 2020, lawyers acting for Humane Being wrote to the Department for the Environment, Food and Rural Affairs (DEFRA). The letter queried government plans in relation to factory farming and its threats to human health. According to the activists, DEFRA’s response – which came well after the deadline – was “unconvincing”, leaving the group worried that the issues associated with factory farming are being downplayed by the government.

On April 27, 2021, Humane Being issued a last chance ‘letter before action’ to DEFRA. According to the group, failing a satisfactory response from DEFRA, a court battle seems likely.

Humane Being has already crowdfunded almost £25,000 to fund the legal proceedings and to reach a target of £60,000 to ensure the government addresses issues involving factory farming to better protect people, the planet and animals.

‘Sitting on a pandemics’ timebomb’

The campaigners reiterate claims that ending factory farming is vital if we are to stop the spread of viruses that cause pandemics. Stopping the practice of keeping animals in overcrowded barns or cages is also essential if the UK is to meet Paris Agreement climate targets to limit global warming to below 2 degrees Celsius to achieve a climate neutral world by mid-century, say Humane Being.

Stamping out factory farming will also play a vital role in overcoming issues related to deforestation, animal welfare and growing resistance to antibiotics, something which the WHO estimates will lead to the deaths of ten million people by 2050.

David Finney, spokesperson for Scrap Factory Farming, said we are “sitting on a pandemics’ timebomb.”

“Three out of every four new and emerging diseases in people come from animals. Factory farming is the perfect breeding ground for these diseases: huge numbers of animals in cramped and filthy conditions. We may get control of Covid-19 – but we are doing nothing about the conditions that created it in the first place. Another pandemic is just waiting to happen,” Finney commented.

Political leadership on factory farming in Britain has been described as “astoundingly absent,” forcing grassroots organisations and NGOs to take on the fight themselves.

As a consequence, Humane Being is not the only activist group taking matters into their own hands and seek to stamp out factory farming in Britain through legal methods. Earlier this year, Sustainable Food Knighton (SFK) crowdfunded a judicial review on Powys County Council. Home to 156 intensive chicken farms, each of which house more than 40,000 birds, Powys has been described as the “chicken farm capital of Wales.”

In the wake of SFK’s actions, which were hailed as a “legal victory”, Powys County Council admitted to acting unlawfully in granting planning permission for a 110,000 broiler chicken intensive poultry unit in September 2020.

Jerome Flynn, Humane Being’s campaign ambassador, commented on the urgent need to ban factory farming: “In these extraordinary dystopian days, the simple act of banning factory farming, would have a profound effect globally.

“It is starkly clear to me that there cannot be a future for mankind in a world where factory farms still exist. This is our time now to put things right, this is our time to come back to life,” said Flynn.