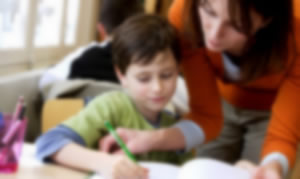 The National Education Union’s 2021 conference has so far been energising and full of hope for a better future while calling out all the current wrongs plaguing the UK’s education system.

Key issues discussed include Ofsted, schools funding, assessments and inclusivity within schools and in the curriculum.

Motions have so far addressed a wide array of issues from abolishing Ofsted and stopping toxic testing to the pay freeze and Covid-19 to Black Lives Matter, child poverty and inclusive education, as well as many more.

It comes as one in three staff intend to leave the education profession in the next five years, according to a survey of more than 10,000 NEU members.

President Robin Bevan addressed many of these issues in his speech today (April 8), using an interesting analogy of fictional characters and stories throughout his address.

Starting out, he said the “trade union movement is based on seeing how things could be different and speaking often about what’s not right.

“We must also be focusing relentlessly on a positive and visionary message,” he added.

Asking the conference audience to think about what they would change if they could he said maybe it would be “the curriculum, exams and assessments”, maybe it would be “issues around workload” or perhaps it would be “an inspection regime intolerable on the impact it has on classes and colleagues”.

Mr Bevan highlighted the point that schools are now having to address a number of other challenges “because other structures in society that used to be there to deal with them have now been dismantled”.

“The challenges we all see and understand that relate to social wellbeing, poverty and mental health – schools are all having to address those challenges because other structures in society that were there to deal with them were dismantled,” he said.

“Our vision is to foster an education of young people regardless of background ready for them to overcome the challenges of 21st Century society, transforming it into a greener, fairer and more inclusive society for all.”

The President then highlighted some current problems within the education system that need to be addressed.

Comparing Gavin Williamson to Pinocchio in keeping with his fictional stories theme, he said the Education Secretary is “wooden-headed, a puppet, limp and spineless”.

He said these charges may seem “harsh” but invited the audience to consider everything that happened in the weeks before and after Christmas, including Mr Williamson issuing high court injunctions to stop children staying at home when Covid was so bad and refusing to publish the attendance of children in schools that week.

Additionally, two days after schools had expected to return, Mr Williamson stood up in Houses of Parliament and said if parents aren’t happy with how schools were running remotely, that they should report school to Ofsted. But when parents reported how pleased they were with schools, he said nothing.

The conversation then turned to assessments, and how it is “a lie” that exams are the best and fairest way for young people to show what they can do.

The President said: “High quality assessment shouldn’t depend on the person’s performance on the day, the selection of questions or the assessor. It’s time to rethink assessments and exams are not the best, exclusive, fairest way for young people to show what they know and can do.”

In terms of changes Mr Bevan also said the Ofsted system must change.

“We operate within the context of an overbearing system,” he explained.

“It is like the unrelenting winter in Narnia. It is time to end the relentless winter that is the Ofsted regime.”

Finally, schools funding was addressed, with Mr Bevan sharing the astounding fact that schools are only given the bare minimum funding to avoid insolvency.

“We have a funding system in this country where the base level of funding is based on providing the least level of money necessary to avoid insolvency.”

Finishing off with a positive and hopeful message, the President urged supporters to “remain true to our vision” and “keep campaigning”.