It is vital for the left to look closer at how the lack of women councillors across the UK is limiting substantive progressive policies, writes Felice Southwell. 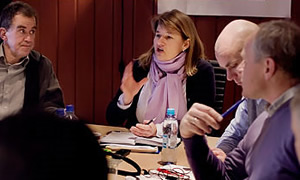 You’d be forgiven if you didn’t know that 5,000 seats were up for grabs in next week’s local elections, since council elections are ignored at the best of times. But there’s one question that gets consistently buried – where are all the women in local government?

If we’re asking where the gender problem in politics starts, data tells us that it’s not just a Westminster problem, it starts in our communities.

In the UK, local elections don’t always occur at the same time, and each devolved region holds its own data on gender balances in councils differently. Northern Ireland, it seems, has the lowest percentage of women councillors in the UK, with only 26% of councillors being women in 2020. As of 2019 in Scotland, just 29% of councillors are women, and 103 out of 353 Scottish local council wards are currently represented entirely by men. In Wales, the figure stands at 33%, making England – by a whisker – the region with the most equal representation of women in councils.

You can already get a sense of the disparity that is likely to continue by looking at Democracy Club data. Councils like Surrey are by no means alone, with just 33.2% of candidates being women. It suggests that many women feel put off in becoming candidates in the first place.

Bullying, gaslighting and a toxic environment

Reports of “bullying”, “gaslighting” and a toxic environment – as well as the extensive time burden of the job – can explain why there has been such a lack of progress in the gender balances in local councils.

One councillor from the West Midlands described how her experience in local government has influenced her decision to leave politics and curtailed her ambitions of becoming an MP.

“I was always seen as the ‘mad woman’,” she said. “When I raised the issue of domestic violence, I was accused of having a ‘ghoulish interest’. To have it dismissed and having to argue for it to be on the agenda, even during Covid when everyone was worried about the increase in domestic violence, was hard.”

In a Scottish survey of councillors, 48% of women candidates reported unwanted, humiliating, offensive, or intimidating behaviour compared to just 12% of men. Wales tells a similar story.

Councillor Lian Pate, Deputy Leader of Burnley Council explained that in her experience, women’s approach to cross-party working and negotiation can calm the aggressive, macho environment of local councils down. Though she admits that the constituency “struggles for women candidates.”

Cllr Pate described the selection of a woman candidate for a Labour safe seat. The candidate backed out two days later. “It wasn’t about not wanting to be a councillor, she was frightened about getting hassle off the guy who she was up against,” she said.

Cllr Pate explained that time is also a factor. A huge proportion of councillors are retired men. “It consumes my life. When you look around the chamber, they’re all a little bit older, and the ones that aren’t, when you ask what they do for a living, they all work for themselves. That’s the only way you can make it work,” she said.

Felicia Willow, Fawcett Society Chief Executive told Left Foot Forward: “The pandemic is having a disproportionate impact on women, and government policy to date has failed to understand and protect the needs of women. In order to do this, we need more women in power.”

It also requires a commitment from parties. “We need the government and political parties to commit to improve equality and to better support women to get into and stay in politics,” Willow said.

The public can insist on this commitment, and if the proportion of women elected surges after 6th May, these demands for change on the part of government and political parties are likelier to be met more quickly.

In other European countries, data on women’s participation in local government is not so secretive and buried. The fact that in the UK this data is not transparent or centralised suggests that there is no substantive commitment to increasing the proportion of women elected to local government.

Without more equal representation of women, progressive politics may as well be left in the dust, because vital decisions made in local government will continue to be made by an elite few.

How can we expect better quality of education, transport, and frontline services if we can’t address this fundamental imbalance?