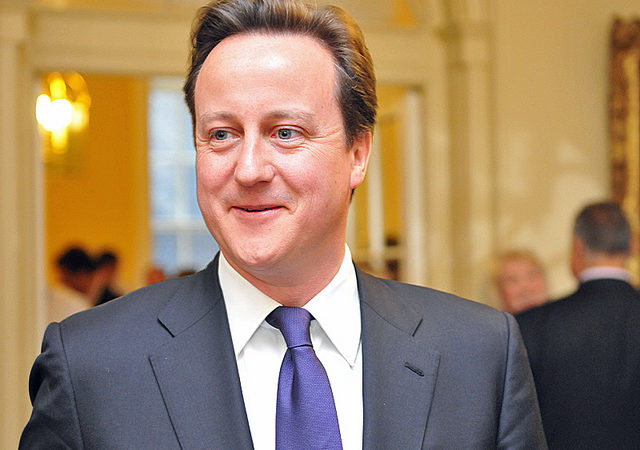 The Greensill scandal exposes the utter lack of rules on the lobbying industry, says a campaigner. Tamasin Cave told LFF that the government line that David Cameron’s lobbying was ‘within the rules’ is technically true — because no meaningful rules exist.

The co-author of ‘A Quiet Word’ and Spinwatch researcher Tamasin Cave said:  “George Eustice, Environment Secretary, yesterday said that the lobbying rules are pretty good. Which is George Eustice, a former lobbyist, not being very sincere because, basically, Cameron didn’t break any rules because there aren’t any rules.

“There aren’t any rules governing what he did.

Cave said that as a former politician, Cameron was technically subject to rules governing the revolving door. But the Advisory Committee on Business Appointments (ACOAB) which deals with politicians’ taking on private sector roles after leaving office has no enforcement powers.

“So it will advise politicians that they shouldn’t lobby for, say, two years after they leave office, but it is not a rule because there is no enforcement. There is nothing policing it, and there are no sanctions,” she added.

The committee only offers ‘limited transparency’, essentially just telling the public which politicians took on which jobs.

On the lobbying side of things, the former Prime Minister would fall under the register of lobbyists that he brought on in 2015. Cave said that in the wake of several scandals, Cameron needed to be ‘seen to act’ and effectively pretended to bring in rules for lobbyists.

Cave said: “The register he brought in literally does nothing. When it was introduced it was described by MPs in parliament as disingenuous, an exercise in box-ticking, chronically bad, glaringly innacute and a dog’s breakfast.

“So, they knew at the time it was a sham piece of legislation.”

Currently, the register only reflects a tiny portion of lobbying activity. If a lobbyist contacts a minister or permanent secretary, that triggers registration.

But lobbyists are only required to put in the register their name and who they are acting for. It doesn’t include their interaction with the government or what they are lobbying for. In addition, that only applies to third party lobbyists, excluding the in-house ones.

“So if you take what Cameron described as a ‘cosy club at the top making decisions in their own interest’, what it does is that it opens the curtain on that room, into the cosy club.

“It allows us to see who is in the room with whom in government and it gives us an indication of what they are discussing. Without that, there is no way the public can meaningfully gauge policy discussions.”

Refusal to introduce a proper lobbying register ‘very telling’. She believes that Boris Johnson’s government is ‘shot through’ with lobbyists, and even more intertwined with the industry than Cameron’s.

“The dependency that this government has on the commercial lobbying industry and commercial lobbyists suggests to me that it is highly unlikely if they did what they need to do and introduce a proper register,” she added.

While Cameron potentially broke the rules on the revolving doors and the ones governing commercial lobbying, he is unlikely to face consequences. ACOBA has no enforcement ability, and while the lobbying register has the power to fine, the ‘bar is so high’ for registering, it’s almost impossible to catch people out.

Cave added: “I looked at [the register] the other day, and in the six years it has been up and running, there is no mention of any lobbying by BP, Amazon and Philip Morris the tobacco company.

“But you can see that a Mozzarella cheese company lobbied some unnamed minister about something we don’t know about but presumably has to do with cheese in 2015. And that is how ridiculous it is, it just captures nothing of any meaning.”

This interview was edited for clarity