The seven-year long process of privatising the museum has left some workers exposed. 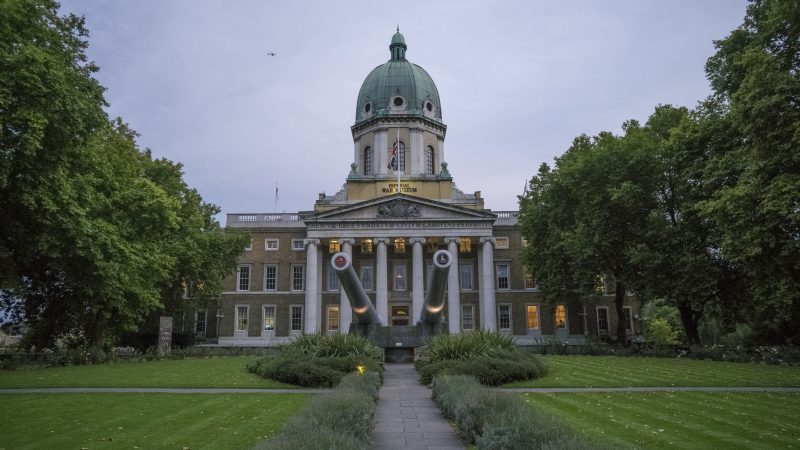 Shah Jahan is a blogger and freelance writer who focuses on the heritage sector, particularly, issues of worker rights, funding ethics and editorial independence.

The Public & Commercial Service Union’s Culture Group’s latest petition against privatisation at the Imperial War Museums is headlined “privatisation does not work.” It was issued ahead of the takeover of the £10 million contract to run the Visitor Services & Security department by Z E Global Ltd on 1 April – IWM workers’ fifth employer since 2014, when the department was transferred out.

The online petition, addressed to key decision-makers at IWM, including Director Diane Lees and Chairman of the Board of Trustees Matthew Westerman, demands intervention to prevent planned job cuts, to reverse the deskilling of the team through the reduction of the role to only security guarding and to work towards restoring the team to being employees of the museum, protected by the museum’s contractual terms, such as day one sick pay.

Major staff turnover and team restructures has occurred since 2014, when Shield Guarding, a subsidiary of Indian conglomerate, TOPSGRUP, were awarded the contract by IWM. The company had no known experience of running museums and after staff payroll errors and two years into the contract, the company entered administration and was liquidated.

Noonan, an Ireland-based facilities management company, owned by private equity firm, Alchemy, picked up the contract, after a period of uncertainty. In 2017, the PCS Union launched an online petition opposing job cuts by Noonan at IWM and demanding an end to their use of zero hour contracts and failure to pay the London Living Wage. They also called for restoring the team to employees, citing the examples of the National Gallery, British Museum and the Tate.

The PCS Union said Noonan had:  “(N)o experience in managing museums and are focusing on cutting jobs for profit rather than improving services. Workers & the PCS Union have raised numerous Health & Safety concerns that go ignored.” That year, Noonan was sold to South African conglomerate Bidvest.

In the wake of the resurgent anti-racist movement, led by Black Lives Matter, combined with the pandemic, the spotlight fell on key workers, disproportionately from ethnic minority backgrounds, with some groups up to twice as likely to die of Covid-19 as their white counterparts.

Those workers include security guards and cleaners with minimalist statutory terms that delay provision of the £95.85 per week sick pay until day four of illness, making them go to work sick. The PCS Union’s Culture Group reiterated the call for an end to privatisation in the heritage sector and launched a “Dying for Sick Pay” campaign, calling for day one full sick pay to become the norm, beyond the pandemic.

In response to the killing of George Floyd and the international anti-racist protests, Imperial War Museums issued a social media statement of nine promises for its own reform and reflection, including to “listen – to our peers, our staff, our visitors and the wider public” and to enable opportunities for staff to “challenge and interrogate us.”

In 2020, IWM once more put out a £10 million or so contract to public tender for the security guard personnel contract and Z E Global Ltd, took over at the start of April 2021. Z E Global have significant historic relationships with Imperial War Museums concerning provision of “security services” and “asset construction.” As a provider of technical security services, they have bid for a contract at the museum to provide digital door-locking, control room access control and camera installation services. Their website has one recent example of providing “guarding support” services for a physical and cyber security company, Rinnevore Services.

Z E Global has a number of UK offices and an office in Dubai but in accounts submitted in 2019, it declared an average monthly total of 11 employees, including directors, in 2018-19. According to publicly accessible details on Linkedin, the long-term operations manager of Imperial War Museums, resigned his role last year and was hired by Z E Global in January 2021, prior to the contract with the museum commencing.

Rachel Hopkins MP raised concerns about the museum’s latest choice of contractor, recently, in written questions in Parliament but the spokesperson for the Department for Digital, Culture, Media and Sport declared it a matter for the museum, as an arm’s length body that operates independently.

The PCS Union’s new petition opposing privatisation at Imperial War Museums does not specifically address the contractual terms of some workers, like no notice periods or low pay. Along with the pandemic’s effect on tourism, it suggests that the Imperial War Museums privatisation has worked for some, including private contractors and museum decision-makers, by reducing the influence of worker collective bargaining and shielding them from accountability for a catalogue of flawed and harmful choices.