Angela Rayner is calling on the Conservatives to issue an apology for magnifying misinformation during the Hartlepool by-election. 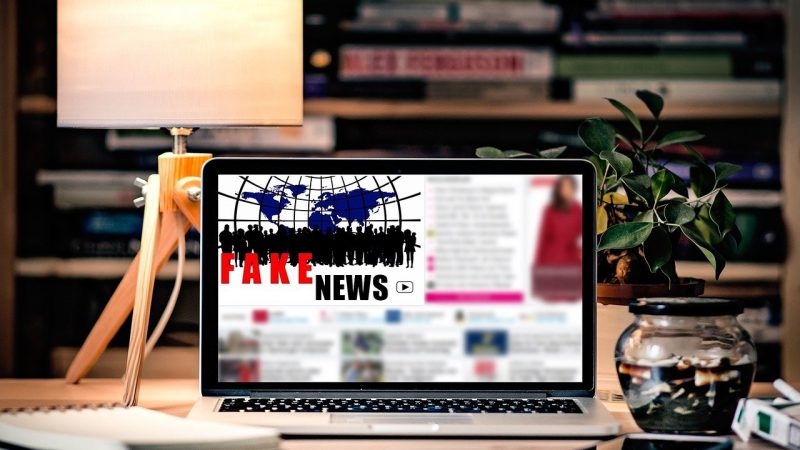 The Hartlepool by-election battle has taken a new twist with the Tories accused of bringing the North East constituency election into disrepute by amplifying material from US-based misinformation peddlers.

The accusations bolster earlier ‘fake news’ controversy involving an investigation into a newsletter that was circulated by the Wellingborough Conservative Association  urging members to ‘weoponise’ fake news.

Regarding the Hartlepool by-election drama, Labour’s deputy leader Angela Rayner is demanding the Tories apologise after it surfaced that the party has been magnifying misinformation from US-based conspiracy theorists during the by-election.

The incident refers to attacks made on Dr Paul Williams, a general practitioner and Labour’s Hartlepool candidate, which were posted on the US-based ‘Hartlepool TV’ Facebook page. The Hartlepool TV Facebook page was created by Steve and Pam Gooderham, a couple that lived in Hartlepool until mid-2019 when they moved to the US.

The defamatory posts, centred on misleading claims about Dr. Williams’ role in removing services from a local Hartlepool hospital, were shared by official Conservative party accounts and Reform UK, the populist party which was founded as the Brexit Party in 2018.

Hartlepool TV operate a number of social media pages – including Henderson TV and S&P TV. The pages have been involved in promoting different conspiracies, including misinformation about Covid-19 vaccines, the US Capitol Breach, and voting fraud in the 2020 US elections.

In her letter to Milling, Rayner notes how NHS workers have been among the heroes of the pandemic and voices her concern that Hartlepool Conservatives have been sharing dangerous misinformation from US-based conspiracy theorists “seeking to undermine the work done by doctors in the local area.”

“Labour’s candidate for the Hartlepool by-election, Dr Paul Williams, is a GP of more than 20 years’ standing. Steve and Pam Gooderham’s attacks on Dr Paul [Williams] on their ‘Hartlepool TV’ Facebook page can be found alongside videos about supposed voting fraud.  On their other channels there are claims the US Capitol Riot was a staged event, that the US election was fraudulent and material undermining public confidence in Covid vaccines. It is incredibly serious that official Conservative Party channels have been sharing and amplifying their content,” Rayner writes.

Doctor slammed by Tories as a ‘hospital hypocrite’

Labour’s deputy leader points to an article published in the Northern Echo in which Milling slams Dr. Williams as a “hospital hypocrite” in commentary that appears to amplify Hartlepool TV’s claims.

“We both know these attacks are dishonest,” Rayner continued in her letter to Milling.

The Ashton-under-Lyne MP makes reference to the work Dr. Williams, as a co-operative of fellow locals GPs, has done and continues to do so, including providing care to 300,000 patients through their non-profit collective, which was set up to fight off competition from private companies like Virgin Healthcare.

Rayner also reminds how it is successive Conservative governments that have cut NHS budgets, closed hospitals and downgraded services. Between 2011 and 2014 alone, North Tees and Hartlepool NHS were forced to face £40m of cuts.

“The fact is that your government’s most recent Budget imposed more cuts on the NHS and the pay of NHS staff,” writes Rayner.

Campaigning ‘must not stray into misleading and inaccurate claims’

Labour’s deputy leader calls on Miller to avoid bringing the election into disrepute by ensuring that Hartlepool Conservatives delete the claims from social media and post a fully apology amplifying channels that spread misinformation.

“It is right that election campaigning is forthright and passionate. However, it must not stray into misleading and inaccurate claims and it must also not be used as a vehicle for the spreading of hate, conspiracy theory and misinformation,” Rayner added.

Demands for the Tories to ensure the source of all information they share is thoroughly fact checked, follows similar calls made from Rayner urging the Conservative Party to investigate content that encouraged members of the Wellingborough Conservative Association to ‘weaponise’ fake news.

The newsletter connects Donald Trump’s success to his penchant to ‘weaponise fake news.’ In a letter to Milling in December 2020, Rayner called on the Tory Party co-chair to condemn the content of the document, or to confirm whether the advice it offers is now official Conservative Party policy.

An article in The Times published on April 24, 2021, runs with the provocative headline that the Tories are growing hopeful of taking the seat from Labour in Hartlepool. The article points to Keir Starmer facing an “embarrassing defeat if his party cannot reverse the fortunes of a faltering campaign.”

It appears the Tories are resorting to desperate tactics in their push to secure a seat that has never been won by Conservatives, involving hawking dishonest attacks and misinformation.

Left Foot Forward reached out to the Conservative Party on the issue which failed to provide a response.