Perhaps we shouldn't be surprised... 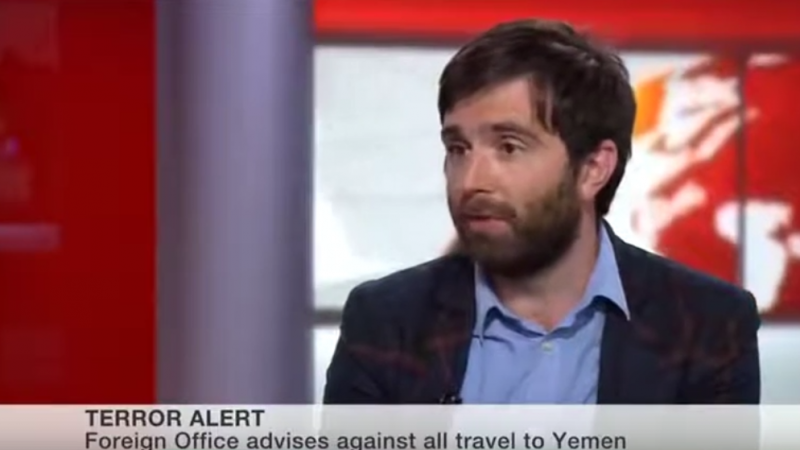 The new Lead Commissioner for the government’s Commission for Countering Extremism (CCE), Robin Simcox, worked for a hard-right US think tank accused of boosting extreme conspiracy theories, according to a new investigation.

According to a report by the Byline Times, Robin Simcox, a former Margaret Thatcher Fellow at the Heritage Foundation, spoke at a notorious American anti-immigrant hate group, the Center for Immigration Studies (CIS) in 2019.

As the paper reports, the group has: “regularly circulated anti-Semitic, white nationalist materials over a 10-year period – including articles by noted Holocaust deniers and eugenicists…the CIS has also been designated as a hate group by the Southern Poverty Law Center, the leading civil rights law firm that tracks extremist groups in America.”

The Heritage Foundation is a right-wing think-tank in Washington DC which had close ties to the Trump administration. It has been accused of boosting anti-Muslim conspiracy theorists, including ‘Great Replacement’ ideology – the idea that ‘native’ white populations are being ‘replaced’ by non-white immigrants.

Left Foot Forward has seen as speech given by Robin Simcox at a CIS event “on how migration and terrorism have combined to be a destructive force in Europe.”

Simcox discusses people who have fled humanitarian crises including in Syria, where he claimed some entered Germany with ‘nefarious purposes’: “Chancellor Merkel would soon discover that if you invite in the world, you also invite in the world’s problems. And this has particular relevance, of course, to terrorism.”

He also appeared to mock the idea of ‘inclusion’ of communities, instead calling for a conversation around ‘exclusion’: “It’s more unpalatable – of course it is – but it’s equally important. America, like Europe, has a choice. Is it home for everyone who turns up and says it is?”

Perhaps we shouldn’t be surprised by the revelations – the latest in bleak, unintentional irony coming from this government, given that:

The Tories are very keen on investigating so-called left-wing extremism. But people with alleged far-right links do very well with the Conservatives indeed…

A Home Office spokesperson told Byline: “Robin Simcox was appointed as interim Lead Commissioner, due to his wealth of expertise in the area of extremism,” they said. “The role of interim commissioner is independent of Government but all individuals appointed to roles like this are carefully vetted.”