Robinson's comments were described as a 'falsehood' by one MP. 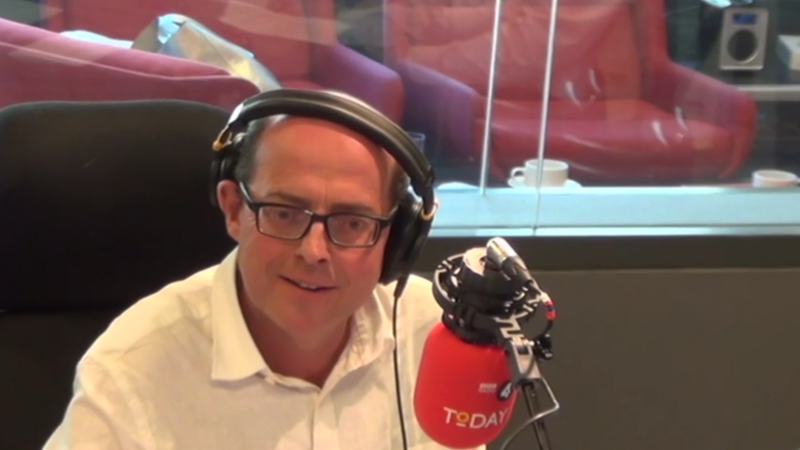 The BBC has been forced to issue a ‘clarification’ to comments made by Radio 4 Today programme host Nick Robinson on Low Traffic Neighbourhoods.

In an interview with Green Party co-leader Jonathan Bartley, Nick Robinson suggested that Low Traffic Neighbourhoods would mean Bartley, who has a disabled son, could ‘not use your car’ to help him.

Though LTNs do restrict access to stop through-traffic, LTNs still allow residents and other vehicles access for local uses, as well as deliveries and emergency vehicles.

Lillian Greenwood MP, an officer of the All Party Parliamentary Group on Cycling and Walking (APPGCW), complained to the BBC following the interview.

“The least we can expect from a national broadcaster is a basic grasp of the facts,” she said, describing Robinson’s comments as a ‘falsehood’.

LTNs are designed to prevent residential roads being used by ‘rat-running drivers’, blocking non-local users by using planters, bollards and other barriers.

Robinson’s comment received complaints from other listeners – triggering a quiet back-down from the corporation this week.

In its non-apology apology seen by LFF, the BBC claimed that when Nick Robinson’s suggested that councils ‘don’t have…exemptions’ and that people ‘cannot use’ their cars, he actually meant that those who need to use their car face more obstacles.

“We appreciate this question could have been better worded and this has been fed back to the programme team,” the BBC Complaints Team said in a response to Steve Tooze, seen by LFF.

Tooze told LFF the BBC’s response was a ‘verbal sleight-of-hand’: “[It] avoids addressing the central point that one of their big guns lacked the most basic understanding of how LTNs work or worse still chose to simply parrot one of the pieces of misinformation endlessly repeated by opponents of the Low Traffic schemes. And it’s not a one-off. A couple of weeks ago, BBC environment correspondent Justin Rowlett created a similarly adversarial LTN piece.”

He added: “It’s a shame that our supposed public service broadcaster chooses to approach an important debate about cutting traffic levels in our car-clogged, polluted capital like a ‘neighbours at war’ slot on Jeremy Kyle…[we need] a grown-up discussion looking at the facts and evidence around our desperate need to reduce car traffic to improve everyone’s health, safety and quality of life, and tackle an accelerating climate crisis.”

Jonathan Bartley told LFF that while he though Nick Robinson was referring specifically to access for disabled people, “the BBC has clearly been appalling in its coverage of LTNs and needs to do much better.”