The judge ruled that Rami Ranger 'victimised' and 'discriminated against' a woman who complained about harassment at his firm. 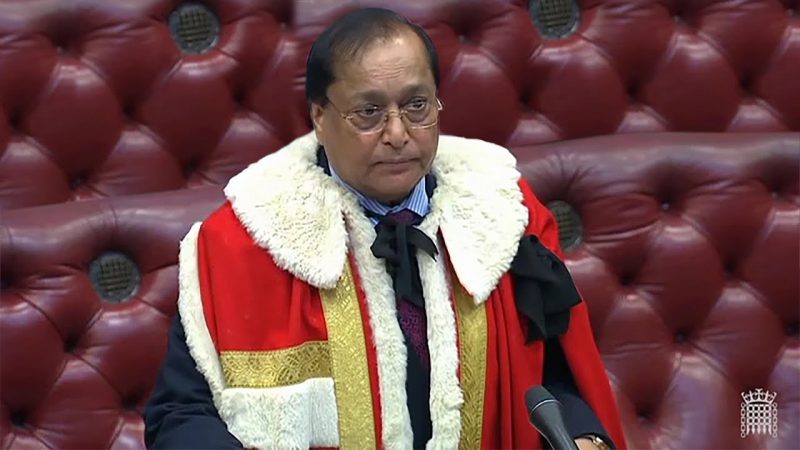 An employment tribunal has found that a Conservative peer ‘victimised’ a woman who complained of alleged sexual harassment at his multi-million pound firm Sun Mark.

Lord Rami Ranger used his maiden speech in the House of Lords last year to advocate for women, telling peers that “empowerment and equality for women everywhere is a necessity,” the Telegraph reports.

Yet a tribunal has ruled that he discriminated against a female employee who complained of alleged ‘unwanted sexual attention’ by a male colleague at the food export company.

According to evidence at the tribunal, Lord Ranger reportedly told the woman – who had just complained to him that she was being sexually harassed by one of the senior colleagues – that he would not “spare her” and criticised her for “arguing with men like a proper quarrelsome woman”.

The judge at the employment tribunal ruled that Rami Ranger had “victimised”, “harassed” and “discriminated against” the woman, in breach of employment laws, in his handling of her sexual harassment complaint. Rami Ranger strongly denied the allegations against him, and he has been granted permission to appeal.

The judge ruled Lord Ranger’s conduct amounted to gender-based discrimination, saying that the peer “would not have treated a man in a hypothetically similar situation by the use of those words.”

Judge Alastair Smail said Rami Ranger’s behaviour “had an effect of violating the claimant’s dignity and creating an intimidating, hostile, degrading, humiliating and offensive environment for her”, and that he had insulted her in a way which “related to her gender and the fact that she was raising an allegation of sexual harassment”.

Rami Ranger has been found to have directly discriminated under the Equality Act.

In a statement, the Sikh Federation called for Lord Ranger to resign as the chairman of the Conservative Friends of India and be expelled from the House of Lords.

The Sikh Federation is critical of Rami Ranger’s alleged support for the right-wing Hindhu nationalist BJP government. Lord Ranger is chair of the British Sikh Association.

On Twitter, Lord Ranger said: “Those who have seen selective accounts of the story in the media should read my full statement. I remain proud of my record as both an employer & a champion of gender equality & look forward to re-stating my case at the appeal.”

Sun Mark had issued a statement claiming that the victim’s recorded phone call to Lord Ranger “amounted to entrapment” and that ‘Ms A’ had “deliberately goaded” him before secretly recording the conversation.

Sun Mark strongly denied the allegations against Lord Ranger, according to the Telegraph. The statement said: “The tribunal acknowledged there is no history of discrimination or harassment in any of our companies.”