Food waste matters and we don't take it seriously enough 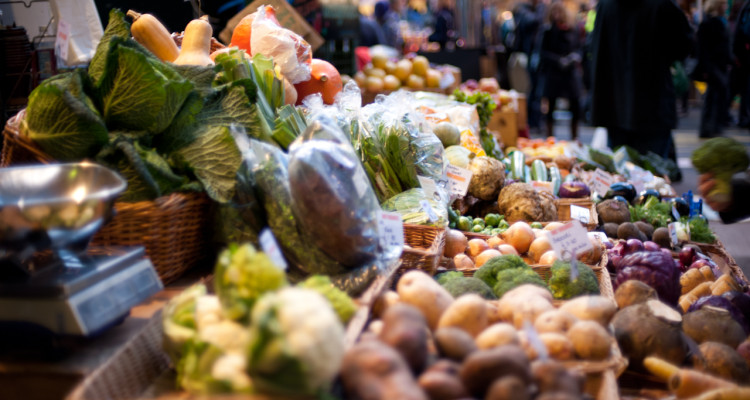 A new campaign movement has formed to tackle the “unconscionable problems of poverty and food waste.”

The movement has published a manifesto – the Food Abundance and Equality Declaration– calling for systemic solutions to the problems of food waste and poverty, to ensure everyone has enough to eat, and food is produced fairly and sustainably.

The movement, which includes many organisations at the forefront of UK food aid and surplus food redistribution, claim that providing surplus food to people in poverty is simply not a long-term solution to either food waste or poverty, as the numbers using foodbanks continues to rise and food waste levels remain high.

The Declaration says “The abundance of food we grow and agricultural land we use to grow it should not be wasted in the first place” and “in the sixth richest country in the world, nobody should go hungry or need to rely on food charities to survive”.

The Declaration is supported by 37 organisations working across the spectrum of poverty campaigning, food aid and environmental campaigning, including Greenpeace, Feeding Britain, Friends of the Earth, Olio, and Tax Justice UK.

As systemic solutions to poverty, the Declaration calls for the UK’s wealth to be shared more equally, fairer more progressive taxation, and a strengthening of social safety nets prioritising adequate financial assistance.

The movement will be launching a series of briefings for MPs on the connected causes of food poverty and food waste, supporting food redistribution organisations to become advocates for change, and supporting the existing campaign for a right to food.

Martin Bowman of This Is Rubbish, the founding organisation of the Declaration, said “I was involved in helping redistribute surplus food to help people in poverty for nearly a decade. During that time, it was heart-breaking to see the number of people going hungry skyrocket, and the millions of tonnes of food wasted in the UK barely decline.

“We can’t go on like this, with volunteers and charities picking up the pieces from a broken system. The government has the tools to solve these two distinct problems of food waste and poverty and must now use them urgently.

Anna Jones, Head of Forests at Greenpeace UK, said Britain’s food system is in ‘crisis’: “Food equivalent to hundreds of millions of meals is thrown away every year while millions live in food poverty and industrial meat production drives global deforestation and biodiversity loss at a catastrophic rate. We cannot solve the climate or nature crisis without radically overhauling our food system to make it more efficient, sustainable and fair.”

Robert Palmer, Executive Director of Taxjustice UK also joined the campaign: “It is unacceptable to see the current levels of poverty and food insecurity in the UK. Tackling this requires government investment. We need to create a tax system that supports these efforts. Profitable companies and those with substantial wealth need to pay their fair share.”

Sabine Goodwin, Coordinator of the Independent Food Aid Network said the redistribution of surplus food in emergency parcels cannot stop hunger from happening in the first place. “As more and more people are impacted by poverty and inequality across the UK, it’s clear that the conflation of the food waste and food poverty problems is setting us back.

“Food waste can’t fight hunger, only systemic change will do that. Unless we resolve to address poverty and inequality, disentangling food waste from the equation, a second tier charitable food aid system will continue to be entrenched,” she said.

Shane Holland, Executive Chairman of Slow Food in the UK, added: “Everyone deserves something good to eat; Slow Food is proud to support Plenty to Share – it’s a message that needs to be heard with urgency.”

Jessica Sinclair-Taylor, Head of Policy and Media at Feedback Global, said Britain we needs to call time on the ‘damaging myth that food waste and food poverty are two problems with a common solution’: “Until we treat each with the gravity and urgency it deserves, we won’t find real, long-lasting solutions to either issue. There is so much to be gained from a renewed approach to tackling poverty and inequality, and separately an ambitious strategy to address food waste as a climate issue.”

Find out more about the campaign here.