We need to learn lessons ASAP. 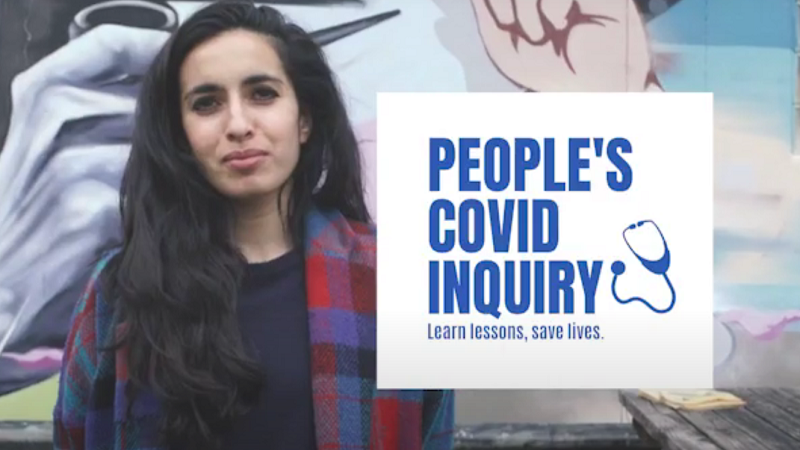 Samantha Wathen is the press officer for Keep Our NHS Public.

Much of the public and several organisations have lately called for an official public inquiry into the covid pandemic. But, with the Prime Minister refusing to commit to a timeline on holding one, health campaigning organisation Keep Our NHS Public is currently holding its own.

The Peoples Covid inquiry is chaired by renowned human right barrister Michael Mansfield QC and formed of eight sessions fortnightly until June which will culminate in a report and a key set of demands presented to the government.

Testimony submitted by both expert witnesses and members of the public will provide the basis for evidence-based recommendations on the provision of health and social care in the UK including the future funding and organisation of the NHS.

Sessions are free to access and open to all. A dedicated website has also been launched featuring testimony from members of the public, keyworkers and celebrities, which will aid the publicity and public accessibility of this important project.

Last night saw the third session in which Mansfield explained why this initiative was so important now. He said: “Even if the government ordered an inquiry now, it would take at least a year, possibly two…once you begin to look at the practicalities [of forming an inquiry] you realise that the demand for that is not going to be satisfied now and the hearings and reporting will take a further four years in total…so you put it all together; it could be six years before you get a public inquiry.”

He added: “This inquiry is the only one, and there isn’t the likelihood of another one. Secondly, it is done in the format of a judicial inquiry…what we endeavour to do is ask the questions everyone wants answers to.”

He said the government adopted “an influenza pandemic plan…policy was being led by people with no public health experience…public health people would have done something completely different.”

Azam spoke about the difficulties workers had experienced due to a lack of statutory support from the government and their employers and how some employers refused to even pay minimum wage for workers forced to stay off work due to having covid symptoms. “Thousands of workers are on the breadline due to being on minimum terms and conditions, and they don’t have the luxury to work from home” she said.

Azam also reported how: “PPE advice changed 40 times in 6 months…We had out of date PPE, paramedics with no protection whatsoever…even today we still have masses of problems…and PPE [still] does not appear across the school sector…There was a lot of employers shirking their responsibility [on PPE] almost like the health and safety act didn’t exist, and there wasn’t a body that could go in and challenge those employers, due to budget cuts in the health and safety department.”

This third instalment in the inquiry explored the calls from civil society for the adoption of a ‘Zero Covid’ strategy. It asked what does ‘Zero Covid’ mean and is it possible or has the Government really done the best it can? Is it possible to protect the population and protect the economy at the same time? Did the prospect of an effective vaccine side-line effective test, trace and isolate?

Expert panellists explored the UK government’s engagement with local government public health and primary care GP teams and the NHS and asked if this had been effective.

The decisions of government to privatise testing and contact tracing, their response to calls for ‘Find, Test, Trace, Isolate and Support’ (FTTIS), their sharing of data and decision making with local government; the financial support for central v. local contact tracing and performance of these; abolition of Public Health England and the level of public health expertise relied on in their decision making.

The next session (The Impact on the Population Part One) will take place on Wednesday 7th April. You can register here and watch previous sessions here.