One of the union movement's longest-standing battles for justice has finally succeeded. 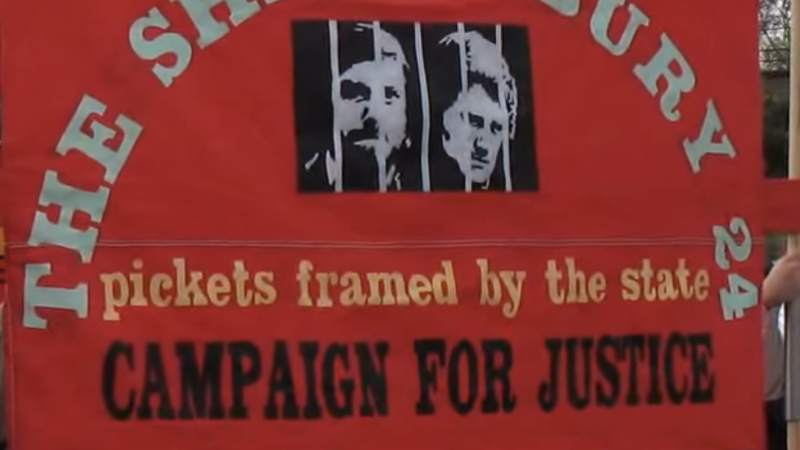 Members of the so-called Shrewsbury 24, who were given convictions while picketing in a strike nearly 50 years ago, have finally had their names cleared in the courts.

The group of twenty-four were trade unionists who picketed during the 1972 national builders’ strike. They were charged with offences including unlawful assembly, conspiracy to intimidate and affray for picketing, with 22 of them being convicted.

“Today is a joyous and just day for the 24, and for working people everywhere, but these innocent workers should never have been put in this miserable position by the forces of the British state,” the Unite union – which represents many construction workers – said in a statement.

Lawyers representing 14 of the group argued that the destruction of witness statements should make the convictions invalid.

They had also previously argued that the broadcast of an ITV documentary called “Red under the Bed” – broadcast during the first of the three trials – had been “deeply prejudicial” as it would have “provoked panic in the mind” of the jury.

Among those challenging the convictions were Ricky Tomlinson, star of the ‘Royle Family’ who was sentenced to two years in jail, and the family of Des Warren, who was jailed for three years and died in 2004. Including Warren, six of the 14 who brought the action have since died.

At a previous hearing in February, the court heard that a “covert Foreign Office agency” had provided “considerable assistance” in making the programme, which was praised by then prime minister Edward Heath.

Danny Friedman QC, representing 12 of the pickets, told the court that “the higher echelons of the state bore responsibility for deliberate covert involvement in the production of the programme.”

He argued that “a covert executive agency played a part in deliberately propagandising against the core subject matter of the proceedings,” which meant the convictions were unsafe.

Tomlinson said that “every person in the UK must question how the secret state has used subterfuge, a secret strategy and dirty tactics to criminalise the Shrewsbury 24, who were only guilty of striking for better pay and for better health and safety at work.”

At the conclusion of February’s hearing, Tomlinson, who was jailed for conspiracy to intimidate and affray and served 18 months, called for a public inquiry into the role of the “secret state” in the prosecutions of the Shrewsbury 24. But the court dismissed the claim the documentary might have made the verdicts unsafe.

In its written ruling today, the Court of Appeal allowed the 14 appellants’ appeals on the ground that original witness statements had been destroyed.

Lord Justice Fulford said: “If the destruction of the handwritten statements had been revealed to the appellants at the time of the trial, this issue could have been comprehensively investigated with the witnesses when they gave evidence, and the judge would have been able to give appropriate directions.

“We have no doubt that if that had happened, the trial process would have ensured fairness to the accused. Self-evidently, that is not what occurred.”

He added, “By the standards of today, what occurred was unfair to the extent that the verdicts cannot be upheld.”

The Trade Union Congress called the judgement a ‘moment to remember’: “Nearly 50 years after the unfair convictions of trade unionists – today those convictions have been overturned. This is a historic victory for working people.”

A spokesperson for Aslef, the train drivers’ union added: “We always said that their convictions for unlawful assembly, conspiracy to intimidate, and affray, for picketing during the 1972 national builders’ strike, were wrong. The only conspiracy was that of the Tory government, together with the companies, the police, and the legal system, to stop working men lawfully withdrawing their labour.”

Jeremy Corbyn’s Peace and Justice Project bosses noted that ‘police and courts trampled over the law to jail’ the 24: “It’s taken half a century to get justice. This morning, every conviction was quashed.”