Workplace inspections actually fell rather than increased during the pandemic. 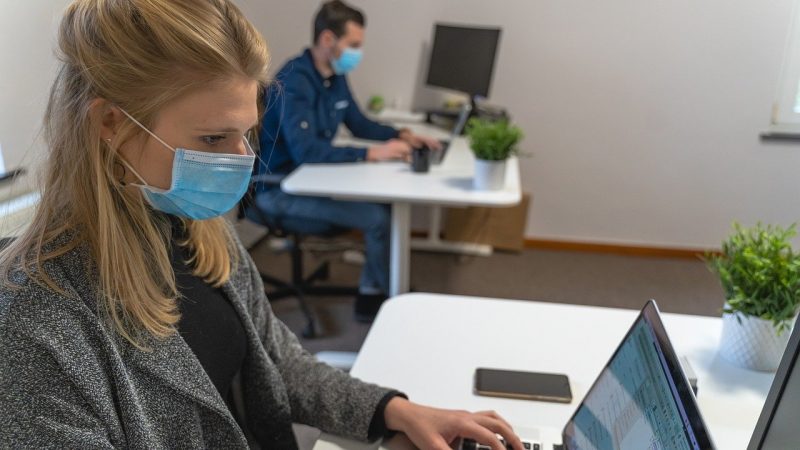 New research from the Institute of Employment Rights (IER) has found the risk of Covid-19 transmission in the workplace remains significant and is being dangerously downplayed by the UK government’s light-touch approach.

HSE and Covid at work: a case of regulatory failure is written by 11 specialists in occupational health and safety and labour law, including academics conducting empirical research into workplace risk factors throughout the pandemic.

The team, from England, Scotland and Wales, carried out a comprehensive review of the latest data on workplace transmission and the response of the government and Health and Safety Executive (HSE) to mitigating that risk. Their report identifies a serious mismatch between the risk to workers’ health and the government’s claims to make workplaces “Covid-secure”.

The role of work in transmitting the disease was recognised from the outset of the pandemic. In May 2020, the Office for National Statistics identified 17 high-risk occupations and ‘clusters’ of cases quickly emerged in a wide range of sectors from public services to food processing and retail. Public Health England (PHE) figures have since revealed the highest-risk workplaces were offices, which accounted for more outbreaks in the second half of 2020 than supermarkets, construction sites, warehouses, restaurants and cafes combined.

Workplace infections account for a significant proportion of all Covid cases. An analysis of PHE data conducted by Professor Rory O’Neill, one of the co-authors of HSE and Covid at work, revealed that 40% of people testing positive for Covid-19 reported prior ‘workplace or education’ activity.

Meanwhile, a survey of call centre workers by co-author Professor Phil Taylor revealed that over one in three (35.4%) were seated less than two metres away from their colleagues in contravention of social distancing rules. This is despite a warning from the government’s own SAGE advisors that reducing social distancing to one metre rather than two could increase transmission ten-fold.

In May 2020, the government declared workplaces “Covid-secure” and reassured workers that this would be enforced through a £14m package for HSE ‘spot checks’. But IER’s analysis found strong evidence that risk was not sufficiently mitigated in workplaces because Covid-19 rules were not adequately enforced.

The IER’s analysis of the government’s strategy reveals an underfunded, light-touch approach through an understaffed agency which failed to regulate the risk to workers and, by logical extension, to communities, including carers, pupils and students in education and their parents. The magnitude of this risk has since been tragically borne out by large workplace outbreaks such as that seen at the DVLA’s Swansea offices, while the government’s underwhelming response is reflected in the complete absence of prosecutions of employers known to be breaking Covid rules.

Commenting on the findings, Andy McDonald, Shadow Secretary for Employment Rights and Protections, said: “In a time of national crisis it is more important than ever that the government’s actions are held up to scrutiny. The findings of this report are deeply concerning – if health and safety laws and Covid-19 rules are not enforced, they are not worth the paper they are written on.

“When a deadly disease sweeps the country we need worker protections more than ever, yet the government has effectively shielded employers from prosecution even while coming down hard on individual citizens who break the same rules. We have seen the tragic results of under-regulated workplaces in outbreaks across the country, including at the DVLA offices in Swansea. The workers affected – and those in our emergency services and NHS who fought to save their lives – deserve answers as to how this was allowed to happen.”

The report finds that inspectors were themselves locked down when ‘spot checks’ were announced. Demonstrating the severity of the risk to workers, the HSE barred Inspectors from making workplace visits because of the danger to them of making such visits. As a result, ‘spot checks’ were conducted by phone despite 67% of people in a YouGov survey favouring random in-person checks.

Following a 58% funding cut over the last 10 years, which forced the HSE to reduce its staffing levels by 36%, there were too few inspectors to perform ‘spot checks’ on the nation’s 5.5m health and safety duty-holders. The £14m of extra funding barely made a dent in the nearly £1000m lost by the HSE during 10 years of government austerity and covered just 0.5% of HSE activity.

Carolyn Jones, Director of the IER, said: “The government and HSE has neglected perhaps the richest resource at their fingertips in their exclusion of the UK’s nearly 100,000 trained trade union health and safety representatives from their ‘Covid-secure’ strategy.”

Funding rules also forced public money into private hands. HSE was not permitted to use any of the £14m extra funding to train new inspectors, so more than half of this money was siphoned off to private companies to ‘inspect’ employers. In fact, this was done from call centres staffed by untrained workers who made 15-minute, scripted phone-calls to employers.

A TUC survey revealed ‘very clear breaches’ of the law in over a third of workplaces. Meanwhile, the government gave no official role to the nearly 100,000 trained trade union health and safety reps across the UK.

The legal experts note the government’s ‘light-touch’ approach to employers and the law. In direct contrast to the various emergency laws made in relation to social activities and other forms of pandemic control, the measures employers were asked to take were not backed by the force of law. Instead, the Department for Business, Energy and Industrial Strategy and the HSE issued ‘guidance’.

Legal duties to workers have also been consistently downplayed. The IER’s report identifies two Acts of Parliament and seven sets of regulations relevant to the duties owed to workers, but found these were barely mentioned in the guidance given to businesses. As a result, the guidance failed to emphasise the legal obligations of employers to protect the health and safety of workers.

The team is calling for the launch of a major independent public inquiry into the future of the regulation of safety and health at work in the UK, as well as a significant increase in investment in the HSE to promote stronger enforcement of legal protections, thereby improving their effectiveness.