The Tories represent the status quo on steroids. Labour has to offer a new direction. 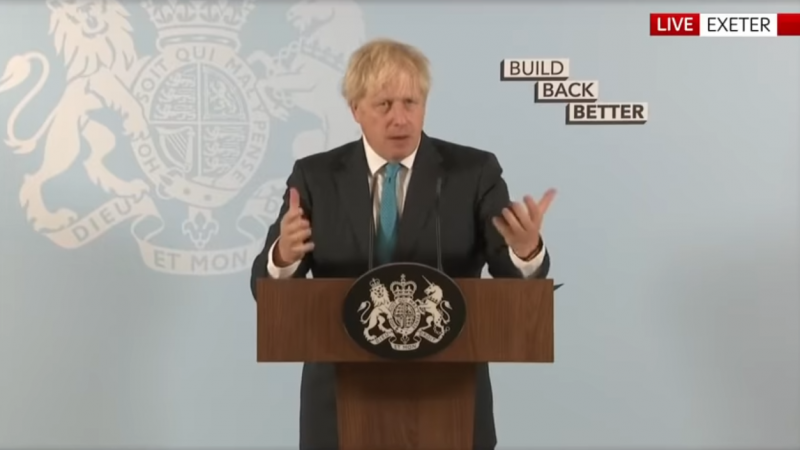 If we’re being optimistic, Keir Starmer’s speech on the economy in mid-February could be interpreted as a turning point for the Labour leader.

Starmer laid out a vision for Labour’s future in a way that he perhaps hadn’t done before, centring the economy and business. He seemed to promise a genuine stability that many people are craving in these uncertain times.

But there was one note that Starmer perhaps didn’t hit quite right. He contrasted Labour and Conservative ambitions like this: “They say they want to build back. But I don’t want to go back. We can’t return to business as usual”.

While Starmer’s sentiments are admirable, he needs to think carefully about this line of argument.

The appeal of nostalgia

A YouGov poll from 2019 explored sentiments around the ‘good old days’ and found that looking at every decade going back to the 1960s, more Britons believe life to have been better ‘back then’ than now. These sentiments are not just inconsequential, private expressions of nostalgia; they have tangible political consequences.

Indeed, the Conservatives are often seen as the party of nostalgia. It is widely acknowledged that a nostalgic longing for ‘better times’ played a distinct part in the vote for Brexit. Much like ‘Make America Great Again’, a slogan like ‘take back control’ is explicit in the way it plays to ideas of the halcyon days of yesteryear. The idea behind the slogan is simple: ‘control’ is not just desired because it gives us power, but because it bestows upon Britain a power that we had ‘back’ when things were better.

And of course, today’s slogan of ‘build back better’ is very much in the same vein. It is a deliberate appeal to nostalgia, of biulding on the past.

Of course, the idea of a halcyon past is in the eye of the beholder: and this is probably what makes it such a deadly political weapon. A party can easily, arbitrarily point to any recent change or modern development and blame it for the disappearance of better times.

It is therefore unwise for Starmer to dismiss the Conservatives’ narratives as an unwanted ‘roadmap to yesterday’. Nostalgia has political appeal – an appeal that Labour has not been able to capture for some time.

Going back to Tony Blair, we can see that Labour has relentlessly emphasised its forward-looking credentials. In a conference speech from 2005, Blair stated that globalisation was not up for debate. He said that the opportunities it heralded went only ‘to those swift to adapt, slow to complain, open, willing and able to change.’

Blair marked out Labour as a party championing rapid change and an uncritical embrace of the future – and thus made it an unwelcoming space for those hesitant about these new ideals.

And we see it everywhere. Sitting on the Labour left lies the organisation Momentum, whose very name implies forward movement. To the right of the party sits Progress, another grouping with forward motion explicit in its name.

Labour cannot and should not refashion itself as a party of nostalgia. It cannot play the Tories’ tune.

Instead, Labour has to challenge the Tories’ appeal to nostalgia by casting doubt on whether the party is actually planning to move anywhere. The Tories are certainly not going to take us forward, but they’re not likely to take us back to ‘better times’ either.

This isn’t just because these ‘better times’ are a figment of fantasy, but because the post-war decades that so many hark after contained the development of so many policies and ideals opposed to Conservative values – and signalled some of the most equal times for UK society.

The party seems to be waking up to this, with General Secretary David Evans noting this week that ‘elections are always about the future, never the past’.

There is much to be gained by making our the Conservatives as a party set on fostering a broken status quo marked by inequity, poverty and injustice. With the pandemic, we have seen gender inequality deepen, food bank usage skyrocket and public health traded in for elite friendships. The Tories have merely taken us in a direction of more of the same. The status quo on steroids.

And this needs to be Labour’s new narrative. The Tories are a static party, happy to sit and prop up a system which benefits them. In other words, if you want to go somewhere new, look elsewhere.