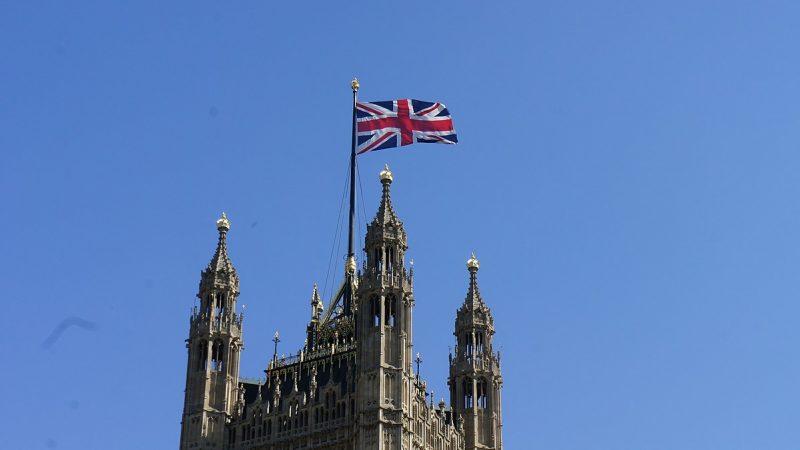 Last week I saw #Flagshagging trending on Twitter. At first, I wondered if Trump had been hugging the star-spangled banner again. But I was surprised, albeit less than I would have been five years ago, to see the hashtag had started here in the UK.

BBC Breakfast hosts Charlie Stayt, and Naga Munchetty made a light-hearted quip about the size of a Union Jack behind the Housing Secretary’s head. This led to numerous people calling for their sacking.

Shortly afterwards, the presenters and some colleagues apologised for making or liking Tweets about the incident. Then, 17 backbenchers wrote to the BBC’s head, a former party donor, asking that he reprimand the hosts. Funnily enough, the tabloid press did not dismiss this campaign as ‘identity politics’ or ‘cancel culture’.

Fast forward a few days, and #Flagshagging still trends. This time in response to the Tories’ policy of wanting to fly the flag every day on all government buildings in England, Scotland and Wales (controversially the DUP wish to extend it to Northern Ireland).

A cheap tactic to encourage pride in the union when Sturgeon is all but sure to stay First Minister? A cynical means of promoting solidarity as European exports drop by almost half? Or part of an effort to takes people’s minds off material circumstances, as the Covid-19 death toll surpasses 125k, to focus on culture wars? Maybe all of the above.

Regardless, flags, and other common symbols, seem to serve an important purpose. Hence why we’ve had them for a millennia, and they still soar around the globe. The cloth ones come from the Indian subcontinent or Chinese Zhou dynasty, though before even ancient Egyptians had symbols engraved on their tools. And while flags are uniquely human, other species, including monkeys and whales, seem to have forms of common cultural transmission to bond groups.

In 2016, social psychologists Shannon Callahan and Alison Ledgerwood studied the significance of flags. Among other things, they asked whether the presence or absence of one impacted outsiders’ impressions of realistic or fantastical groups, e.g. “Ithaca Jewish Society”/ aliens labelled Gs/ Hs. They later tested whether or not participants would use them in diplomatic scenarios where they were trying to scare others or forge alliances.

Participants perceived different groups as more ‘real’ and cohesive if they had a flag. However, they also saw these groups as less warm and more threatening. When judging if they would use them, the American sample said they would fly one to “intimidate” Venezuela but not to “cooperate” with Peru.

So, a consistent picture emerges: flags bond insiders but make outsiders feel unwelcome. These findings are in line with later research showing “groupy” groups are seen as better to be a part of, but worse to be enemies with.

Markus Kemmelmeier and David G. Winter support the notion of flags as mutual symbols of inclusiveness and division. They either displayed an American flag or nothing in a room where people answered questions about patriotism (love/ concern for one’s country) and nationalism (desiring their country to dominate others).

A flag’s mere presence predicted higher scores for the latter but not the former. Similarly, a German research team found exposure to the national flag increased prejudice against immigrants among nationalistic respondents.

There are, of course, differences depending upon what associations people have with their flags. Communities vary, and their values evolve: hence, many change flags after watershed moments. Some signal hope, others independence or open-mindedness. However, a common feature for nations with an imperial past, like Britain, is it invokes power-related concepts.

Destroying these can be perceived as a rejection of these ideals and a degradation of the collective they represent. Like the classic Robbers Cave study where one team of boy’s burnt the other’s flag to hurt them, and the ongoing American debate about desecration.

Even in this modern age, flags potentially tap into our stone-age brain. Humans don’t have the best natural defence mechanisms. We have neither the sharpest teeth nor strongest physical forms. However, something we do well is work together to survive. Hence our species spending 99% of our existence in small, hunter-gatherer clans competing for finite resources.

It is adaptive to signal identification with a clan, marking oneself as an ally, but the problem comes if neighbouring clans are othered or devalued. This observation forms the basis of social identity theory.

Evolution is a prolonged process, meaning it can take thousands of generations for a complex adaptation to happen. In that respect, artefacts like flags may literally reflect tribal thinking.

So when Culture Secretary Oliver Dowden said these pieces of material could be “a proud reminder of our history and the ties that bind us”, it depends on what parts of our past he wants people to connect with. Forget “same old Tories” – this week’s story is as old as people.