Older people are the most supportive of lockdown measures and younger people can't stand Farage. 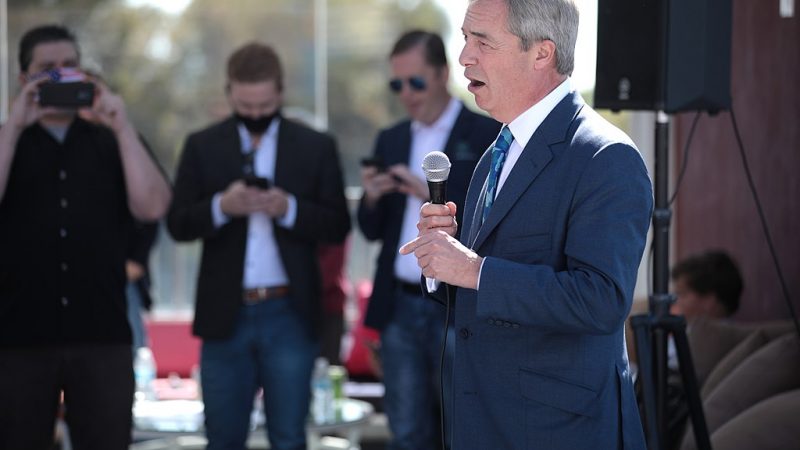 With their main mission accomplished, Nigel Farage and his band of Brexiteers are in need of a new war.

As libertarian-inclined, free-market Thatcherites, they’ve chosen to pivot from the fight against the ‘over-reaching authority of Brussels’ to the battle against ‘freedom-killing lockdown measures’.

Farage’s Brexit Party has renamed itself ‘Reform UK’ and claimed “the new national lockdown will result in more life-years lost than it hopes to save”. Instead, they tout the less restrictive (and less succesful) Swedish model as an alternative.

If Farage thinks the voters who backed his anti-Brussels crusade will follow him into this fight though, he’s misread the public mood.

Poll after poll shows that the demographics which backed Brexit are the same groups who support forceful anti-coronavirus measures most enthusiastically.

When asked if frontline healthcare workers should be forced to get a vaccination, 68% of the public said ‘yes’. This figure rises to 79% for the over-65s, 72% for Tory voters and 70% for the Leave voters.

When asked if a 10-year jail sentence is a suitable punishment for lying about what countries you’ve been to, 51% of the public said ‘yes’ and 13% said ‘not harsh enough’. The ‘not harsh enough’ figure rises to 17% for the over-65s, 15% for Tory voters and 18% for Leave voters.

So an anti-lockdown party’s best chance is to target a minority of young people who are most relaxed about the virus. Perhaps people like the young man below who organised an illegal rave in Yate, claimed it was “anti capitalism” and didn’t seem too bothered about the public health consequences.

But are he, and other young lockdown-sceptics, going to vote for a party led by Nigel Farage and cheered on by the likes of Julia Hartley-Brewer and Toby Young? Personally, I can’t see him raving on the conference stage with Farage any time soon.

The collision between the Brexit Party’s assumptions and the reality of their core voters’ views seems to have hit some leading party figures hard.

His tweet got 4,000 likes and hundreds of retweets from his social media echo chamber but the polls are real – whether he accepts them or not.

Whether or not the post-Brexit Brexit Party has an electoral future is an open question. There’s plenty of issues they could push the Tories right on and peel off elderly Leave voters. There’s immigration, anti-‘woke’ gesturing, law and order and so on.

What’s certain though is that being anti-lockdown is a vote-losing dead end. If Farage remains as politically astute as he always has been, he will soon realise that and there’ll be another rebrand.