UK pressed to step up efforts to help impose a ceasefire in Yemen by suspending arms exports to Saudi. 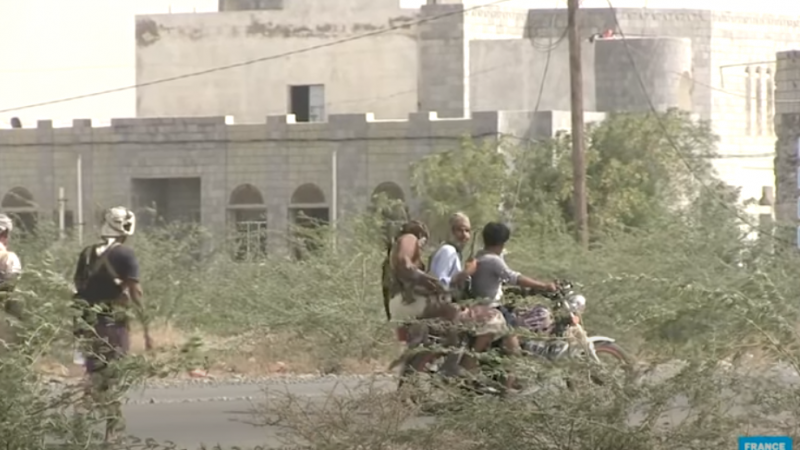 Demands are being made for the UK to follow the US’s lead and end support for the Saudi-led bombing of Yemen.

On February 4, 2021, President Biden announced the US was suspending arms exports to Saudi Arabia for use in the war in Yemen. In a broadcast to State Department officials, Biden added the US will support UN-led initiatives to impose a ceasefire in Yemen, open humanitarian corridors and rebuild peace talks.

Following the President’s statement, calls are being made for the UK to make the same commitment and play its part in securing peace in Yemen by suspending the export of arms to use in the conflict.

Yemen – one of the poorest countries in the Arab world which has been devastated by war for years – is regularly hit by British bombs, dropped by British planes.

Since the bombing of Yemen began in March 2015, the UK has licensed at least £5.4 billion worth of weapons to the Saudi regime. £2.7 billion has been spent of ML10 licenses, including aircraft, helicopters, and drones, and £2.5 billion on ML4 licenses, including grenades, bombs, missiles and countermeasures.

In June 2020, the UN reported more than 60% of civilian deaths in Yemen has been the result of Saudi-led air strikes.

BAE Systems – the UK’s largest arms company – has made £15 billion in revenue from sales and services to Saudi Arabia since 2015.

In June 2019, the Court of Appeal ruled that the UK government had acted unlawfully when it licensed the sale of UK-made weapons to Saudi Arabia to use in Yemen. The ruling determined that Britain had failed to adequately assess whether the country’s involvement breached international humanitarian law. As a result, the UK was ordered not to approve any new licenses to sell arms to Saudi.

However, in July 2020, Liz Truss, Secretary of State for International Trade, reversed the court-ordered suspension of arms exports to use in the war in Yemen, announcing it was to recommence arms sales. Truss argued that adequate government assessment had taken place and concluded it was lawful the exports were resumed.

In the wake of President Biden’s statement, Labour has asserted its support of the US’s suspension of arms exports to use in the war in Yemen and is demanding the government takes a similar position.

In a letter to Liz Truss, Emily Thornberry, Shadow International Trade Secretary, stated: “The UK cannot play its proper role as penholder in the UN-led peace initiative that President Biden has urged if we are simultaneously continuing to sell arms to one side in the conflict. We must instead demonstrate that we stand firmly alongside the President in demanding an end to this war, and are ready to take the same actions as him to achieve it.”

Campaign Against Arms Trade (CAAT) is putting similar demands on the government. In October 2020, CAAT filed a new judicial review application against the decision to renew arms sales to Saudi Arabia.

Responding to the news that the Biden administration in ending Yemen war support, Sarah Waldron of CAAT noted how the US government is the biggest arms dealer in the world, so that ending its sale of arms to Saudi, could be an important step towards ending the terrible war in Yemen.

“It [Biden’s announcement] also puts the spotlight firmly on to the UK government and companies that have armed, supported and enabled the brutal bombardment,” said Waldron.

“Saudi-led forces have killed thousands of civilians and bombed schools, hospitals and homes. No matter how dire the crisis has become, they have been able to count on the uncritical political and military support of the UK government. That support must end, and so must have the arms sales that have done so much damage,” Waldron added.

The SNP is making similar appeals, urging the UK government to end its support of the atrocities taking place in Yemen.

In a statement that referred to the UK as being “shamefully isolated on the world stage”, Alyn Smith, the SNP’s Shadow Foreign Affairs spokesperson, said: “The Foreign Secretary must now follow the lead of the Biden administration and end its support for offensive operations in Yemen, as well as its backing of the Saudi regime through arms sales and military assistance, and instead play a meaningful role in bringing this conflict to an end.

“Yemen has been pushed to the brink, with millions displaced and in poverty, and its health system decimated – all in the middle of a pandemic. The UK must step up and strengthen its diplomatic and aid efforts urgently,” Smith continued.

Left Foot Forward reached out to the Department for International Trade on the issue. A government spokesperson said:

“HMG takes its export responsibilities seriously and will continue to assess all export licences in accordance with strict licensing criteria.”