Communications spending in the Scotland Office has tripled in recent years. 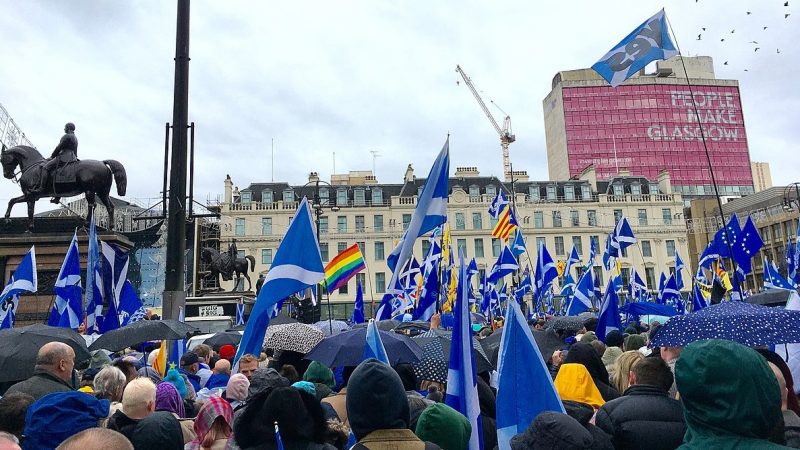 The SNP has accused the Tories of panicking over growing support for independence – as new figures show the UK government is spending millions of pounds on pro-union campaigning.

Newly released Freedom of Information (FoI) requests, and job adverts, reveal the Tory government is spending hundreds of thousands of pounds on new staff for its ‘Union Unit’.

It follows a separate FoI response in December, which revealed soaring expenditure on communications and advertising at the Scotland Office.

Together, the data shows the Tory government is spending millions on its anti-independence campaign, despite continuing to publicly refuse permission for a second independence referendum.

The number of Scotland Office communications staff has also tripled from six to 17, and overall staffing increased by 43 per cent from 58 to 83 since 2011.

Twenty consecutive polls have now shown a majority for independence in Scotland. In the adverts for the new Union Unit posts a knowledge of Scotland is not required and is only listed as “desirable” – a fact which has angered independence supporters, making the front page of today’s National.

Commenting on the findings, the SNP’s Stewart Hosie MP said: “Boris Johnson is clearly in a panic about rising support for independence – if he is spending millions of pounds of taxpayers’ money on political campaigning.

“Despite what they claim in public, the Tories know there will be an independence referendum if the people of Scotland vote for one in May – that’s democracy. But the Tories are completely clueless if they arrogantly think a No campaign run by Vote Leave Brexiteers in Westminster, with no understanding of Scotland, will persuade anyone.

The PM’s spokesman denied No 10 were in a panic, saying: “It remains our focus to ensure that we deliver for people across the United Kingdom, and that’s what the Union Directorate allows us to do.”