Matthias Cormann is bidding to be secretary-general of the rich countries' club. 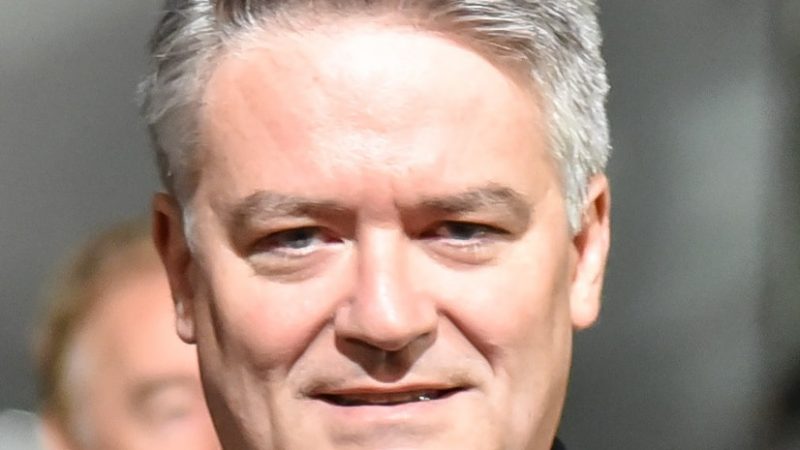 The Trade Union Congress (TUC) has urged the UK government not to support the Australian candidate Mathias Cormann as the new boss of the Organisation for Economic Co-operation and Development (OECD).

TUC General Secretary Frances O’Grady said she was concerned that the UK was preparing to vote for Cormann. He has a reputation for defending Australia’s mining interests, and on opposing urgent action on climate change and for his support for the anti union agenda in Australia.

O’Grady said Cormann’s appointment would set back the fight against poverty and the climate crisis. She added that it was time for a woman to take on the leadership of the organisation.

There are four candidates still in the race to lead the OECD including the former EU trade commissioner Cecilia Malmström and the Greek academic and former education minister Anna Diamantopoulou, who has a track record of fighting poverty and tackling the climate emergency.

Whilst the UK has not formally declared its preference the TUC said said there was speculation that Raab was lining up to support Cormann. It is also speculated that President Macron in France may support Cormann.

Labour’s Emily Thornbury has also written to Boris Johnson seeking assurances Britain would not back Cormann saying his climate record as “one of denial, inaction and deeply retrograde steps on issues like emissions trading, carbon pricing, and fossil fuel investment”.

In Australia there is mounting criticism of Cormann for his tour of Europe to drum up support for his candidature.

The newscom.au website reports that the Australian defence department were forced to reveal why taxpayers paid for Cormann to travel to Europe in a luxury air force jet, with an entourage of nine people including his  personal flying doctor at a time when thousands of Australians remain stranded in Europe.

The luxury RAAF jet is said to have cost millions of dollars and cost $4000 for every hour it is used – and was on permanent stand by.

The defence department said the medic was on hand to “manage any risks to the successful and safe execution of the mission. A medical officer was deemed necessary for this task.”

It is reported that Cormann’s travel itinerary took him from Canberra to Perth, to Oman, to Turkey, to Denmark, to Germany, to Switzerland, to Slovenia, back to Switzerland, then Luxembourg, to Belgium and then to Spain.

Scott Morrison the Aussie PM said that the threat of COVID was the reason he was given the plane, saying: “I mean, there really wasn’t the practical option to use commercial flights in the time we had available because of COVID. I mean, if Mathias was flying around on commercial planes, he would have got COVID”.

In his maiden speech, Cormann said: “Any proposition to remove workplace agreements and hand workplaces back to the tyranny of union bosses will put a stake through the heart of the Western Australian and the national economy. We cannot let this happen.”

Cormann was referring to individual contracts of employment known as Australian Workplace Agreements which were abolished by the Labor Party the following year.

In the same speech, Cormann said approvingly that the Howard Government “redefined the role of government, embracing markets, reducing tariffs, reducing government ownership, liberalising Australian workplaces and tax reform, promoting competition including in the government sector, shifting to a work focussed welfare system and putting stability back into macroeconomic management.”

Detmarr said: “These were the values which informed his practice as Finance Minister under Tony Abbott (now a UK government advisor on trade), then Malcolm Turnbull and finally Scott Morrison. Cormann opposed gay marriage; he undermined Malcolm Turnbull as prime minister and supported the disgraceful and extreme right wing Peter Dutton to do so.”

The main focus of Cormann and his Government’s agenda has been on personal income tax cuts for the wealthy and attempting to cut the corporate tax rate, while promising further attacks on those requiring welfare, on the trade union movement and the ability of workers to get a fair wage.