The historic victory on Friday means that they are now considered workers and with rights for minimum wage, holiday pay and protection from discrimination. 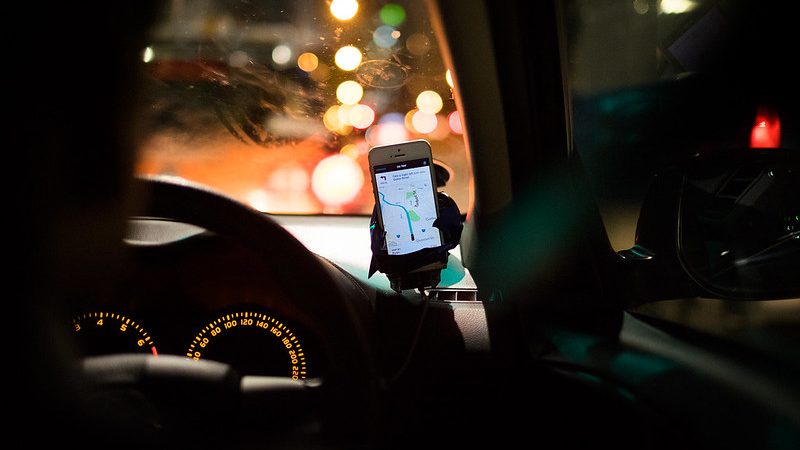 Uber drivers achieved a landmark win in the Supreme Court that could have wide implications for workers’ rights. The historic victory on Friday means that they are now considered workers and with rights for minimum wage, holiday pay and protection from discrimination.

We spoke to the two lead co-claimants in this six-year legal battle about this historic decision.

App Drivers & Couriers Union general secretary James Farrar said : “It was good old fashioned shoe leather trade unionism that won this, the GMB union and ADCU working together for many years to make this happen.

“It was my great honour and pleasure to be part of it but we were a small part of it compared to the team we had working with us, but most importantly the bravery and solidarity of our members.”

Mr Farrar’s activism against Uber started six years ago, after the company refused to do anything to help him after he was assaulted by a rider. They refused to give the customer’s name to him, citing data protection, even demanding a court order before they supplied the information to the police.

“During that process, I started asking questions about the contract, because I couldn’t understand why Uber was behaving this way, why they would not cooperate. When I started looking at the contract, I saw what the problem was,” said Mr Farrar.

Because according to the contract Uber is only an agent, Mr Farrar believes they wanted to avoid triggering either liability towards customers or an employment relationship with him. By calling themselves an internet booking engine rather than transportation company, Uber also avoided paying VAT.

“The Supreme Court has just trashed this contractual arrangement.

“So Uber is the principle and they have to pay, I always thought it was £1billion but I heard this weekend it’s £2billion they own in Treasury and VAT payments, and it will have to make good on minimum wage and holiday pay to drivers backdated.”

The average Uber driver has to work ‘monstrous’ hours just make ends meet and the precarity of their situation means they have no safety cushion, said Mr Farrar.

“People can very quickly fall off a cliff, that is the economic reality of Uber we are dealing with,” he added.

“There  are some things that are particular to this case, but overwhelmingly the story of this judgement is the same for all across the gig economy. It’s a complicated ruling, but in many ways, very simple.

“Your starting point in understanding workers’ rights is to start with the law, not with the contract. In some ways it’s quite simple, but it is also very profound, it’s very moving.”

Early Uber adopter Yaseen Aslam was one of the first people to start organising drivers after he saw his earning start to shrink through successive price cuts.

The two started organising together on the grass roots level, despite an initial lack of any resources or funds.

“It is the social network model applied to business. That’s fine on the Internet, but in our world, it’s real work with real assets the driver has invested,” said Mr Farrar.

Mr Farrar said the ‘network economics’ Uber applies by maximising the number of drivers so that they  can outperform competitors are ‘devastating’ when applied to people.

In their court case, both argued for protecting the minimum earnings a driver makes and for Uber to stop overstocking the market. Throughout the hard battle, ADCU director Mr Aslam was motivated by the support of the community behind him.

“That was what kept me going. The Uber model, they rely on exploiting people, particularly the BAME community, people who are in vulnerable situations.

“What they want you to do is to come in, you’re so desperate that you’re going to work, you’re going to be grateful that you have a job, even if you’re early £2-3 an hour. The whole model, it’s all about reducing the fares to attract more and more customers and also having more drivers on the platform which means drivers are earning less and less.

“This model is not isolated to London, it’s happened around the world. The workers are trapped in a system, they’re desperate but then they get on with it for many reasons. A lot of it is to do with discrimination,” said Mr Aslam.

“They know that these people, because of their situation, will never rebel.”

The support from ADCU and knowledge they were waging this fight on behalf of all the drivers is what kept them going, said Mr Aslam.

“I can find the words for how grateful I am, we built the biggest union, against odds for gig workers. Uber in a way has done us a favour, because we started this campaign but we were able to help the community,” he added.

But the battle is far from over for the organisers, who now seek for the law to actually be enforced and for TFL to intervene on behalf of the drivers.

This interview has been edited for clarity