This car subsidy must end next week - for the sake of people and our planet. 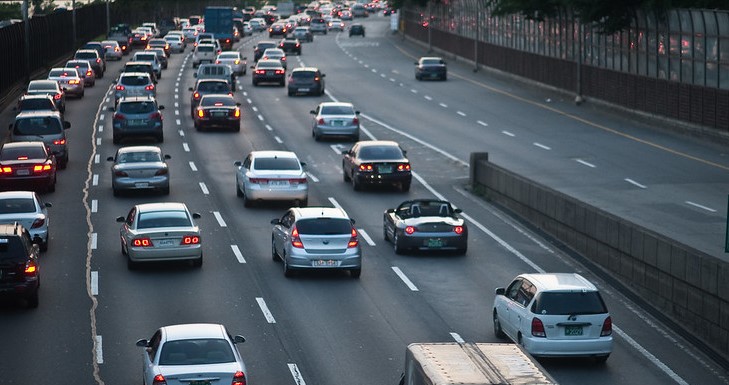 Paul Tuohy is Chief Executive of Campaign for Better Transport.

Almost a year ago, the government set out a bold transport vision that would see a net zero transport system by 2050 with people using their cars less and active travel and public transport the first choice for journeys.

This is a vision we supported, and we have seen policies and measures put in place which will begin this transformation. But there is one policy in particular which continues to undermine this vision by actively encouraging people to use their cars more and to choose driving as the first choice for journeys.

The nine-year fuel duty freeze has cost the Treasury an estimated £50 billion in lost revenue, but despite this, no Chancellor has felt brave enough to end a policy which effectively subsidises the cost of car ownership.

It is worth noting that during the same period as fuel duty has been frozen, bus fares have risen 76 per cent and rail fares by 30 per cent, making the car the more affordable choice and sending the wrong signals about travel choices.

The £50 billion in lost revenue could have been invested in sustainable transport options and other carbon reduction measures which would have helped us on the road to net zero, but the cost of the fuel duty freeze has not just been purely financial; it is estimated that the freeze has led to five per cent more traffic, 250 million fewer bus journeys, 75 million fewer rail journeys, an extra five million tonnes of CO2 and an extra 15,000 tonnes of NOx emissions.

With less than thirty years in which to reduce our carbon emissions to net zero, we cannot simply rely on electric vehicles to solve our problems, we need to be making much more progress on modal shift.

To put this into context, emissions from transport – predominantly cars and vans – now make up a third of all UK emissions. Despite individual vehicles having become more fuel efficient, overall vehicle use continues to grow, meaning total transport emissions have fallen by just two per cent in the last thirty years.

We have been calling for an end to the fuel duty freeze for years, and next week the Chancellor has the chance to address this. To encourage a greater shift to sustainable transport the Government must end the fuel duty freeze and review vehicle taxation as a matter of urgency.

Ending the fuel duty freeze is not just an environmental measure, it makes economic sense. With revenue from vehicle taxation (Vehicle Excise Duty and fuel duty) declining due to fuel efficiency and cleaner vehicles, the Treasury should be looking to move towards a system of distance-based road pricing that varies by time of day, location, vehicle type and emission levels.

Such an approach would be fairer to the consumer and to society, reflecting more closely the impacts of individual journeys (including road danger, congestion, air pollution and carbon emissions), while supporting the transition to cleaner vehicles.

On Monday, two days before the Budget, rail fares will rise by 2.6 per cent, the first inflation plus fare rise in seven years. If the Chancellor chooses to continue subsidising car ownership, whilst raising rail fares, it will be difficult to see how the Government’s own green agenda will be met.

Only when we have a taxation system in place that better reflects the true cost of motoring, and actively incentivises people to swap their cars for public transport and active travel, will we be on route to a more sustainable transport future.

You can read Campaign for Better Transport’s Budget 2021 submission in full here.