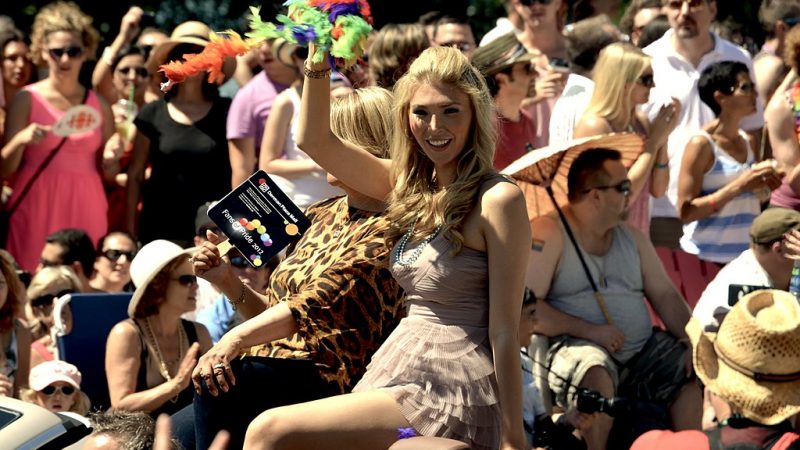 The managing editor of a British tabloid has claimed that, over the last few years, media coverage of trans people has shifted from sypmathetic personal stories to political controversy.

The anonymous editor is quoted in a report by the press regulator IPSO, saying: “The type of stories we carry has changed. When the trans thing first started 10 years ago, we used
to do simple stories about trans pioneers – the first trans pilot, for example. We did a whole series of personal, human interest stories, and wrote sympathetically about their challenges.”

But, the editor claimed: “The public has lost its appetite for these stories and they have dried up. Now it’s all about the political debate, schools, Karen White (a transgender woman who was admitted to the female prison estate and sexually assaulted inmates)”

Media analysis conducted by IPSO confirmed that, while the media is using more respectful words for trans people, since 2015 coverage has become increasingly about controversial issues like prisons, trans children and self-identification.

Towards the end of the decade though, coverage became more critical of trans people, focussing on controversy around young people transitioning, trans woman athletes winning and the alleged threat transgender women pose to cisgender women.

The report found many writers and editors felt their readers would not understand terms preferred by many trans people. For example, writers felt ‘sex change’ and ‘born male’ were easier to understand than ‘gender reassignment’ and ‘assigned male at birth’.

Editors and writers also felt plural pronouns ‘they’ and ‘them’ and the concept of ‘non-binary’ would be hard to understand. Nevetheless, the use of these terms has increased over the decade while use of words like ‘sex change’, ‘tranny’ and ‘gender bender’ has declined.

The report said the progress on terminology that has been achieved is down to society changing, social media pressure, trans people engaging with journalists, new publishing guidelines and shocking events like the suicide of Lucy Meadows.

Despite progress on certain terms though, transgender groups said they were concerned with the increasing use of phrases like ‘trans activist’ and ‘trans lobby’. One transgender community group said activist “seems like a neutral term but has a pernicious undertone”.

Another group said the term “seems to be used to demonise anything that’s done to engage in the debate. They make it sound like angry individuals, rather than organised charities which are doing their job calmly and respectfully.”

The report also found that two unreliable statistics had been widely repeated in the press. One is that there are between 600,000 and 650,000 ‘gender non-conforming’ people in the UK.

This is from a poll of 10,000 people which found just 25 respondents described themselves this way. This is too small a sample on which to draw conclusions, the report said. A more reliable estimate is expected to emerge from this year’s census.