Barring a 1997 style win, Labour will need the support (tacit or otherwise) of the SNP after the next election. 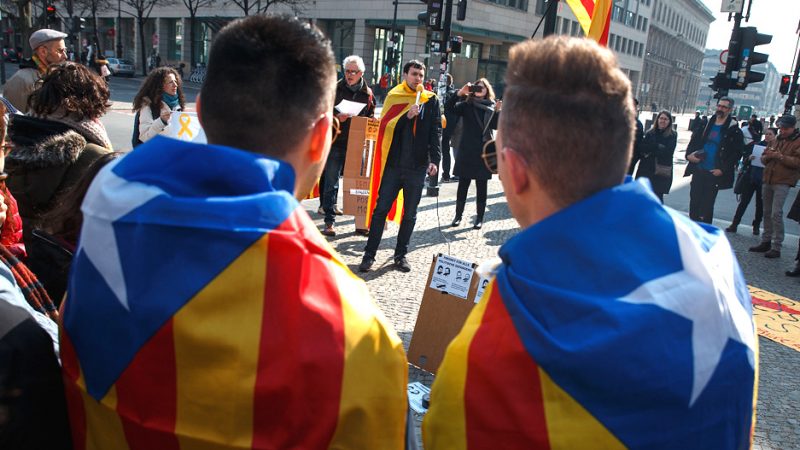 Edward Anderson is a former Labour member living in Spain and is currently a member of UGT, one of Spain’s largest Trade Unions.

On Sunday 14th February, Catalans are heading to the polls to decide who will govern for the next four years. Many eyes in Scotland will be looking at the separatist parties but an overlooked story is the remarkable resurgence of the Spanish Socialist Party (PSOE). In 2017, PSOE managed just 17 seats and were in 4th place. Now, they are on course to be the largest party in 2021. So, how has this been achieved and what lessons can Labour take from this?

The first lesson would be that turnarounds can happen, even within one electoral cycle. Much like 2017 was for Catalan PSOE, 2021 is likely to represent the nadir of Scottish Labour’s fortunes (haven’t we heard that before?). Currently Scottish Labour are set for another dispiriting 3rd place, leaderless and seemingly trapped between two brands of nationalism.

However, PSOE face no less of a challenge on that front and although you may already be pointing out that Catalan elections are purely proportional whilst Scotland has constituencies, that also increases the amount of competition for seats. So, how has PSOE repositioned themselves? A crucial area is to have a regional leader with a national profile. The leader of PSOE in Pedro Sanchez has hand picked Salvador Illa to be the lead candidate for the Catalan elections. Salvador Illa has been the National Minister for Health over the last year and the Catalan has built a significant national profile, giving weight to a campaign that has performed a remarkable turnaround.

You may tell me that Scottish Labour picks their own leader and in theory this is true. In practice, Richard Leonard saw any support evaporate once Corbyn was done and maybe it would be better if there was a much closer relationship between the two leaders to sing off the same hymn sheet. A fairer criticism is the decimation of any Scottish Labour politician that has a national profile, another consequence of the London domination of Labour and the hollowing of the party everywhere else.

All the more reason why Keir Starmer is going to have to build one and share his high popular approval rating over Johnson in Scotland with the next Scottish Labour Leader. They will have five years (no one should hold them responsible for results in 2021) to build their own brand but the onus is on Starmer to use that popularity, get up to Scotland and start to assist someone in breaking the monopoly that Nicola Sturgeon has on Scottish political coverage.

Perhaps a greater area of interest for Labour will be that although PSOE and separatists are in competition at a regional level, at the national level both separatist Junts and ERC are propping up the PSOE led government, to block any government that would include right wing parties. Looking to the UK, you can see Labour confronted with a similar arithmetic. Barring a 1997 style win, Labour will need the support (tacit or otherwise) of the SNP after the next election. It was this conundrum that hurt Ed Miliband so much in 2015 when the Conservatives played this card (to then desperately cling to the DUP post 2017). That’s no guarantee that the Conservative Party, much like PSOE’s national opponents, will not try the same tactic.

The solution then is not to hide from the question but lay down the gauntlet to the SNP. In Spain, PSOE never denies they seek to form a government and dares the separatists to vote them out. Should Labour come out and state clearly that if it is mathematically possible, they will try to form a government, it will then be up to the SNP to decide whether they want to continue to support a Tory government.

If SNP do support Labour, it may start to see them seep votes to the Conservatives and bring constituency seats back into play at Assembly and National level. However, should the SNP refuse to bring down a Tory government, then Scottish Labour can spend the next electoral cycle reminding voters exactly who is responsible for the Conservatives being in power. By adopting an honest approach, Labour can ensure the luxury of bathing in permanent opposition for the SNP is over.

Labour have never won a General Election without being first in Scotland. The 100th target seat by vote swing for Labour is Na h-Eileanan an Iar. The 126th seat that would give Labour a majority? Dunbartonshire West. For as long as it remains part of the United Kingdom, the fate of the Labour Party is tied to that of Scotland and however they do it, Labour have to find a way back in Scotland. Perhaps results in Catalonia will give them hope that such a recovery is possible.