Nicola Sturgeon is facing growing calls to back an ambitious shift in Scotland's work culture. 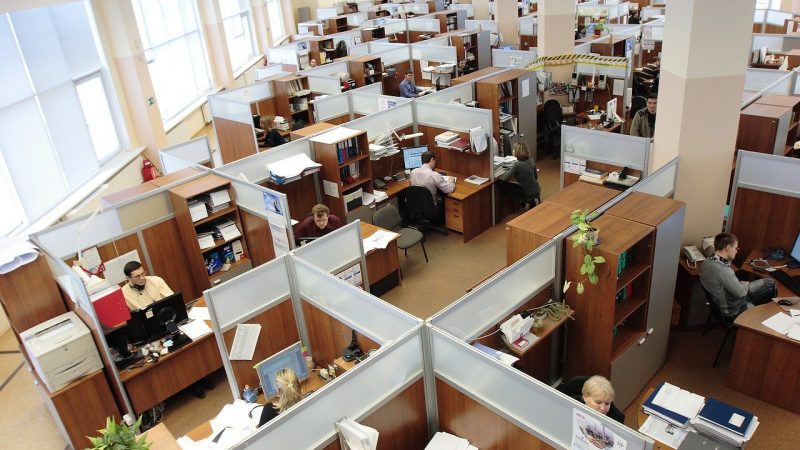 The Scottish Greens have joined in calls for First Minister Nicola Sturgeon to introduce a four-day working week.

The 32-hour working week policy was part of the Scottish Greens’ manifesto. It was also an integral component of the party’s ‘A Green New Deal for Scotland’s Workers’ report.

The standard full-time working week in the UK of around 37.5 hours has been a widespread practice since the end of the Second World War. In the report, the Greens’ allude to how significant productivity gains among workers have been made since 1945. It states that a four-day working week would bring many benefits to employees, such as enabling them to spend more time with their families, thereby improving work/life balance and mental health. It also points to research that demonstrates that switching to a shorter week does not hinder output. For example, fewer sick days would be taken.

Due to a reduction in commutes, shortening the working week could also have a positive impact on the environment, improving air quality and reducing the carbon footprint of workers.

Patrick Harvie, co-leader of Scottish Greens, commented: “We need to rebuild an economy based on decent work, fair wages and economic security.

The Greens’ demands for a four-day working week mirror those of trade unions, which are also urging Scotland to move to a shorter working week in response to the pandemic.

The Scottish Trades Union Congress (STUC) is pushing for Nicola Sturgeon to introduce a national subsidiary for companies that switch to a 32-hour working week without any loss to pay.

STUC signals to Spain, where a similar pilot scheme is being rolled out. The socialist-led Spanish government is providing €50 million in funding to companies that test the effectiveness of a four-day working week. The aim of the project is to see if productivity and wellbeing can be increased through a shorter working week, while maintaining employees’ salaries.

A motion passed at the SNP conference in November 2020, said a four-day working week should be part of a wider review of working practices in an independent Scotland.

In a letter to Sturgeon, supporters of the reduction to the duration of the working week say there is opportunity for change as the Covid-19 pandemic has “thrown the world of work totally in the air.”

“People’s Recovery” from the pandemic

Talking to LFF, Roz Foyer, STUC General Secretary, said a four-day week could play a key role in what the STUC calls a “People’s Recovery” from the pandemic.

“There have been major technological developments resulting in increased productivity over the last hundred years.  We have become progressively more productive yet are still expected to work the same amount of hours as before,” said Foyer.

“As we face the economic fallout from the Coronavirus pandemic, shorter working hours are a way to share work more equally across the economy.

“Workers deserve time.  Time with loved ones, time to help their community, time for learning, time for their health.  A 4-day week, as well as being good for the environment and the economy, is good for workers.

“If the government really wants to tackle poor mental health, and for the economy to recover from the pandemic, it should put its money where its mouth is and create a national subsidy for companies which switch to a 32-hour working week with no loss of pay.  Additionally, the Scottish Government has a role as a direct employer, and can take a lead with its own directly employed staff and it’s funding for public services,” Foyer continued.

Backed by the majority of Scots

A shorter working week without the threat of loss of pay is something that is welcomed by a majority of people in Scotland.

According to Joe Ryle, Campaign Officer for the 4 Day Week, campaigners for a shorter working week to benefit society, the economy, the environment and democracy, a 32-hour working week with no loss of pay is backed by a big majority of Scots, SNP members, the trade union movement and Scottish businesses, and that Nicola Sturgeon has “no excuses for not acting.”

“Nicola Sturgeon should listen to her own party members and set Scotland on the path to a four-day week,” said Ryle.

Calls for Nicola Sturgeon to consider shortening workers’ hours by subsidising companies, follows comments made earlier this year that Scottish independence is needed to properly protect workers’ rights in Scotland. Drew Hendry, SNP Shadow Business Secretary, said “the only way” to protect the rights of workers from a “devastating Brexit assault” is through Scottish independence.

The comments were made amid reports that the UK government is preparing to tear up key worker protections enshrined by EU law.