Wales' move to bring railways back into public hands is welcomed by nationalisation campaigners. 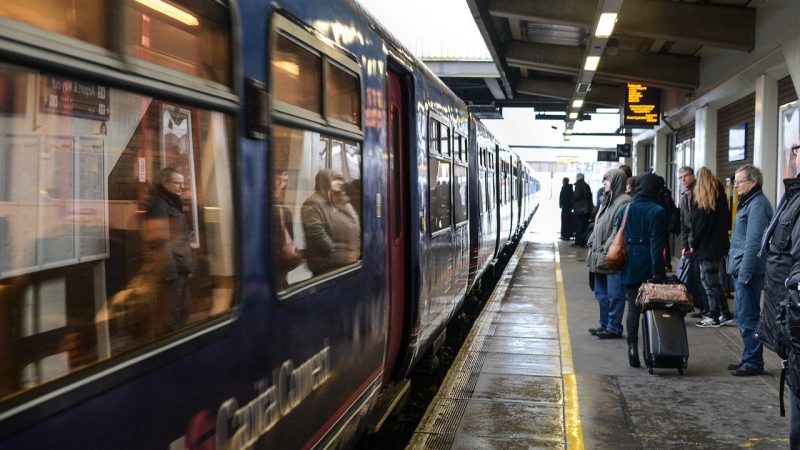 The Welsh government has officially taken the Wales and Borders rail franchise into public ownership. The move poses the question – could UK and Scottish Transport learn from their example?

According to a statement issued by the Welsh government, the move is designed to protect services, safeguard jobs, and deliver infrastructure improvements. Proposals of a public takeover were first announced in October 2020, amid a significant reduction in passenger numbers.

The Wales and Borders franchises have been branded as Transport for Wales but operated by KeolisAmey since October 2018, when the company was awarded a €6 billion contract to transform the 1,623km Wales and the Border network over the course of 15 years.

However, just two years later, the Welsh government announced that the franchise would be transferred to a publicly owned operator.

During the pandemic, rail services in Wales have witnessed a significant reduction in passenger numbers. Uncertainty is proliferating as to whether passenger numbers will return to pre-pandemic levels in the near future.

For the public good

Ken Skates, Minister for Economy, Transport and North Wales, said: “Our rail service is a critical asset and one we must protect. Since the pandemic began, we’ve provided significant financial support to keep trains running. The need for greater public control is a reflection of the ongoing pressures of coronavirus and the challenges being faced across the rail industry as passenger demand remains low.

“Bringing the rail franchise into public control will help secure this better future for passengers. It is a public transport asset, in public ownership, for the public good.”

When the devolved Labour-led Welsh government confirmed the day-to-day services were to be run by a publicly owned company, Welsh Tories criticised the move, questioning how much nationalisation will cost taxpayers.

However, the financial risk of the Wales and Borders rail franchise had already been taken over by taxpayers under a £65 million agreement signed in May 2020. An ‘Emergency Measures Agreement’ was approved to help Transport for Wales rail services cope with the ongoing effects of the Covid-19 pandemic.

In response to the Welsh Tories’ questioning of the move, Helen Mary Jones, Plaid Cymru transport spokeswoman, had said her party: “Has always maintained that our railways should be brought into public hands and the government put passengers before profit.”

Wales’ move to nationalise its rail services poses questions around the nationalisation of the UK rail network. Britain’s railway system has been privatised since the mid-1990s. Critics of the privatisation claim it has been starved of investment ever since.

Prior to the pandemic, rail usage was surging in Britain and the system had started to crack under the weight of years of under-investment. On top of a fraying service, passengers have faced steep increases in fares. 2018 was an especially problematic year for the UK rail network, with passengers facing long delays to routine services.

In 2015 – in what was he first major policy call – Jeremy Corbyn announced a rail nationalisation plan to bring back rail franchises into public hands. Keir Starmer has remained committed to Corbyn’s plans to bring railways into public control.  Despite Labour’s calls to bring trains back under state control, Tories have repeatedly defended the rail franchising system.

The Covid-19 crisis has exposed the UK’s underlying economic weakness. It has also shown how it would be possible to pump large sums of money into a railway system that has been crumbling for years and hit especially hard by the pandemic.

As Jim McMahon, Shadow Secretary of State for Transport, said: “The Chancellor Rishi Sunak has found the magic money tree. We need to find the same determination to fund the railway, and the recovery from Covid, as we found to fund our way through the pandemic.”

As well as protecting jobs, by creating a more integrated and convenient transport system through public ownership, Wales hopes it is in a better position to tackle climate change by encouraging more people to use public transport.

The Welsh government’s move to put its rail network in the hands of the public has been praised by nationalisation campaigners. Bring Back British Rail – which campaigns for a re-unified national rail run for people not profit – commended the move, tweeting:

“Today we celebrate the @TfWRail franchise being brought back into public ownership by the @WelshGovernment after 25 years of privatisation. Why don’t @ScotGov and @TransportGovUK learn from their example? Stop the bailouts. It’s time to #TakeBackOurTrains.”

Mick Whelan, general secretary of ASLEF, the train drivers’ union, shares similar support, telling LFF: ‘We welcomed the Welsh government’s move which, we believe, will bring about sustained investment and a holistic approach to planning that will help deliver a vertically-integrated railway run for the people of Wales – not for foreign corporations – but this relies on proper investment from the UK government.”