Free schools meals are failing to reach many of those who need them most in Wales. 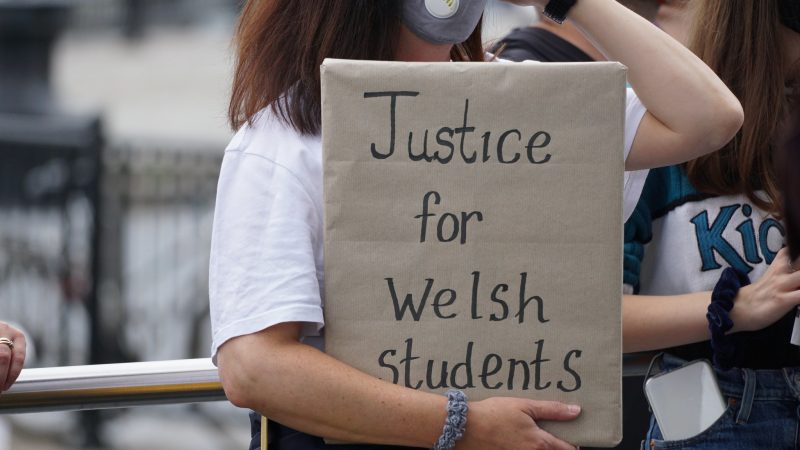 Leanne Wood, Member of Senedd for the Rhondda, and Plaid Cymru Shadow Minister for Justice and Equalities

Wales is often cited as an example of what good looks like when it comes to free school meals, yet half of Welsh children live below the UK poverty line and are not eligible for free school meals. Leanne Wood, equalities spokesperson, and former Leader of Plaid Cymru, puts forward the argument for including more children in Wales’ free school meals offering.

The summer of 2020 may not stand out for great sporting moments, but people from sport stood out. No one stood out more than Marcus Rashford. The footballer’s tireless campaigning ensured that children who received free school meals in England continued to receive food vouchers over the school holidays.

In contrast, the Labour Government in Wales had already pledged to continue their free school meals scheme over the school holidays, and for this reason, avoided the same scrutiny that was levelled on the Tory Westminster government.

And as a Labour-Liberal Democrat coalition administration, it is not a stretch to believe that the Welsh Government values would be aligned with feeding children who come from families in poverty, right?

Well, no, not quite.

Free schools meals are failing to reach many of those who need them most in Wales.

First came findings from the Child Poverty Action Group – a charity set up in 1965 to work on behalf of the more than one in four children in the UK growing up in poverty. They found that half of children in poverty in Wales are missing out on free school meals. That’s over 70,000 children!

What’s more, the results of the Labour Government’s own review into Child Poverty have come to the same conclusion. This was a report that was meant to be published in 2020 but the Labour Government refused to publish it. Instead, it was obtained through a Freedom of Information request by Plaid Cymru earlier this year.

It’s a question Plaid Cymru has repeatedly raised with the Labour Government, and always the same answer comes back – it’s a ‘cost thing’. But in making other policy choices a priority, Labour in Wales has effectively put a price on eradicating child poverty.

The benefits of a free school meal are about more than just stopping a child go hungry – a regular, nutritious meal can improve a child’s performance at school, and their health overall, and thereby offset some of the injustices and inequalities caused by poverty.

The argument that there isn’t enough money would be a fair one if it were true.

Plaid Cymru has found a way to include the additional 70,000 from families that live below the poverty line in our budget, and it’s something we will be pledging in our manifesto. We have found a way for the Labour Welsh Government to finance it from unallocated funding in next year’s draft budget.

In our opposition day debate in the Senedd next week we will call on the Welsh Government to ensure that the unallocated fiscal resource in the draft 2021-22 budget is used in the final budget for 2021-22 to expand free school meal eligibility criteria to include all children in families in receipt of universal credit or equivalent benefit and any child in a family with no recourse to public funds.

The calculations have all been done by the Labour Government in Wales themselves. The cost of expanding free school meals to all children in families in receipt of Universal Credit would be between £33 – 101 million. There is almost £689 million unallocated cash in the draft budget for next year. There is a way, we’re just lacking the political will.

A compassionate government would ensure that no child goes to school hungry or to bed cold, and to that end, a Plaid Cymru Government will make sure that none of these children go hungry.

While I would love for someone like Marcus Rashford to take up the mantle for the 70,000 in Wales currently going hungry, my plea is that the Labour Government sees sense and rights this wrong before it’s too late. Otherwise, to use footballing parlance, this would be a clear own goal.