Debt-ridden Brits need some relief - and they need it now, writes Natalie Bennett ahead of next week's budget. 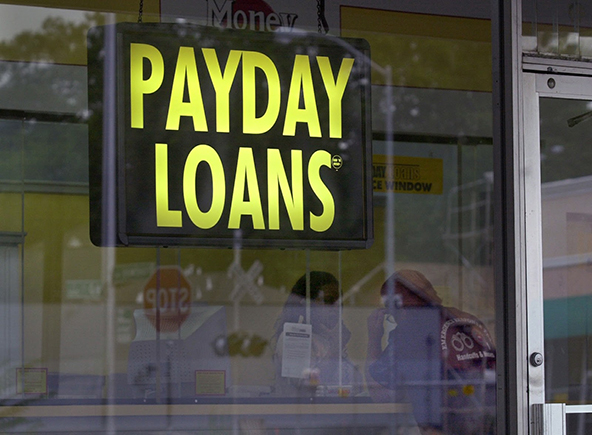 Natalie Bennett is a Green party peer in the House of Lords and a Contributing Editor for Left Foot Forward.

Around 2010, I used to knock on doors in a block of flats in Highgate in North London, a generally rich area that nonetheless housed on council estates some very financially deprived people.

You’d approach a door and hear a television playing, children running and giggling, Then you’d knock, and silence would descend, perhaps punctuated by the occasional “shhh”. You’d fill out a “Sorry You Were Out” card and drop it through the letterbox, aware this was a family for which a person at the door was a cause of actual fear.

Talking to debt advisors and support workers then, it seemed that for most of these families, the fear of the bailiff arose from the need to borrow to deal with a sudden crisis – a broken washing machine or a work-essential car needing expensive repairs – and there was growing understanding of how payday and other predatory lenders could make that cost escalate at dizzying speed.

Sometimes, a household had fallen for the barrage of credit card offers that descended through doors – I lived in an ex-council flat so I saw them too. Both of those debt issues have, to a large degree, been dealt with by regulatory change.

Now, however, what debt advisors and experts report is a vastly more widespread problem. Debt arises not from a single disaster, but from the day-to-day inadequacy of income – usually a combination of low wages and slashed benefits, that never supply the funds to get to the end of the month. Debt mounts gradually, inexorably, over time – council tax, rent, utility bills – and even resort to the food bank isn’t enough to stop that.

For millions of Britain, “finance” means being trapped and “over-indebted”. That’s the situation of one in five adults (more than 8 million people), according to the Financial Conduct Authority. Even if we were to suddenly, miraculously, be able to snap our fingers and lift the minimum wage to the real living wage, and ensure benefits reached the level needed  – a very loud snap indeed – there’d still be a huge mound of debt remaining.

The poorest, with less than £50 in what is calculated as “spare” funds per month, can access Debt Relief Orders, which allow discharge of all debts after one year. For those with significant assets, Individual Voluntary Arrangements or bankruptcy are options, but there’s a large number of people in the middle not now catered for by law, for whom the government is seeking to cover with new Statutory Debt Repayment Plans. But those debts are expected to continue to be paid off for up to 10 years – a huge period to be weighed down.

About half of the debt total they owe has already been sold by the originating lender to one of about 10 large secondary debt agencies. They typically pay less than 10p in the pound for those debts – and are often now the companies chasing council tax, utility and other essential arrears, frequently vigorously. A presentation given by the Chair of the Credit Services Association  indicated that the total value of debt purchased by these firms in 2018/19 was £55.6 billion.

The potential profits are huge, and the suffering great. That’s a human cost, and also a massive financial cost to all of society, the debt charity Step Change calculating that at £8.3 billion a year.

Which is why an amendment I’m moving, supported by the Bishop of St Albans, to the Financial Services Bill, calls for “fair debt write down”. The Centre for Responsible Credit has been the key advisor on it and has produced a briefing on it. The amendment says those companies should not be able to claim more than 20% of the debt on top of what they paid for it – and that debt should be fully discharged at the end of the debt repayment plan.

As well as the argument for fairness for individuals, there’s also a macroeconomic argument here. The secondary market allows originating lenders – where they are part of the financial sector – to move non-performing loans off their balance sheets, so they can meet the prudential requirements set by the Bank of England in making new loans.

But that risks a further cycle of boom and bust. The price that is paid for debt by purchasing firms is determined by their expected returns.

All of these issues have, of course, been massively magnified by Covid-19. But my argument for the amendment doesn’t rest on that. The pandemic has highlighted and increased many problems of poverty and inequality in our society, but it didn’t cause them.

Our low wage, insecure employment practices and benefit sanctions need to be held up to the light and demonstrated for the destructive realities they are, not allowed to hide behind the virus, albeit that its impact strengthens the urgent case for action in ensuring that individuals and households can answer a knock at the door without fear.