On Monday Labour will use a daily motion to force a vote on protecting owners and renters living in the unsafe dwellings. 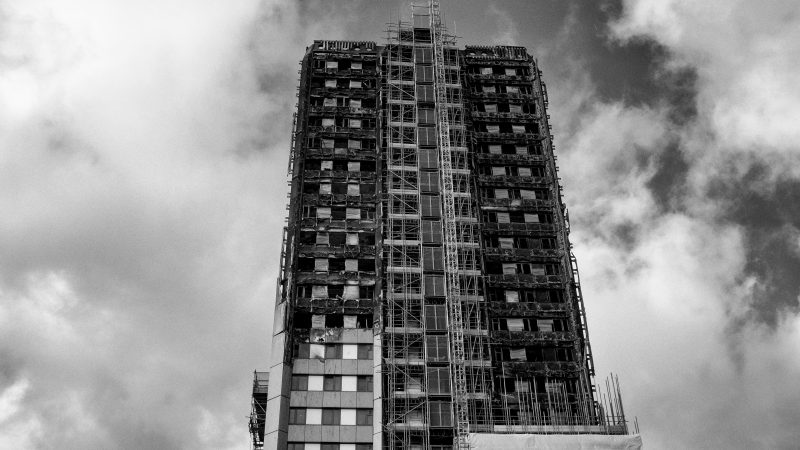 Labour has called for the government to address the ‘unacceptable’ scandal of millions of people living in flats clad with dangerous flammable materials. Keir Starmer is urging the creation of a national cladding taskforce to tackle the plight of of Britons living in deathtraps who are facing massive costs and are unable to sell their homes.

On Monday Labour will use a daily motion to force a vote on protecting owners and renters living in the unsafe dwellings.

Three and a half years after the Grenfell Tower tragedy, the party says 11million people are living in buildings clad in material similar to the ones which contributed to the fire’s spread. Many were led to bankruptcy due to significant bills for remedial works and fire patrols, while owners are trapped in flats whose value has plummeted and that are impossible to mortgage.

The morning ahead of the vote, the Labour leader visited a block of flats in southeast London where residents are facing bankruptcy due to mounting cladding bills.

Starmer tweeted: “Three and a half years after Grenfell it’s unacceptable that people are still living in unsafe and unsellable homes.

“The Government must set up a National Cladding Taskforce and ensure leaseholders are not burdened with fixing problems they did not cause.”

Labour is asking for the set-up of an Australian-style cladding taskforce, such as the one set in Victoria which sought to ‘identify, prioritise and remediate’ dangerous buildings.

MPs will be asking for immediate ‘up-front funding’ to remove the deadly cladding as carry out other urgent fire safety work. They are also asking for leaseholders and taxpayers to protect by going after those responsible for the cladding scandal for costs.

Labour’s demands include a legally enforceable 2022 deadline to make homes safe, legislation to protect residents from homes, ensuring that affected residents can sell and remortgage and stamping out rogue builders by reforming the sector.

While £1.6bn in funding was allocated by ministers to remove the deadly cladding, critics say the amount has not reached residents and that much more is needed.

End Our Cladding Scandal campaigner Paul Afshar told Left Foot Forward: “It’s been four years since the Grenfell tragedy and millions of homeowners, like myself, are trapped in unsellable flats with dangerous cladding.

“We are faced with crippling costs, sometimes up to £50,000, just to make our homes safe, while the companies that created the cladding crisis are being let off the hook. Ministers have promised 15 times to protect us from costs but there has been no action yet. We hope what’s happening today in Parliament changes that.”

The Commons vote is non-binding and largely symbolic, but it is hoped that it will raise the profile of the issue and put pressure on the Tories to take action.