BP is responsible for more CO2 emissions than the entire nation of India. 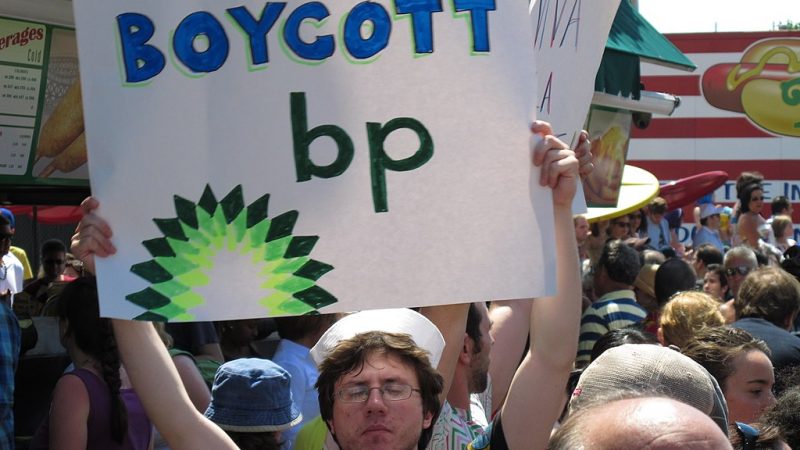 The co-leader of the Green Party has blasted the decision to award an honour to an American BP oil executive who oversaw the extraction of oil in Alaska.

On Thursday, the government announced that the Queen would award an honorary ‘Order of the British Empire’ to John Mingé for “services to British business in the United States of America”.

Mingé has worked for BP for over 30 years, overseeing the pumping up of oil and gas in Indonesia, Vietnam and Alaska before becoming President of BP America in 2013.

Green Party co-leader Jonathan Bartley told Left Foot Forward: “In a year when the UK is chair of the COP climate summit it is frankly insulting that a man who has knowingly contributed in such a huge way to the climate crisis we all now face should be honoured in this way.”

He added: “It is hard to see how other countries are supposed to take the UK seriously when it comes to making climate commitments if it so clearly prioritises making a small number of people extremely rich at the expense of the entire planet.

“Companies such as BP have done more damage to our climate than almost anybody else, and to be rewarded for this is simply unacceptable. John Minge should not be awarded an OBE.”

Analysis by the Guardian suggests that BP is the world’s sixth-most polluting company, responsible for releasing 32bn tons of CO2 equivalent over its history. This is around the same as the nation of India.

Although Mingé’s hononour is for services to “British business”, BP’s links to Britain have weakened over recent decades. It used to be majority owned by the British state and known as first the Anglo-Iranian oil company and then ‘British Petroleum’.

It was privatised under Margaret Thacher’s government and later rebranded as BP. Its website says it “has a larger economic footprint in the USA than in any other country”.