Regulators and unions are the answer. 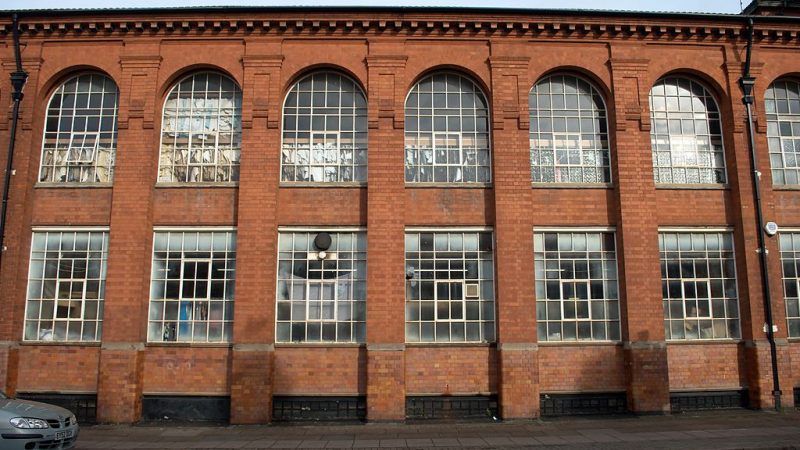 Claudia Webbe is the Labour MP for Leicester East

Exploitation in Leicester’s garment industry has been an ‘open secret’ and widely reported and studied for at least a decade, yet successive governments have failed to act.

Despite the extended media focus, as we embark on a new year, the central questions remain unanswered – what progress has been made, and who is protecting workers in Leicester’s garment industry?

As a member of parliament’s Environmental Audit Committee (EAC), I was able to encourage a follow-up public inquiry on fashion sustainability, including the re-examination of Leicester’s Garment Industry. The committee heard evidence from a wide range of experts and from garment retailers themselves.

So what needs to change? Is it possible for us to hold to account brands, buyers and retailers? So far they’ve gone unregulated and built massive profits to become billionaires and tycoons, whilst workers in their supply chains live in poverty earning far less than the minimum wage?

Traidcraft Exchange argue one of the reasons grocery companies have not been able to build the same levels of excessive wealth is because they are largely regulated in law by a Groceries Code Adjudicator.

Arguably, the introduction of the Groceries Code Adjudicator in the food sector has successfully reduced abusive purchasing practices of the UK’s largest food retailers.

Both Traidcraft Exchange and Labour Behind the Label (an organisation dedicated to labour rights in the global garment industry) believe that a similar approach could be undertaken with the introduction of a Garment Trading Adjudicator.

This they argue could ensure that payment terms to suppliers are fair –  including offering recourse to solution on late order cancellations; delays in payments; unfair or illegal deductions –  all of which have a knock on effect on employment at supplier factories and the ability of suppliers to pay legal wages and provide secure employment.

As was revealed in the recent report undertaken by Alison Levitt QC; boohoo did not have written contracts with their suppliers. Adopting code-compliant written supply agreements was one of the first steps of the Groceries Code Adjudicator in the food sector to improve purchasing practices.

The British Retail Consortium (BRC) estimate that workers in Leicester’s apparel manufacturing are underpaid a staggering total of £2.1 million per week. The BRC are in favour of a ‘Fit-to-Trade’ licensing scheme so that no factory could operate unless it was approved by the labour enforcement agencies.

Whilst this would be a welcome step in the right direction, it would not go far enough. One of the main reasons why these appalling instances of workplace exploitation in Leicester have been able to exist unchecked, is that ten years of austerity has severely downgraded our regulatory institutions.

The budget of the Health and Safety Executive was slashed by £100 million, or 46%, since 2010. The budget of Her Majesties Revenue and Customs (HMRC), which is meant to enforce the minimum wage, was 40% less in 2016 than in 2000, and staffing levels were reduced by approximately 50% over the same period.

In 2021, HMRC’s National Minimum Wage Team remains significantly under-resourced, meaning the risk of inspection is low. The most recent report by the Director of Labour Market Strategy states that “the average employer can expect an inspection around once every 500 years”.

Rights are meaningless if they are not properly enforced; the cuts to regulatory bodies must be urgently reversed to ensure the safety and fair pay of those at work.

Crucially, Trade Unions must also be actively involved in labour market inspections. Unions are the best line of defence against workplace exploitation, and employers and the government must open the door for their involvement.

Unions must be granted access to Leicester workplaces to inform workers about the benefits of union membership and collective bargaining. It also must be made easier for working people to negotiate collectively with their employer and the scope of collective bargaining rights must also be widened.

With clothes that routinely cost less than £5, it is clear that ‘fast fashion’ giants like boohoo are posing a grave threat to our environment. Indeed, boohoo’s recent ‘Black Friday’ sales reduced some garments to as little as 6p. Environmental sustainability should not be an optional extra for companies, instead it should be a mandatory feature across the garment industry.

Boohoo’s answer to this crisis is to deflect by claiming they do not have responsibility for companies or factories in their supply chain because they do not directly own them.

This speaks to the central problem of the fashion industries regulatory framework – that there is no existing duty to prevent exploitation by brands who are supplied by manufacturers in Leicester and across the UK.

It has been disappointing to hear boohoo repeatedly hide behind the fact that suppliers are third party businesses. In my view, a statutory Mandatory Human Rights and Due Diligence responsibility must be introduced for the entire textile and clothing industry.

Since the publication of their own review by Alison Levitt QC in September 2020, boohoo still have not published a full list of their suppliers – despite promising to do so. This only begs the question, what are they attempting to hide?

Boohoo must sign the Transparency Pledge and make all its supplier details public – at home and abroad. This is especially concerning given the company’s recent acquisition of Debenhams as well as several Arcadia group brands this week.

Boohoo must also end the practice of terminating ties with suppliers without paying back wages. The company claims to have exited from 64 Leicester factories in recent months. Yet a recent investigation found that 71% of suppliers were violating the minimum wage.

Under the UN guiding principles on business and human rights, employers have a duty to remedy human rights violations that are uncovered. Therefore, boohoo must make funding immediately available to ensure that all workers who have enabled their huge profits are fully compensated for years of working at less than half the minimum wage.

In his evidence to the Environmental Audit Committee, boohoo’s billionaire CEO Mr Mahmud Kamani stated that “it’s very easy for us to take all our production offshore … lots of people in the fashion industry have moved offshore. We are still here and sometimes, sometimes, it feels like we get punished for it.”

It is true that the crisis in the textiles industry is global in its scale. An estimated $3.7bn US of orders were cancelled in Bangladesh alone in spring this year. A conservative guess of wages lost by garment workers worldwide, excluding China, for the months of March, April, and May 2020 amounts to between $3.19 and $5.79 billion. It is vital that we end the exploitation of workers across the world.

So, rather than threatening to take their business abroad, Kamani and boohoo must take responsibility for their role within this crisis. It bears repeating that the recent Levitt Inquiry, commissioned by boohoo themselves, found that boohoo were aware of endemic workers’ rights abuses in Leicester’s garment industry.

By procuring garments from companies that routinely under-report hours, force employees to work in buildings that pose a severe fire, health and safety risk and which pay as little as four times lower than the legal minimum wage – boohoo has been complicit in severe instances of exploitation.

Yet they chose to ignore the plight of workers in order to seek ever-higher profits, as sales of clothes made by suppliers in Leicester have also helped reward boohoo’s bosses with bonuses worth £150 million.

As I said in the Environmental Audit Committee meeting; Billionaires exist when and where employers are exploited. We cannot allow companies to get away with this predatory business model, in which corporate profits are prioritised above human rights and wellbeing. We can no longer ignore the scale of the crisis in our garment industry. Parliament has all the evidence and recommendations; 2021 is the year for the government to finally act.