There's more to the party's leadership battle than 'left' versus 'right'. 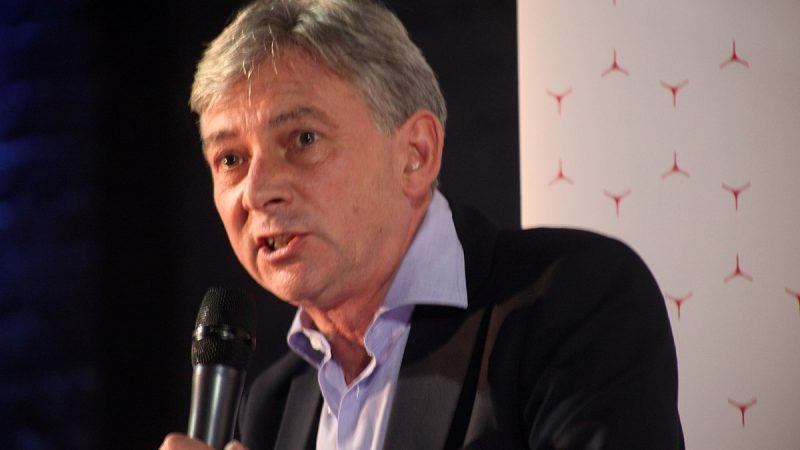 “I have come to the conclusion it is in the best interests of the party that I step aside as leader of Scottish Labour with immediate effect. This was not an easy decision, but after three years I feel it is the right one for me and for the party.”

Last week’s resignation was the unavoidable conclusion of a long and unhappy battle for embattled former Scottish Labour leader Richard Leonard. After three years of splits and poor polling, the writing had been on the wall for sometime. There had rarely been a quiet moment, with public spats and division from almost the moment he took office.

The infighting peaked last September, when he faced-down an unsuccessful coup attempt by his parliamentary colleagues. Unfortunately for Leonard it wasn’t enough. With no upturn in his political fortunes since then, and renewed speculation about his position, he chose last week to finally call it a day.

There are still questions about what the final straw was. According to The Times, his decision followed high level meetings with the UK party and threats by major donors to pull funding. However, LabourList was told that the crucial change was the shift in the balance of the Scottish Executive Committee and the increased likelihood of a vote of no confidence.

Both versions could have some true, or neither. But, in any case, the bigger question is what happens next.

At first it looked like it would be a coronation. On Saturday evening Leonard’s one-time leadership rival, Anas Sarwar MSP, used an article in the Observer to announce his candidacy. It came with the backing of big-hitters, including Scottish Labour’s sole MP Ian Murray and former leaders Jack McConnell and Iain Gray.

Sarwar has the backing of most MSPs and will be starting as the favourite. He is an experienced media performer and has built a high public profile, having served as former deputy leader of the Scottish party and having played a big public role in the 2014 independence referendum.

However, late on Sunday evening a challenger emerged, with Monica Lennon MSP announcing on Twitter that she was also standing. Lennon is the party’s sports and health spokesperson and has proved herself a formidable campaigner. Last year she led a successful public and parliamentary campaign for Scotland to become the first country in the UK to provide free sanitary products.

Either would represent a generational shift, with both being first-term MSPs (Sarwar was an MP from 2010-15). It is likely that a left/right narrative will take root in coverage and commentary, with Lennon being cited as the choice of the left. But it’s not that simple.

Lennon is among those that nominated Leonard to be leader in 2017, but she does not have any particular association with the most left wing elements of the party, or with Jeremy Corbyn. The main differences are likely to be in terms of presentation, emphasis and strategy rather than the fundamentals of policy.

One exception that is already shaping up to be a big fault-line is their different approaches to the national question. Lennon has said that she does not think Labour should try to block a second referendum if there is a parliamentary majority for it, arguing that she is not in favour of independence, but she is “in favour of democracy.” If this was to become policy it would represent a sea-change in the party’s position.

In 2019 Lennon was one of only two MSPs that broke the party whip by abstaining on a parliamentary vote that called for a second referendum. Her approach has won plaudits from a number of independence supporters, but it also suggests that if elected she will find it hard to unite her parliamentary colleagues or the wider party on the question ahead of the Scottish Parliamentary elections that are scheduled for May.

Regardless of who is elected, they will have a very difficult start. If current polling is anything to go by then May 6th could be a bruising night.

In 2015 the then new Scottish Labour leader Kezia Dugdale took the reigns shortly before an election and led the party to a grueling defeat. Her leadership was never allowed to recover. Despite her abilities, the poisoned chalice she had been handed ensured she could not regain the support or authority that she needed to do her job. She resigned two years later. Within 18 months of resigning she had left parliament.

It is these cultural problems that will be the hardest to overcome. As I wrote for this website last year: “The last three leaders have covered the political spectrum, with Jim Murphy coming from the right of the party, Dugdale from the centre and Leonard from the left. None have been able to break-through to the public, and none has managed to stop the briefings or unify the party. The problems and failings are not individual, they are institutional.”

If the same fate is to be avoided then whichever candidate wins will need to be given a greater degree of backing and support than any of their recent predecessors have had.

Due to the impending election, the contest will take place on a vastly accelerated timeline, with the new leader taking office in February. The only way for any positives to be wrestled from the current maise will be if it allows the party to reinvigorate and unite, rather than splitting it further. Unfortunately, with the party having had 10 leaders since devolution began in 1999, few will be holding their breath.