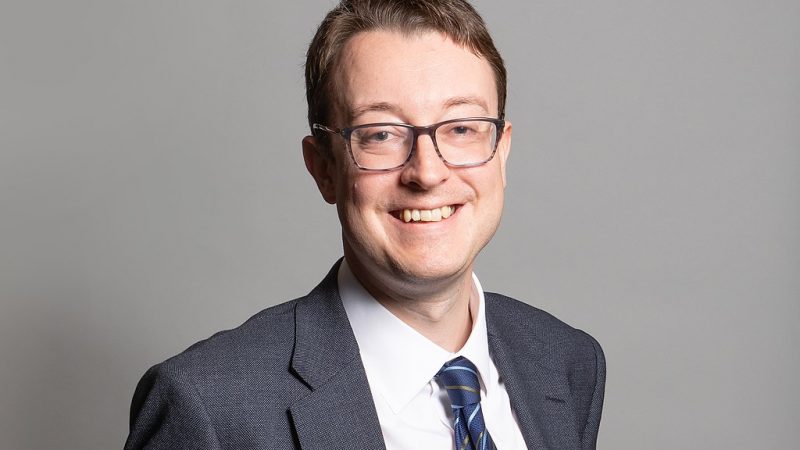 One woman shared a photo showing a free school meal bag for 10 days from catering company Chartwells, which was criticised for being nowhere near enough food.

In response to the outrage, Clarke said: “There are a lot of people seeking to whip up a storm on Twitter tonight. Too much to hope in age of instant outrage to wait for the facts before jumping in. DfE are likewise investigating.”

Clarke is a 32-year old former lawyer who was educated at a private school and then Oxford University. Several Twitter users accused him of being “out of touch”.

Many shared examples of their own food bags which they said were unacceptable. One mum said it was “utterly disgusting” while another said: “Hampers! That is a pitiful amount of rubbish”.

Angry comments then started flooding in at Clarke’s tweet. One person said: “I have received over 500 messages so far – just tonight – including from local council employees, heads, furloughed employees of the companies providing these parcels Simon. Sit down and listen to people who are suffering rather than try to weakly parrot a party line on this one.”

Clarke later wrote about what the government is doing regarding free school meals. He said: “Spoke to the Minister this morning re free school meals. National voucher scheme starts imminently. In the interim school caterers have been issued with clear guidance about the food to provide in their parcels. The DfE are investigating the one highlighted last night.”

The government has taken a different line to Clarke. Home Secretary Priti Patel said the meal packages were “appalling” and that “action should be taken”.

Chartwells have since responded to the post. A spokesperson for Chartwells said the picture showed five days of lunches not ten and that the charge was £10.50 not £30 and this included packing and distribution.

Later, a Chartwells spokesperson told LFF they would refund the costs of any substandard parcels, contact every school to understand where any shortages were and apologise and make sure the food hampers now reflect the government’s additional £3.50 spending.