Remote learning is beset with problems. Ministers need to look at other options, argues Omar Salem. 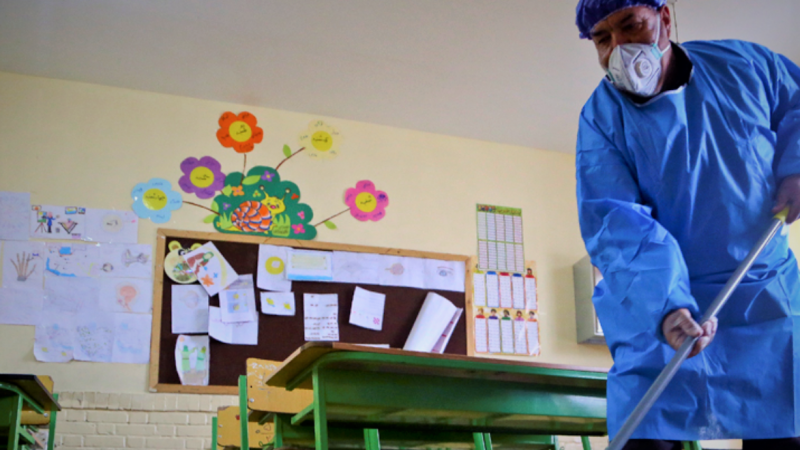 The Government has faced an invidious choice on whether to close schools in England in response to the ravages of the Covid pandemic.

On the one hand, the new Covid variant is rampant with the NHS under unprecedented strain. On the other hand, closing schools is bad for children’s education, as wells as difficult for parents and employers. It is easy to blame the Government for the situation that has arisen due to their incompetence, but we are where we are.

The education unions, including the usually tame National Association of Headteachers and Association of School and College Leaders, called last week for all schools to be closed and learning to be shifted online.

The joint General Secretary of the National Education Union, Dr Mary Bousted, told BBC Breakfast: “We know that pupils now can transmit the virus through their homes, through to their families and into the community, they’re the most effective transmitter of the virus. You combine that with the new variant being up to 70% more infective than the previous Covid virus which was very infective, then it’s clear we have to do something to break the chain of rising levels of infection in our community.” Crucially, the risk that needs to be assessed is not just that directly to schoolchildren but to teachers and children’s families. It was a call that was eventually heeded – but not before plenty of disruptive dithering.

During this current period of remote learning, the education unions want new measures to contain the virus, such as mass testing, to be put in place in schools. This is an imperfect solution given the evidence that remote teaching does not work for many children, particularly the most deprived and younger children. It also seems optimistic that all schools and schoolchildren can be set up for remote learning at no notice.

Amanda Spielman, the Ofsted chief inspector, has raised concerns about the impact of remote learning on children’s education. A recent report from Ofsted highlighted challenges with remote learning, although this mainly focussed on scenarios where individual school children or bubbles were isolating, rather than remote learning for entire schools, which may allow more scope for real-time contact between teachers and schoolchildren.

While replacing face-to-face with remote learning is problematic, keeping schools open was clearly not feasible, with the National Education Union telling  its members working in primary schools that it is unsafe to return to the school and that they have a legal right not to return to work. An approach of remote learning also risks continued uncertainty around when school will restart which makes it harder for parents and employers to plan.

There’s another solution: to shift the whole of the school year back for all schools in England, by perhaps until the after the February half-term, so that school is closed until then, with teachers having holiday. Teaching would then take place in some of the Easter and summer holidays, so that no face-to-face teaching time is lost. This could allow time to hold exams later in the year than usual, rather than cancel them as is currently planned. In the meantime, the most vulnerable, including those who are teachers, could be vaccinated and measures such as mass testing could be put in place for schools. Teachers could also be moved up in the prioritisation for vaccination. This approach would allow for a more planned and better managed approach than a stop-start approach inconsistently across the country.

This proposal is far from ideal but it is probably better than the alternatives, not least the haphazard approach currently being pursued. Schools are to be closed until 1 February, but there is little certainty that they will reopen then.

Shifting the term back would be inconvenient for teachers but it would help protect their health and could be offset by a compensatory bonus payment. It could also be the start of moving towards a more balanced school year in the future, with a shorter summer term, over which more deprived children disproportionately fall behind. This approach would of course also need to be discussed with the education trade unions.

Covid has forced us to make difficult decisions. Our response should not just be a matter of weighing the pros and cons of different options but also thinking creatively to broaden the range of options. Shifting the school term back could be the best way to balance protecting people’s health and furthering schoolchildren’s education.

Omar Salem is the founder of Better Daddies.