Joshua Bennett Lovell implores his fellow councillors to join and lead the fight against government cuts. 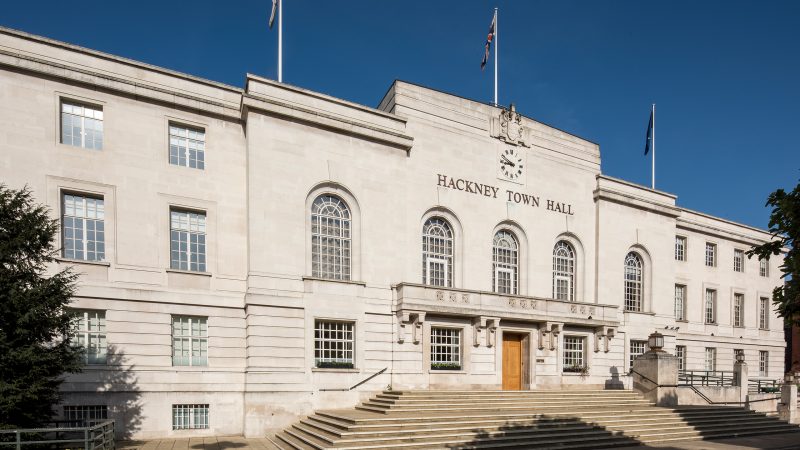 The past decade in local government has been defined largely by one thing: cuts. And if this government has their way, this will be the story for the next decade too. Rishi Sunak has heaped yet more misery on councils. His November budget provided £5bn less than the Tory leadership of the Local Government Association said is necessary just to “stay afloat”. Following the disastrous impact of the pandemic on councils’ finances, we are facing a new wave of cuts.

Although the impact may not have kicked in fully across the country yet, cases like Luton and Croydon Councils show clearly where many are heading. In Luton, £22m of emergency cuts were introduced in July. In November and December, Croydon Council issued back-to-back ‘Section 114’ notices. These notices are made when financial projections effectively show that the annual expenditure of a council exceeds its income. They place significant restrictions on new spending, and practically result in council services being reduced to a statutory minimum (as was the case for Northamptonshire County Council in 2018). The impact on the communities we serve and on council employees as a result of these cuts is grave: vital children’s centres will be closed, urgent school repairs cancelled, and new charges introduced, for instance, for the collection of green waste, impairing our ability to tackle climate change.

Neither Luton nor Croydon are unique. Many other authorities have already signalled the possibility they may also issue Section 114 notices, and all councils face drastic decisions. Of course, we know that it is Labour councils hit hardest. In June the Guardian reported that of the fifty councils most affected by cuts, 28 are Labour-led, 14 in no-overall-control, two led by the Lib Dems – and just six by the Tories. Underlying this political vendetta is the reality that poorer areas are losing out most.

As Labour councillors we are all too aware of how the Tories have defunded local government, gutted local democracy, and cynically tried to pin the blame on councils and councillors. However, it would be wrong to claim that Labour councils have been vigorously campaigning against these cuts. In some cases, they have effectively championed them, and in none have they shown enough fight. Shameful examples like Tower Hamlets’ mass fire-and-rehire plans – resisted by union members with strikes and demonstrations backed by the borough’s CLPs – demonstrate clearly a chasm between what our party should be doing, and what elements of our local government leadership are doing.

In 2018, our Labour leadership in the LGA launched the Councils at Breaking Point campaign, with three simple and essential demands: rescind the planned 2019 cuts, provide an emergency £4bn extra for children’s services and adult social care, and implement a plan to restore funding to 2010 levels in four years. It was a good first step, rightly highlighting where blame should lie and amassing good media attention.

Yet this campaign was abandoned. A series of councils passed motions; but this was no substitute for organising among our local Labour Parties and union branches, nor taking the fight out into our communities. Instead of taking these next steps, Breaking Point literally stopped within months.

Two years on, the situation is even worse – and yet we have near-silence from the party nationally and from our councils. If our council leaders and the wider party were vocally expressing similar demands to those of Breaking Point, we would be in a better position now. But if we are to force major concessions from the Tories, and win any lasting changes, a serious fightback is necessary, with coordinated action from council workers, party activists, the wider labour movement, and a concerted drive to take the arguments to the public.

Councillors could and should play a crucial role in this fightback. As community leaders and political representatives, we not only have an obligation to those who elected us, but also great possibilities to campaign on these issues. There are numerous things Labour councillors, and even more entire Labour councils, can do. In so far as these issues have been debated, these have tended to focus on voting against implementing cuts. Whilst that debate is absolutely necessary, the first step is surely more simple: helping workers and communities to build campaigns locally – and even more basically, to loudly indict what the government is doing, and demand it is stopped and reversed.

Reading the official statements from Croydon’s Labour council about the disastrous situation inflicted on them, we might be left wondering if we have even forgotten how to fight. Far from trying to rouse up indignation and struggle against cuts, these are barely condemned, with some statements even coming close to presenting these as an opportunity. With potential mass outsourcing, redundancies across the board, and a levelling down of conditions for council staff, the situation facing Croydon residents and council workers is dire. We cannot back away from saying this.

But the reality appears that no Labour council is loudly agitating against cuts and for restored funding, let alone helping to build active campaigns to win these goals.

I believe we have seen elements of the kind of campaigning needed, for example in local battles against academisation of our schools, such as those to save Greenwich’s John Roan school, and locally to me, the Hands Off Barclay campaign in Stevenage last year. This demonstrated the power of united parents, students, staff and community activists; although we didn’t win, we built our activist base, and I was proud as the local councillor to help build such an inspiring campaign – we stood up to the County Council, the local Tory MP and the Government, and this showed that councillors shouldn’t just be public figures, but public organisers too.

There is no reason that as councillors, we cannot help to build similarly vibrant campaigns around local government funding – coordinated, these have real potential to win big given the existing government’s exploitable weaknesses. This kind of campaigning however will take place irrespective of our involvement; the question is whether we use our positions to help rather than hinder. If that means greater scrutiny and discussion of our role as councillors – frankly, that is a good thing.

If we don’t fight, we make the Tories’ demolition job easier and only ensure disaster. We need to ask ourselves why we became Labour councillors, Labour representatives, and what we are doing. We must start seriously helping the labour movement and our communities stand up and fight back.