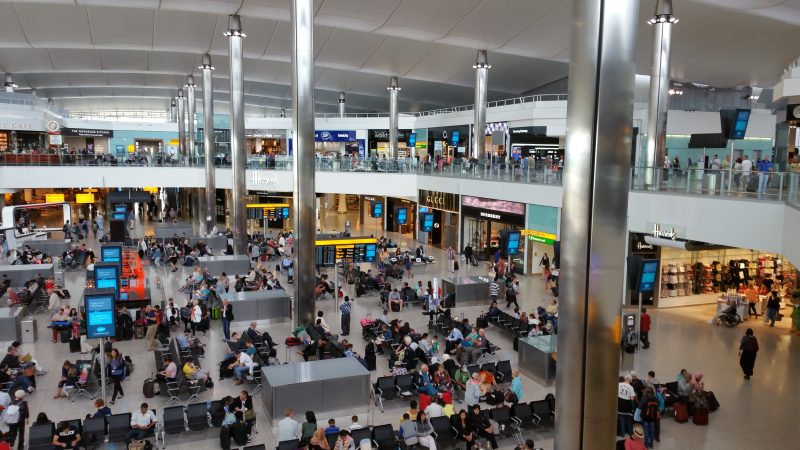 Labour has accused the Government of leaving the United Kingdom “completely exposed” to worrying new strains of Covid-19 coming from overseas.

After the Health Secretary said this week that he is “incredibly worried” about the so-called ‘South African mutation’, analysis from Shadow Home Secretary Nick Thomas-Symonds MP reveals that just three in every 100 UK arrivals are checked to ensure they are complying with quarantine measures.

In a letter to Home Secretary, Priti Patel MP, he raises concerns that the Government has left the nation’s “doors unlocked” to COVID mutations and calls on the Government to implement “an urgent review and improvement plan of quarantine arrangements needs to be implemented”. The Shadow Home Secretary says that the latest figures suggest “Britain’s defence against strains coming from overseas is effectively non-existent.”

Labour’s analysis shows that the Isolation Assurance Service – the Government’s system for ensuring quarantine compliance – didn’t contact over 1.9 million of the two million passengers spot checked by Border Force between June and September.

The Government describes the system as “vital as it supports the track and trace process and controls the spread of the virus”.

Thomas-Symonds also points out that the failure raises further questions about the use of taxpayer money by the Government during the pandemic and says the government must now come clean. The contract for IAS was handed to Sitel but full details of the agreement, including the total cost to the taxpayer and whether the Government put in place penalties for under-performance, has never been revealed.

Sitel, along with Serco, have also been awarded many of the contracts for the Government’s £22 billion track and trace system. Health ministers have previously confirmed that penalties were not included in test and trace contracts with Serco or Sitel.

The Home Office data reveals that between 8 June – 7 September, 1,966,394 people were spot checked by Border Force on arrival. But there was only successful contact made by Isolation Assurance Service to eligible UK arrivals to 66,773 people. The IAS only attempted to reach 149,579.

It means IAS managed to reach just 3.4 per cent of those spot checked by Border Force as needing to quarantine.

The Government initially claimed that one in five people would be contacted for compliance.

The findings come as most of the UK goes into stricter lockdown measures today, following concerns over how rapidly the new Covid variant is spreading.

Government sources described the figures unearthed by Labour as inaccurate, but did not say how.

A Government spokesperson told LFF: “The figures in this letter are inaccurate. Border Force have conducted more than 3 million spot checks and PHE [Isolation Assurance Service] have been contacting a further 1,500 people each day.

“We are determined to reduce the spread of coronavirus. Our stringent measures, such compulsory Passenger Locator Forms and spot checks both at the border and during quarantine periods, have seen a high level of compliance. Direct flights from South Africa have also been suspended.”

I write in relation to the worrying situation regarding the health measures at the UK border.

Recently published Government statistics show the worryingly low number of people who have been contacted to ensure compliance with Covid quarantine measures for travellers who have returned back from countries that are not deemed ‘travel corridors’ by the UK Government.

As you will be aware, the Government’s own published data for Border Force has shown a woeful level of attempts to ensure people have been successfully contacted by Sitel, the company contracted to contact travellers and ensure they are complying with quarantine conditions that the Isolation Assurance Service (IAS) monitors.

Home Office data shows that between 8 June and 7 September 2020, 1,966,394 people were spot-checked by Border Force at the Border.  IAS attempted to reach 149,579 people, which equates to 7.6 per cent of those checked by Border Force at the Border. However, successful contact made by IAS to eligible UK arrivals was just 66,773.  This means that IAS successfully communicated with just 3.4 per cent of those spot checked by Border Force when they entered the UK, therefore revealing that just three in every 100 UK arrivals were checked that they were complying with quarantine restrictions that you, yourself, introduced.

These are deeply concerning statistics and show that efforts to track, trace and isolate cases coming into the UK have been completely undermined.

There have been consistent failings from the Government since the outbreak of the pandemic. It is especially worrying given the concerns regarding mutation of the virus that emerged in South Africa, which the Health Secretary rightly said is “incredibly worrying”. However, the lack of a robust quarantine system as a result of shortcomings from the Government mean that it is virtually impossible to keep a grip on this spread or other variants that may come from overseas, leaving the UK defenceless, and completely exposed, with the nation’s doors unlocked to further COVID mutations.

I would be grateful of you could answer the following questions:

– How many passengers have been spot-checked at the Border by UK Border Force from 8 September to December 31 2020?

– What is the latest number of individuals contacted by Sitel and any wider IAS services?

– How many people have had enforcement action taken against them for breaches of quarantine restrictions?

It is now clear that an urgent review and improvement plan of quarantine arrangements needs to be implemented, not least as it is concerning that we may be seeing increasing numbers of variant strains of the virus across the world and leaves the UK’s defence against strains coming from overseas effectively non-existent.

I call on you to take urgent action, before further delays cause yet more damage.